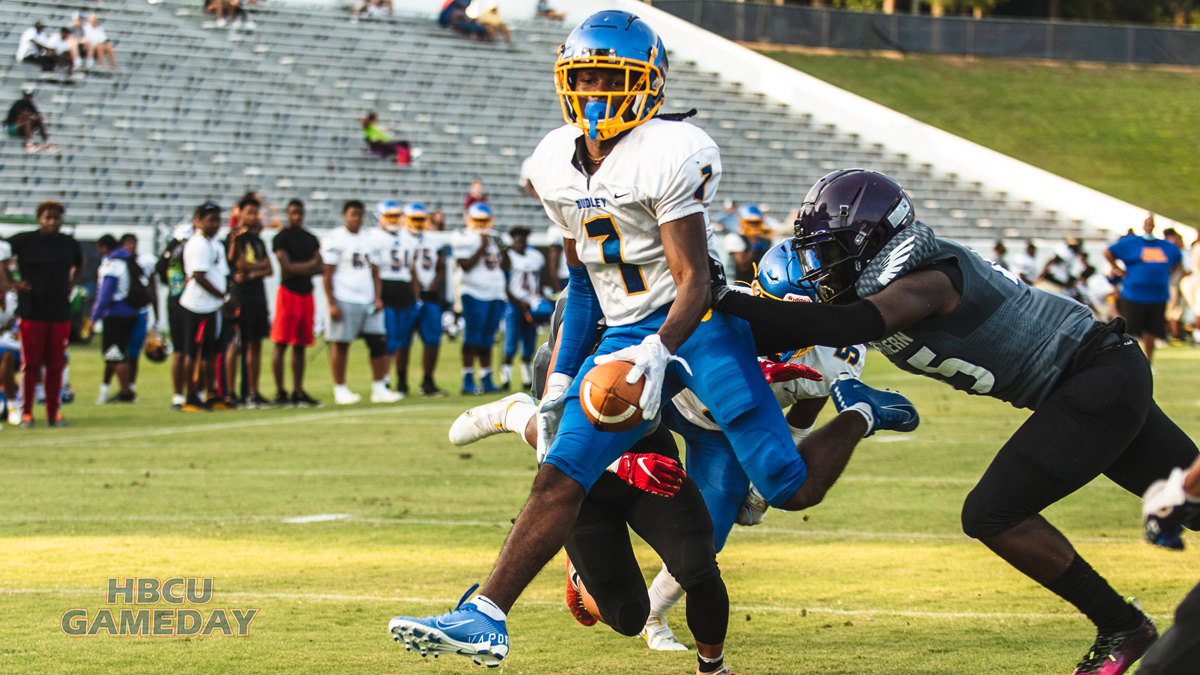 Mehki Wall a is a two-sport star rated as a three-star wide receiver on the football field. Several HBCUs are shooting their shots at him.

GREENSBORO, NC — A year from now, if you see the name Mehki Wall on your HBCU’s football (and track) roster, you should be excited.

Rated as a three-star by 247Sports, the rising senior from Greensbro Dudley is listed at 5’10, 165 pounds. He’s also an accomplished hurdler, winning individual state 3A titles in both the 110m and 300m hurdles. He has 27 touchdowns in 33 career football games. During the COVID-shortened high school football season this spring, he had 31 receptions, 459 yards, and five touchdowns while running for three more and adding two on special teams.

“Going into my senior year, I’m focusing on getting a ring in football,” he said. “In indoor and outdoor (track) season, make sure I get another ring in those,” he told HighSchoolOT.com. I’m just trying to walk out with some jewelry on my hand. Just have faith in my teammates to see how far we can go and everything because that’s all we need: faith and each other. I’m just trying to get a ring and go down in history at Dudley.”

Wall looked every bit the explosive athlete that his scouting report has billed him to be. He scored multiple times on both short and deep passes. He also got active in the blocking game, which is always a plus for a star receiver.

To be sure, collegiate coaches have taken note. He’s got offers from UNC, Duke, North Carolina State, Wake Forest, Syracuse and several other FBS schools like ODU and Liberty. He’s also been offered by HBCUs like Florida A&M, Alabama A&M, Norfolk State and North Carolina A&T.

Of the HBCUs, Norfolk State might have helped its chances by offering Mehki Wall a dual football and track scholarship. Wall’s father, Michael Wall, played football at NC Central in the 1990s. He was a part of a defense that featured several future HBCU coaches, including NSU’s Dawson Odums and NC Central’s Trei Oliver.

Wherever he decides to go, we’ll all have to keep a look out for Mehki Wall during the 2021 football season.