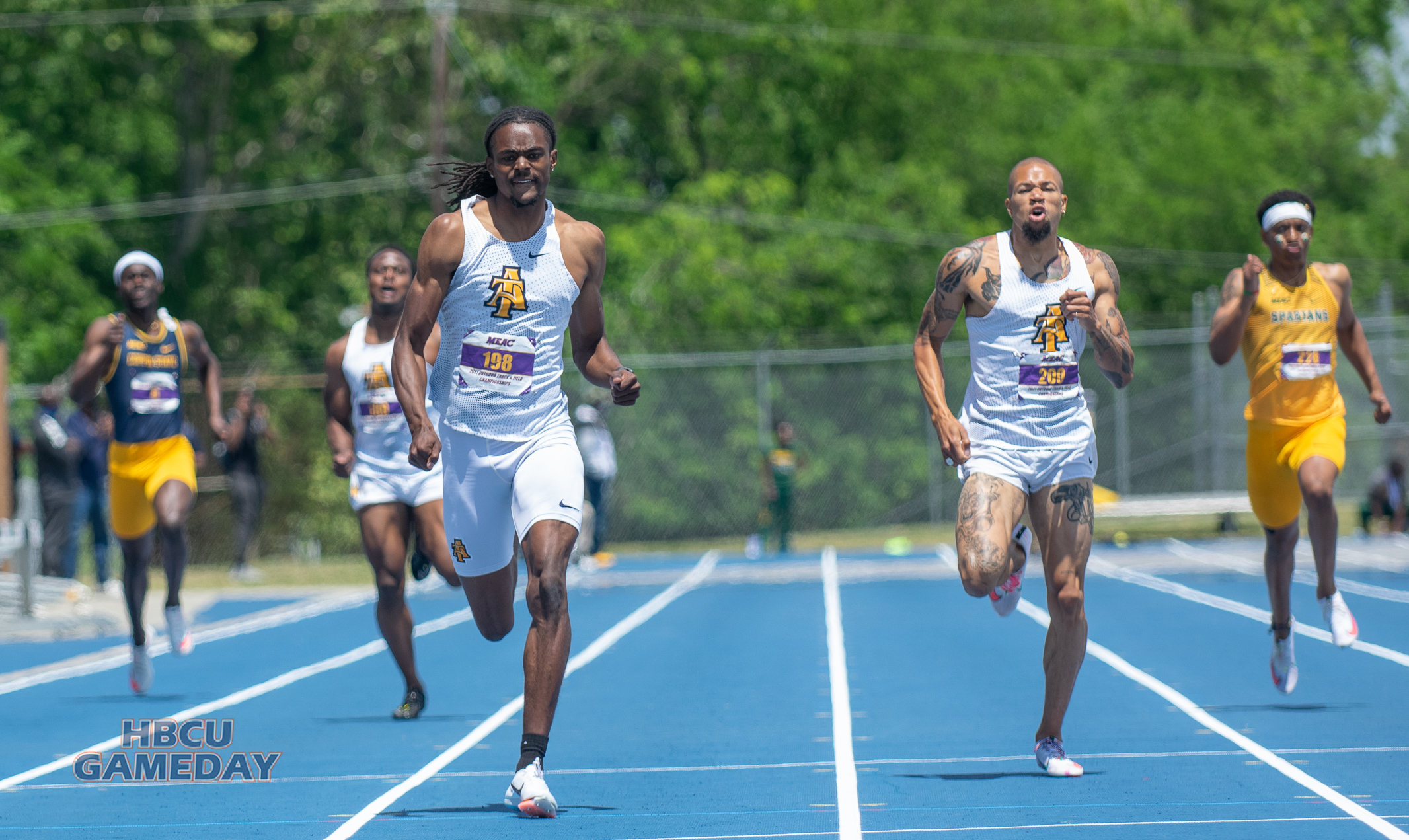 The track and field portion of the Tokyo Olympics is winding down, and the two athletes from NC A&T are still chasing immortality.

The North Carolina A&T duo of Trevor Stewart and Randolph Ross teamed up to help Team USA’s 4x400m relay squad advance to the finals of the event. The USA won its heat with a time of 2:57.77. The finals will be shown on Saturday at 8:45 AM EST.

Stewart started the race for the Americans, a role-reversal from his usual spot as the anchor leg on North Carolina A&T’s record-breaking, national championship squad. He got the race off to a solid start, keeping pace with Botswana before handing off to Ross. It was a role reversal for Ross as well, as he runs third on the NC A&T 4×400 team.

Ross, a two-time national champion (400m and 4x400m relay), ran with the type of coldly efficient speed we’ve come to expect to see from the young man who just completed his sophomore season. His lap helped place the Americans solidly in front of the field for the duration of the event.

It was a solid comeback for Ross after seeing his 400m open medal hopes end after just one race. Stewart already has a bronze medal in his back pocket from the 4x400m mixed relay earlier in the week, but the USA squad has a legit shot at winning the 4x400m gold. And it could do so with two members of the same HBCU program.

Livingstone College alumna Quanera Hayes did not fare quite as well in the 400m The 29-year-old USA champion finished seventh in her heat with a time of 50.88 after running a 49.81 to qualify for the final. American Allyson Felix finished third in the event, securing a bronze medal. Hayes didn’t run in the 4x400m relay earlier in the week as she focused on her oen event.