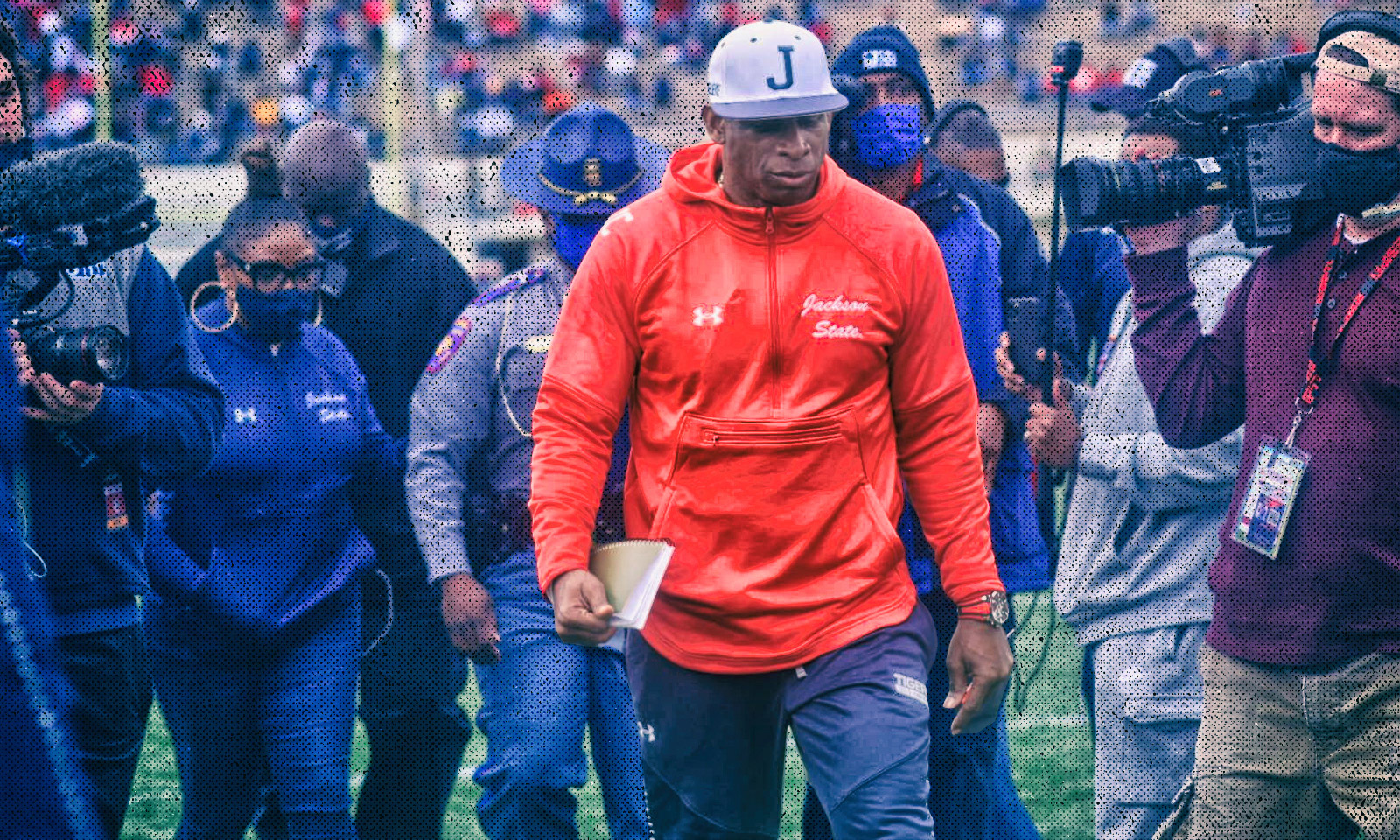 This week, Jackson State begins its training camp for the much anticipated fall season under head coach Deion Sanders.

JSU reported to campus to begin training camp in preparation for the Orange Blossom Classic set for Labor Day Weekend in Miami on Monday.

Players began arriving before 9 a.m. on Monday to the Athletics & Assembly Center to go through a battery of checks and procedures including Housing, Academic Affairs, and Covid-19 Testing. And with the new NIL (Name, Image, and Likeness) opportunities, there was even time made available to discuss marketing.

The Tigers spent much of the summer on strength and conditioning and installing offense and defense with a team that is 75% different from the spring. But according to Sanders, there isn’t but one thing on the agenda for August.

“From this point on, everything we do is in preparation for FAMU,” he said.
“Not Week Two. Not Week Three. But Week One.

No Issues with Fitness Test

After the check-in, the players proceeded to the Walter Payton Center for enrichment programming. Speakers from Student Affairs, Sports Information, and representatives from local Law Enforcement made up of former JSU Players spoke to the team.

In the afternoon session, it was time for the Training Camp Fitness Test, which consisted of a one-mile run and five forty-yard sprints with only 15 seconds of rest between sprints.

Grouped by position, there were some impressive performances. Nyles Gaddy, the University of Tennessee transfer who recently accompanied Sanders to SWAC Media Day, led the way in the mile run. South Carolina transfer Shilo Sanders showed off his speed during the defensive back 40-yard sprints.

Gaddy and Shedeur Sanders recently sat down with Thee Pregame Show and spoke about the upcoming fall season. See the full interview here:

“We want to see who’s ready to compete and who can compete in plays back to back,” Coach Sanders said. “Any guy out here can run a fast 40 time, but who can run them back to back without any drop-off? Who can we count on to stay in the game for consecutive plays?”

During the evening session of Day One, the Tigers gathered for team meetings for defense and offense. The group went over expectations for the next thirty days and beyond. Defensive Coordinator Dennis Thurman told his group ‘We only have one goal.’

“To win the championship,” he said “That’s it.”

The Clock is Ticking

Sanders has said that no college team has a bigger expectation to not only win but win it all this year than Jackson State. With only 30 days remaining before their first test against SWAC East Division opponent FAMU, there’s not a lot of time to waste.