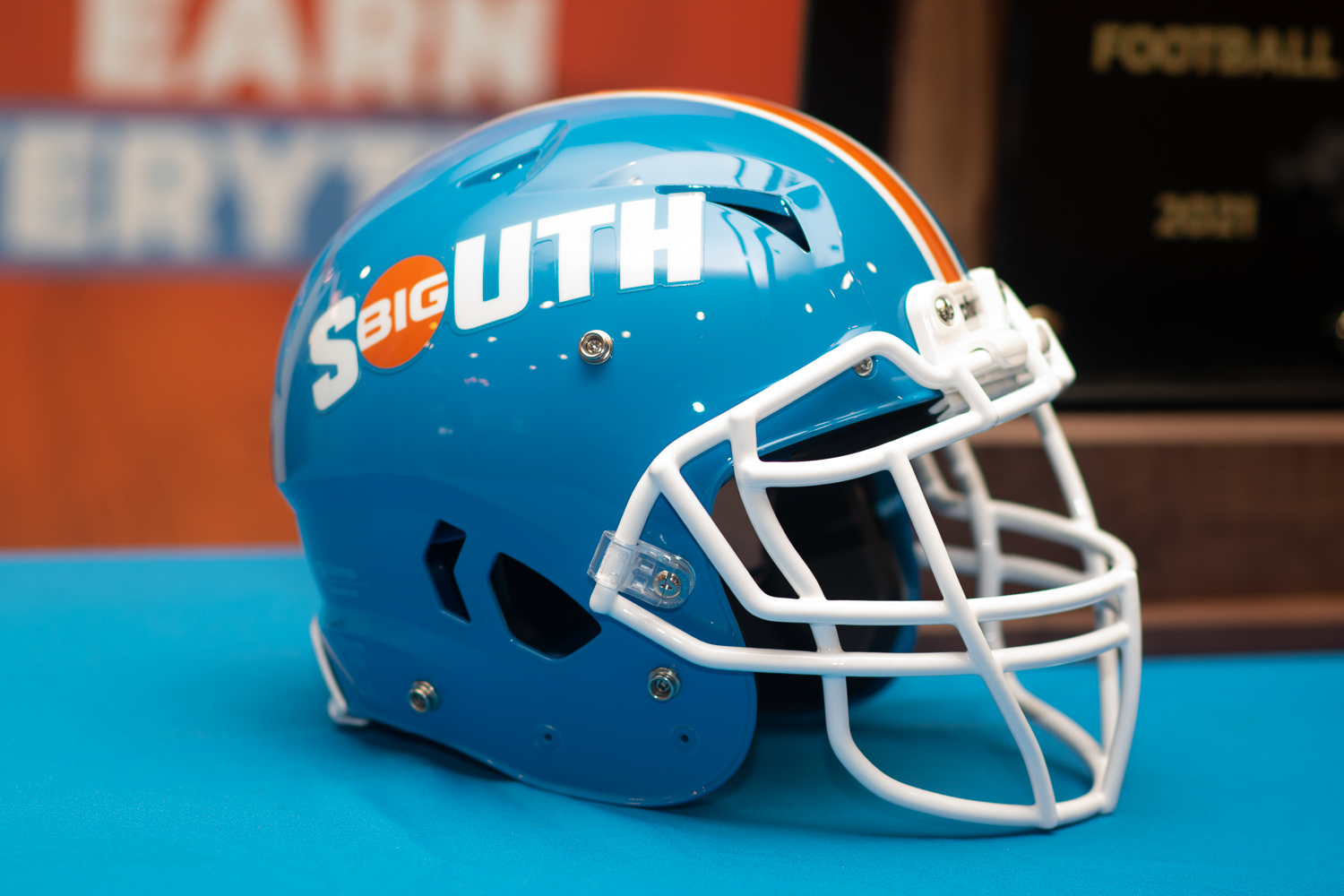 The Big South Conference, like it or not, is a part of HBCU football. The Gameday Crew rolled up to catch the vibes.

The Big South held its annual media day in Charlotte on Tuesday and at least two firsts were made. It was the first time in the conference’s 20 year history that it had two historically black colleges and universities as member institutions — North Carolina A&T joined Hampton in the league earlier this month — and it was the first time HBCU Gameday made an appearance.

Obviously one was more significant for the conference than the other, but it was a red-letter date for HBCU Gameday as well. Our resident cinematographer Wali Pitt was there making sure everything looked and sounded good. New contributor Lut Williams, editor of the Black College Sports Page grilled coaches and student-athletes about everything from offensive styles to why A&T allowed Alcorn State to score so many points.

I was along for the ride as well. So here are three things that stand out from our first-ever trip to Big South Media Day.

The Big South media congregation was similar to the MEAC

Having been to that event in Norfolk six or so times, the number of media outlets in South Charlotte to cover the event was modest. Besides our three man crew there we spotted Joe Sirera of the Greensboro News and Record who came to cover the Aggies debut. Mitchell Northam was there covering Robert Morris for Pittsburgh Sports Now. And there was a solid assortment of Charlotte TV media as well as WXII of Winston-Salem, also there to talk about the Aggies.

That’s similar to the pre-pandemic lineup of HBCU Gameday, the Black College Sports Page, the Triangle Tribune, BoxToRow, and Jonas Pope IV who has covered North Carolina Central in the past as well as a couple local TV outlets. But again, that was pre-pandemic when Zoom was just a song by the Commodores. It will be interesting to see who shows up in person again for the MEAC.

But, let’s be clear, there was no comparison to the numbers we saw last week at the SWAC. Respectfully.

There are a lot of black coaches in the Big South

Five of the conference’s nine members are coached by African-Americans. Of course, there’s Hampton’s Robert Prunty and North Carolina A&T’s Sam Washington. But there is also former Carolina Panthers safety Mike Minter at Campbell. Charleston Southern head coach Autry Denson actually coached at Bethune-Cookman under Brian Jenkins. Robert Morris is led by Bernard Clark Jr. who twice served as defensive coordinator at Hampton (2009, 2012-13). Keep in mind, there are only six football programs in the MEAC at this point.

A&T already has the respect and attention of its opponents

While it was great not trying to have to talk to players and coaches at 12 schools as we did the previous week in Birmingham, we made it our business to talk to others schools about the addition of A&T. All had nothing but good things to say about the program and its winning tradition of late. Monmouth head coach Kevin Callahan said when he found out they would be playing A&T at GHOE he admitted he didn’t know anything about it, but he had some aides do some research and they were impressed.

A&T fans may have felt slighted that they weren’t predicted to finish first — but they would feel that way if they were a 5-5 team. It will be playing in a league that had Monmouth give eventually FCS champion Sam Houston State all it could muster this spring and a Kennesaw State program that has averaged 1.2 conference losses since 2015. A&T got about as much respect as you could expect coming in with three players named on the preseason all-conference team. It will be up to them to move the needle forward in the regular season.

Overall, it was a good maiden voyage for HBCU Gameday at the Big South.