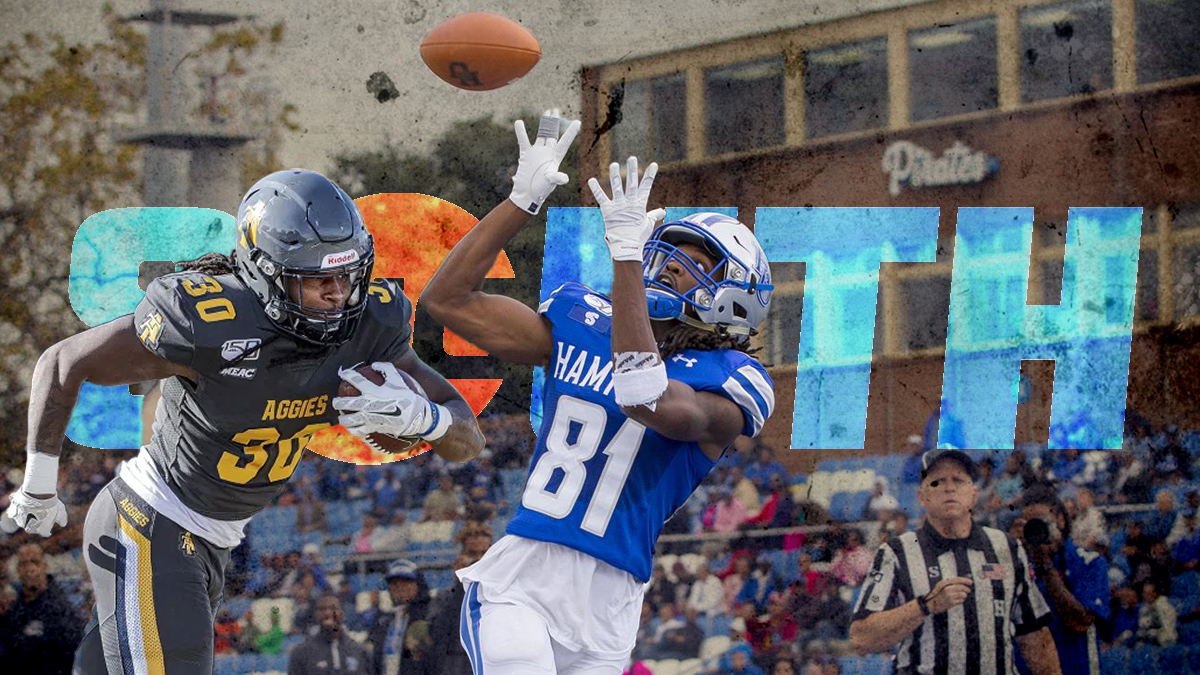 CHARLOTTE — The Big South predictions are in and both Hampton and North Carolina A&T know where they stand coming into the 2021 season.

North Carolina A&T was predicted to finish third by the league’s head coaches and media personnel. Monmouth was picked to finish first with Kennesaw State coming in at number two.

A&T didn’t receive any first-place votes, though Charleston Southern did, despite receiving 15 fewer points than the conference’s new program.

Hampton opted out of football for 2020. It finished its first season in the Big South at 5-7 overall, 1-5 in conference play. Wide receiver Jadakis Bonds was named as a preseason first-team All-Big South selection for HU.

A&T also opted out of football for 2020 as well as the spring season. It last played in 2019, finishing 9-3 to win a share of the MEAC title. It won its third consecutive Celebration Bowl game to clinch the HBCU National title. That season included a 27-21 win over future Big South opponent Charleston Southern.