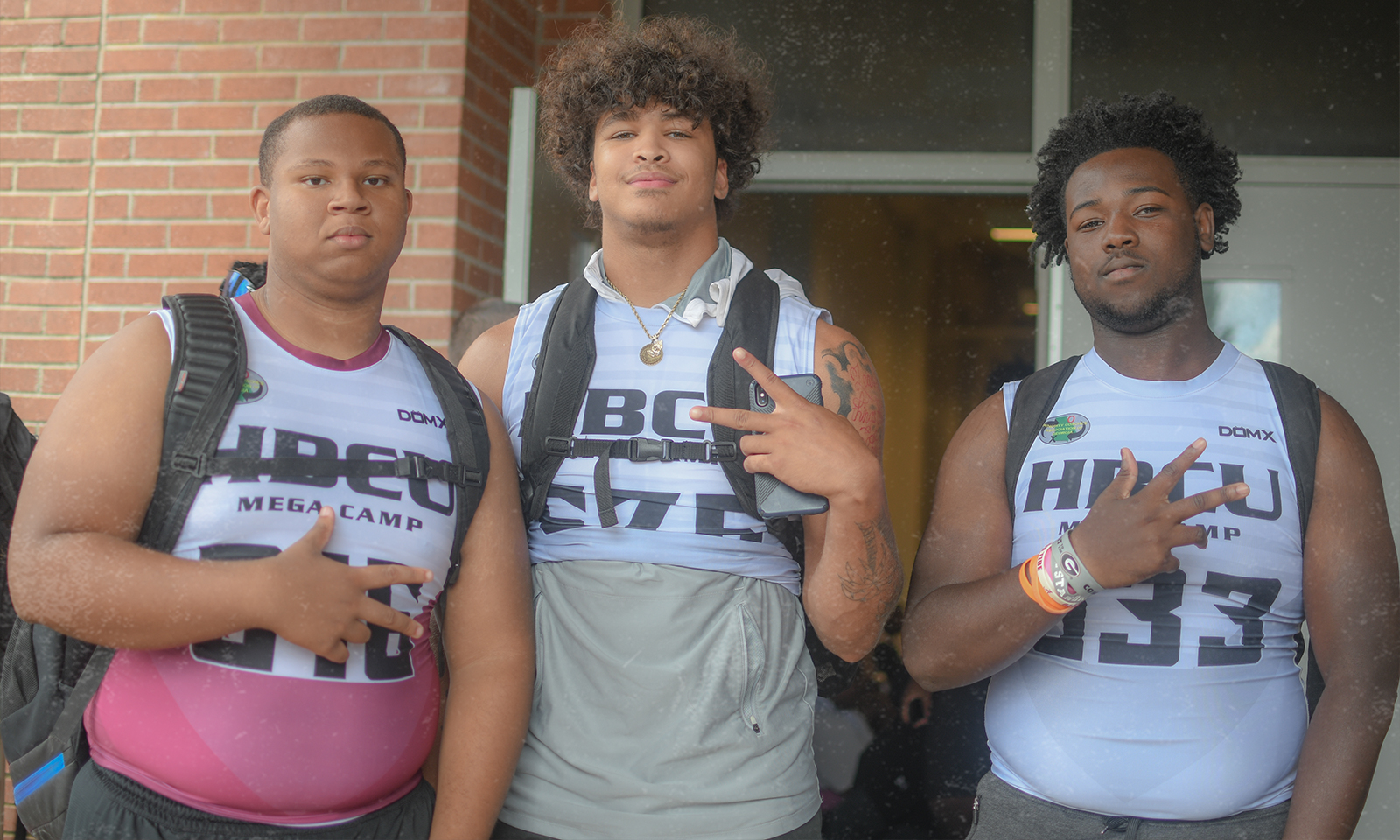 ATLANTA, GA — Nearly 2,000 high school football athletes took the field during the 2021 HBCU Mega Camp at Lakewood Stadium. Many different cities, skill levels, and backgrounds were present but every athlete had the same goal. That was to get an offer from an HBCU program. Recruits gave HBCU Gameday a few reasons for wanting to compete at a historically black college.

THESE ATHLETES KEPT IT REAL

“The reason why I love HBCU’s is because it’s a great atmosphere,” Carver High School’s Tyrone Johnson stated. “The family, support, and love is all right there when you need it.”

“I like the HBCU vibes,” junior running back Christian Harver said. “I always wanted to go to one ever since I was a young child.”

“I have a couple of offers but I am looking for a home to go to and I am rocking with HBCU’s,” junior tight end Jalen Goedert told HBCU Gameday.

“Why an HBCU? Because my mom and dad and other members of my family went there,” Georgia native Alvin Parker explained. “It would be great to go to an HBCU school.”

The mission of the HBCU Mega Camp is to provide exposure to help students reach their collegiate football goals. Several participants have already announced receiving offers from black college programs after attending the event in early July.

“This camp is all about giving prospects the opportunity to showcase their skills and abilities to college coaches,” camp organizer Ahmand Tinker stated in an interview with BlackCollegeExperience. “Especially for students from the midwest and up north who do not have the opportunity to be in close proximity to coaches from HBCUs.”

“I want the opportunity to play for a black coach and to get the black atmosphere,” Columbus Academy (OH) running back/safety Carter James explained.

James already has offers from West Virginia State and Arkansas Baptist, and he’s hoping to have opened some more eyes at the HBCU Mega Camp.