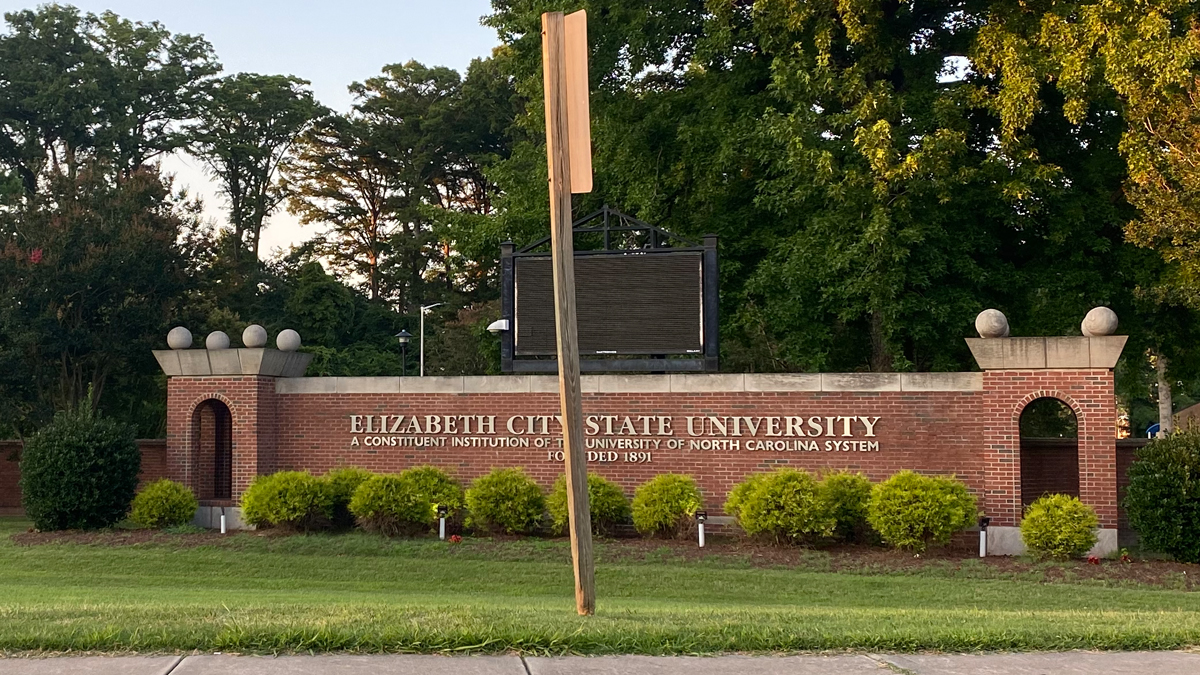 Kids shooting hoops and playing flag football on Elizabeth City State University’s campus last month worked to bring the institution and the community together for summer fun. ECSU partnered with Elizabeth City’s department of parks and recreation for two camps aimed at youth ages 6 to 15.

“I believe it was a great opportunity for ECSU to engage with the community and for young and future athletes to learn fundamental skills of basketball,” said Dwayne Redz Saunders, ECSU’s director of recreation and wellness.

Mr. Saunders said youth from Pasquotank and Camden Counties came to the Elizabeth City State campus for their camps. The university offered staff assistance, equipment and the facilities.

“Coaches got the opportunity to teach the young campers communication, social, and leadership skills,” said Mr. Saunders. “And most importantly, how to be a part of a team through the games of basketball and flag football.”

Campers paid $75 for each of the weeklong sessions. They were guided by basketball camp coach and elementary school teacher Alex Stanley, and flag football coordinator, Nick Sanders.

Mr. Sanders said seeing the campers learn the fundamentals of the games and improving throughout the week was a highlight of the two sessions.

“It was fun seeing the youth learn something different,” said Mr. Sanders. “I would love to see them develop a passion for the game of football. Most importantly, I loved seeing the smiling faces and enjoyed how much enjoyment the game brought to all of the campers.”