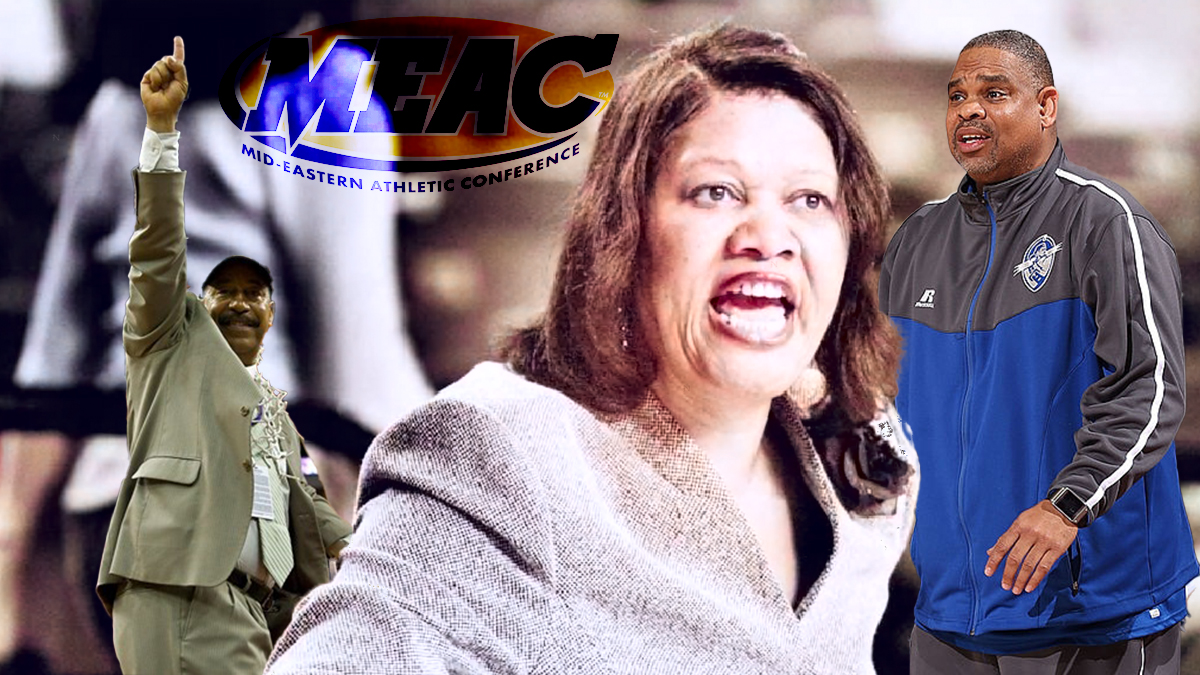 The Mid-Eastern Athletic Conference has had its share of outstanding women’s basketball coaches. Who is the MEAC Coaching GOAT?

To be considered on the ballot, coaches must have served as a head coach in the conference for a period of at least four (4) years, must have won at least one (1) conference championship and must have had a winning record.

View the complete list of the 50 outstanding coaches throughout the conference’s history here. Don’t forget to vote in our MEAC men’s basketball poll as it closes on July 10.

Who is the MEAC Women’s Basketball GOAT?

Led the Eagles to a record of 269-237 in 17 seasons between 1999 and 2016…during that period, CSU earned three (3) berths to the NCAA Div. I Women’s Basketball Tournament and two berths to the WNIT…led the Eagles to three (3) MEAC regular-season crowns along with a record 49-game winning streak in conference play…was a two-time MEAC Coach of the Year and a three-time MEAC Tournament Most Outstanding Coach (2005, 2006, 2008) coached 22 All-MEAC players.

At Hampton between 1997 and 2004, compiled a record of 95-31 in conference play and 127-83 overall, winning three (3) MEAC championships and earned three (3) berths to the NCAA Div. I Women’s Basketball Tournament…at Hampton, was named MEAC Coach of the Year one (1) time while coaching seven all-conference players and two rookies of the year…later served as head coach at NCAT between 2005 and 2012, compiling a record of 84-32 in conference play and 130-88 overall…won one conference regular-season championships while with the Aggies…in 2010, the Aggies became the first HBCU Div. I program to win two (2) postseason games as they defeated both Wake Forest and Charlotte in the WNIT…at both Hampton and N.C. A&T, captured a total of four (4) MEAC championships, named MEAC Coach of the Year three (3) times and named MEAC Women’s Basketball Tournament Outstanding Coach four (4) times.

Coached the Rattlers to an overall record of 190-123 between 1991 and 2001…captured two (2) conference championships, those coming in 1995 and 1999…named Coach of the Year following the 1994-95 season…coached Natale White, the NCAA’s all-time leader in steals and a MEAC Hall of Famer.

Served as head women’s basketball coach from 1988-93, compiling a record of 45-28 in the conference and 79-68 overall…guided the Lady Bulldogs to three (3) MEAC Women’s Basketball Tournament championships coached two MEAC Players of the Year…named MEAC Coach of the Year one (1) time…coached several players who were named to the MEAC’s 50th Anniversary All-Time Women’s Basketball Team…as head men’s golf coach from 1988 to 1993, led the program to two (2) PGA Minority Golf titles (1988 and 1989), to two (2) PGA Minority Golf Tournament second-place finishes and to one (1) HBCU Alumni Hall of Fame Golf Tournament championship.

Coach Tyler is the only coach in HBCU history to have two players drafted and played in the WNBA in Denique Graves and Andrea Gardner.  She coached an NCAA record holder in women’s basketball in Alisha Hill, who still holds the single-season record for field goal percentage at a whopping 70 percent during her freshman season.

Coach Tyler boasts two Parade All Americans in Denique Graves and Karen Wilkins.  She is an MEAC Hall of Fame inductee and has three players who are also in the MEAC HOF.