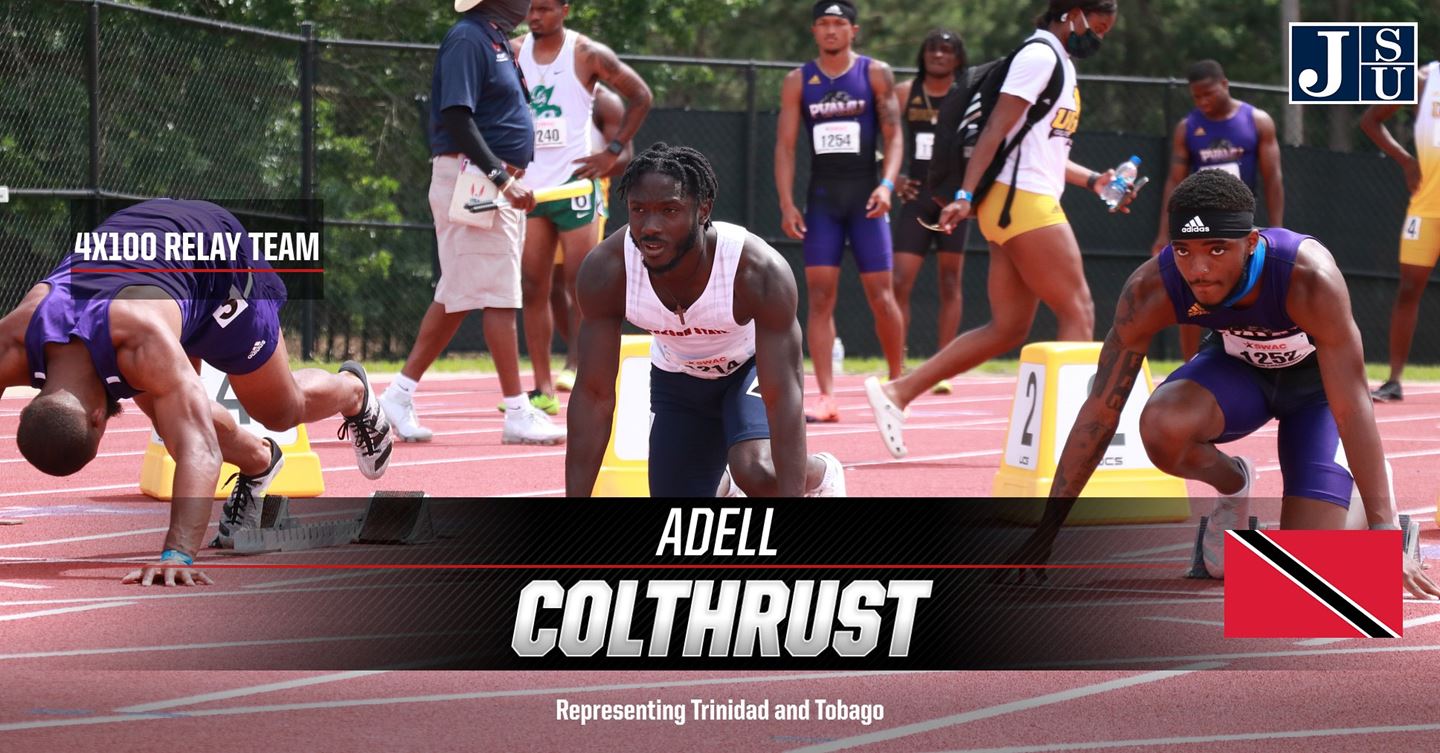 JACKSON, Miss. – Jackson State freshman Adell Colthrust will compete for Trinidad and Tobago at the Tokyo Olympics that are slated to begin July 23. Colthrust will race in the 4×100 meter relay.

“The journey to Tokyo has been difficult, but by God’s, I am able to represent not only Trinidad and Tobago, but act as an ambassador for Jackson State University,” Colthrust said. “I am humbled to be selected. Coach Thorne, Coach Country (Harris), Coach Brewster, and Coach Spooner provided me not only the opportunity to continue my education, but also my track and field career and for that, I’m very thankful.”

JSU head coach Mark Thorne is excited for Colthrust to experience the Olympics.

“It’s a great honor to have our second Olympian to compete in the Olympics as a freshman,” Thorne said. “We are very proud of Adell and wish him the best of luck in Tokyo. He is a very dedicated hard-working athlete and is deserving of this opportunity.”

Former JSU student-athlete Anaso Jobodwana will represent South Africa and is competing in his third Olympics.

In 2012 Michael Tinsley won the silver medal in 400-meter hurdles for the United States and Olsen Barr represented Guyana in 1988 Olympics.