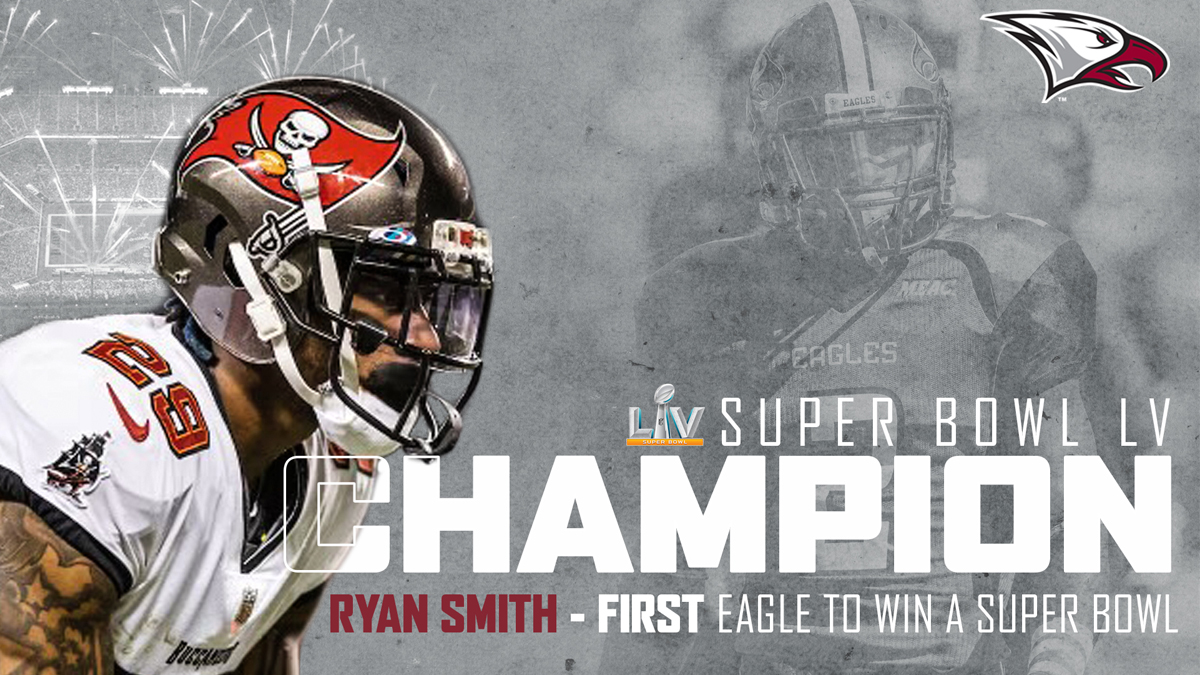 Ryan Smith came to North Carolina Central on a partial scholarship in 2011. A decade later, he’s a Super Bowl champion.

A native of Upper Marlboro, Maryland, Smith made history on the opening kickoff of the game by becoming just the third NCCU Eagle in school history to play in the Super Bowl, joining Richard Sligh of the Raiders in Super Bowl II and Louis Breeden of the Bengals in Super Bowl XVI.

Prairie View’s Quinton Bell was the other HBCU graduate to win a ring with the Bucs.

From partial-scholarship to the Super Bowl

A fourth-round pick in 2016 by the Buccaneers, Smith has spent all five of his NFL seasons with Tampa Bay.

A native of Prince George’s County, Maryland, Smith came to Durham in 2011 on a partial scholarship under coach Henry Frazier . He redshirted as a true freshman before bursting onto the scene in 2012 as one of the building blocks for a bright future at the fledgling Division i program. While at NCCU, Smith capped his standout college tenure from 2012-15 with a school career record 168 solo tackles, while finishing sixth in career tackles with 263 and 11th in passes defended with 31 (seven interceptions and 24 pass break-ups).

As a senior, Ryan ranked third in MEAC with team-best 11 passes defended (two interceptions and nine pass break-ups), while adding 52 tackles (38 solo). Smith also led conference and ranked 10th in the nation with an average of 28.1 yards per kickoff return (14 for 394 yards, 1 TD).

After helping to lead the Eagles to their second straight Mid-Eastern Athletic Conference championship, Smith graduated from NCCU on Dec. 12, 2015, with a degree in criminal justice. He has remained a consistent contributor on special teams throughout his time with the Bucs.