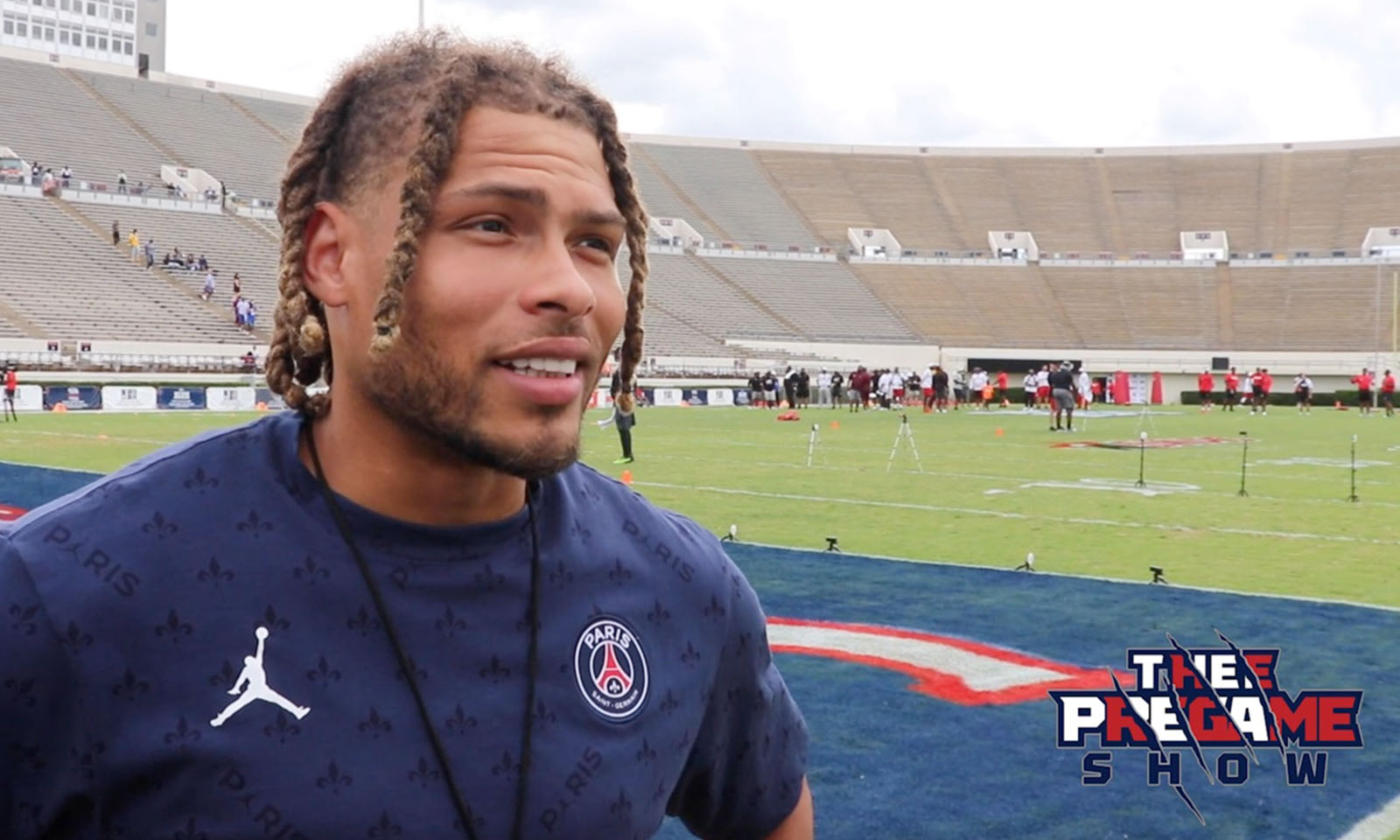 Tyrann Mathieu developed a reputation for tenacious play at LSU, setting a Southeastern Conference (SEC) record with 11 career forced fumbles. Subsequently, he earned the nickname “Honey Badger.” That same style of play also earned him a friend and mentor in Deion Sanders.

The Kansas City Chiefs safety and Super Bowl champion credits the current Jackson State head coach’s belief in him for his success in pro football.

Beginnings of the Honey Badger

The New Orleans native attended St. Augustine High School, where he played for the St. Augustine Purple Knights football team and ran track. Because of his personal experience with camps and developing athletes, he knows the importance of attending and having someone believe in you.

When asked about being at Jackson State’s recent prospect camp, Mathieu said it was a great atmosphere and environment.

“There’s a lot of competition,” he said. “Lot of eyes watching. That’s what you want. You want kids to compete in this type of environment.”

Considered a four-star recruit by Rivals.com, Mathieu was listed as the No. 13 cornerback in the nation in 2010. He credits camps like Sanders’ in helping him develop.

“If you can compete you can feel like you’re somebody and start to believe in yourself because you’ve gone up against the best,” he said.

A Mentor Amid Troubling Times

Mathieu was riding high his sophomore season. He was recognized as a consensus All-American, won the Chuck Bednarik Award as the best defensive player in college football, and was even a finalist for the Heisman Trophy. His NFL future was bright.

But after that season, Mathieu was dismissed from the LSU football program due to a violation of team rules. That’s when Sanders stepped in.

When asked what it meant to him to have who was a stranger at the time be there for him, Matthieu said it meant everything.

“Coach Prime came to see me when I was kicked out of LSU,” he said. “It was one of the toughest times in my life – being up for the Heisman, coming off a National Championship, and then having all that taken away from me. A lot of people turned their backs on me.”

An Inspiration to Give Back

Mathieu gives a lot of credit to Sanders for him not only being in the NFL but also for why he gives back to the community.

“When Coach Prime showed up, and him just believing in me — the greatest cornerback in history — that I can play at the next level, that was enough for me to keep going,” he said.

Mathieu said it’s why he’s so involved in the New Orleans community.

“Just trying my best to keep kids encouraged,” he said. “Sometimes all it is is just showing up. Like with Coach Prime, just having kids see him and that he cares gives them hope.”

Although highly successful and in his ninth year in the league, Mathieu still accepts coaching from Sanders and many others.

“The work is so important,” he said. “You can’t coach work ethic. I always remind younger players that the greats demand their coach to coach them, and coach them hard. I expect my coach to be critical of me and coach me hard. We get comfortable, but it’s always something you can learn.”

Things seem to be paying off for the Honey Badger. In 2019, Mathieu signed a three-year, $42 million contract with the Kansas City Chiefs. In 2020, he won Super Bowl LIV when his Chiefs defeated the San Francisco 49ers 31–20.

Something he says may not have happened had Sanders not believed in him.