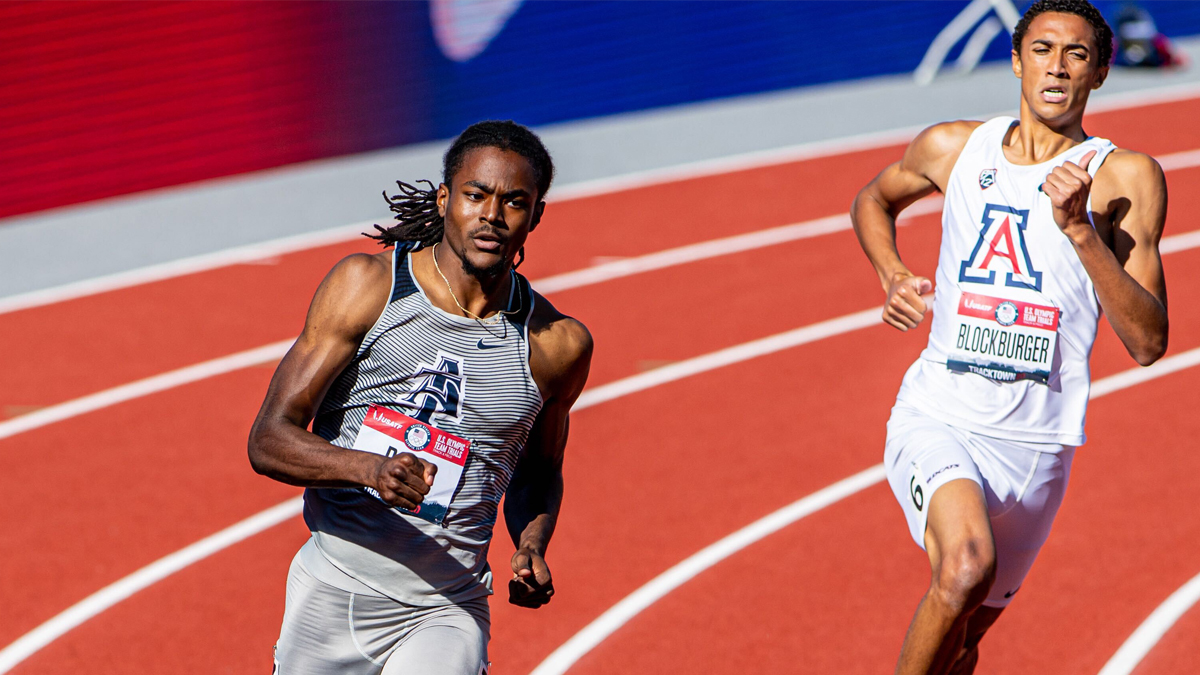 Four HBCU products, three of them from North Carolina A&T, advanced in the Olympic Trials in Eugene, Oregon.

Day Two of the US Olympic Trials was another good day for HBCU runners, current and former.

North Carolina A&T’s dynamic 400m duo of Randolph Ross, Jr. and Trevor Stewart both managed to advance to the finals of their event. So did former Livingstone College star Quanera Hayes in the women’s 400m. And former A&T speedster Chris Belcher came out strong, pushing to the semifinals in the 100m.

“This is just survive and advance, baby,” he said after the race. ‘You just gotta relax and keep it moving.”

He’s coached by Duane Ross, Sr., who coached him during his star-studded career at A&T. Belcher said Ross didn’t say much to him before the race as he was already locked in.

“He just says ‘aye, be aggressive. Relax. Calm down and take your time. It’s easy money, it’s not like we’ve never been here before.” Belcher said. “I’ve seen this completion all year. Nobody’s new to me racing-wise so, you know, I just want to stay relaxed and run my race.”

Ross isn’t Quanera Hayes’ coach, but she seemed to follow the same advice. For the second night in a row, she won her heat, running a 50.07, the top time in the event overall. The former Division II star enters Sunday’s final as the favorite as she looks to punch her ticket to Tokyo. The women’s 400m final starts at 10:06 EST on Sunday.

Stewart and Ross are both one more race away from Tokyo as well. Ross and Stewart both ran in the second heat, with Ross qualifying for Sunday’s final automatically with a second place finish (44.85). Stewart finished fourth in the heat but his 45.05 time was the fifth-fastest in the field. The men’s 400m final will take place at 10:15 EST on Sunday night.

It wasn’t a happy ending for all of the HBCU reps on Saturday night, though. A&T sophomore Cambrea Sturgis ran an 11.05, but finished sixth in her heat, failing to qualify for the 100m finals. A&T alumna Kayla White did qualify for the finals by running a 10.98, but her 11.22 in the final put her in eighth place, leaving her on the outside-looking-in.

The US Olympic Trials will be broadcast on NBC starting at 9 PM EST.