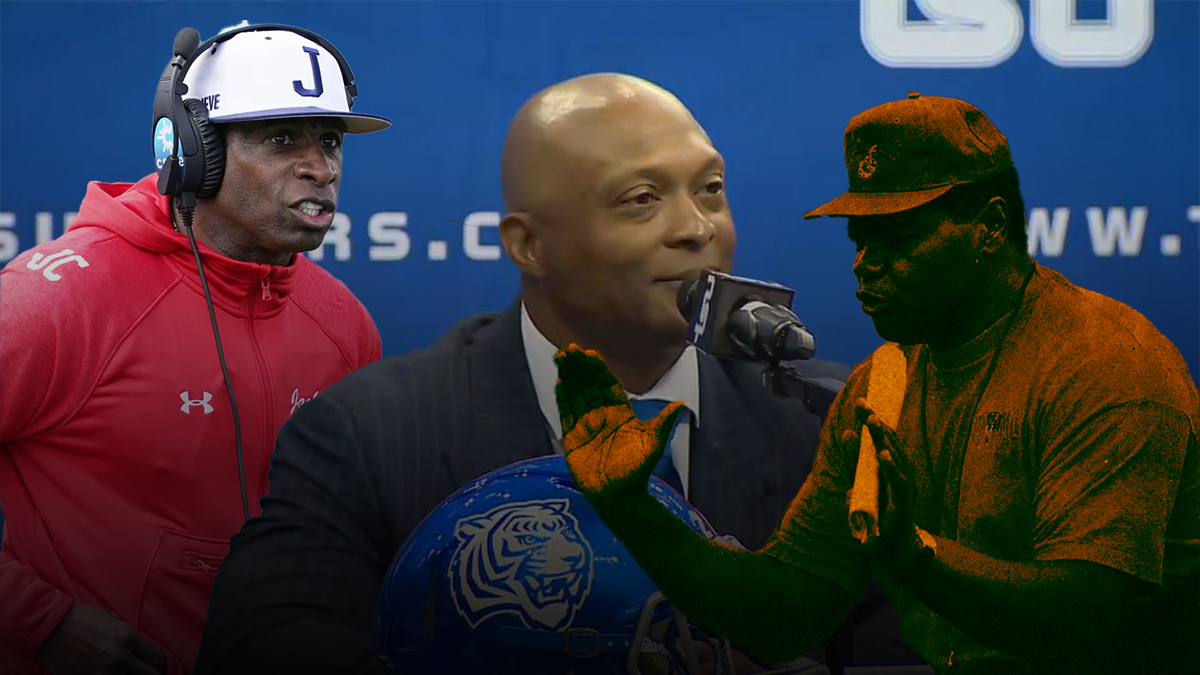 The recent hirings of Deion Sanders and Eddie George at HBCUs has put a new spotlight on black college football. While they have drawn attention and praise in the mainstream media, they have also drawn backlash from some within HBCU circles.

Billy Joe, a Super Bowl winner and Black College Football Hall of Fame coach, says he’s optimistic about both men. In a long-form letter/column posted on social media, Joe says that HBCU supporters should not be skeptical or apprehensive about NFL stars having a desire and being hired to coach at HBCUs.

Here are a few of the many points the legendary head coach at FAMU, Central State and several other HBCUs made in his post.

“No previous college coaching experience on their resume should not be a litmus test for these guys. Who cares if these rich NFL superstars are using a truncated HBCU football career as a stepping stone to acquire a head coaching position with a major historically white college or university (HWCU). Who cares if their protracted college football playing career was not at an HBCU, or they graduated from an HWCU?

I believe they are on a crusade to rejuvenate black college football by recruiting quality student-athletes. Therefore, don’t let anyone obfuscate the facts about these guys or assuage your need to know the truth; there is nothing nefarious about these guys. But, soon enough, Sanders and George will know that heavy is the head that wears the crown of an HBCU Football Coach.”

I have seen incompetent football coaches win championships with great football players, but I’ve never seen great football coaches win with untalented football players. It’s not about the Ex’s & Oh’s, it’s all about the Billy’s and the Joe’s on the football field playing for the coach. Coaching football is definitely overrated. Bobby Bowden and Nick Saban won national championships and they were, for the most part, general managers on the sidelines; they were certainly not calling plays for their offenses or their defenses. The offensive, defensive and special teams coordinators are actually coaching and are running the show

Most head coaches are CEOs

“On the surface, it doesn’t seem fair that these NFL superstars are getting HBCU head coaching jobs, without previous college coaching experience. Most head football coaches, on the major college football level and in the NFL, are not actually coaching. They are the CEOs of the football program. The coordinators, as I stated earlier, are actually doing the coaching.

Nick Saban is making more than $11 million a year as the “C.E.O.” of the University of Alabama football team. His football team seemed to play much better when he was bedridden with COVID-19 and not on the sidelines.

Head football coaches are not hired for their coaching acumen; they are hired for their recruiting talent, fundraising, community relations, exposure with the media (Press & Print).’

“The attention that HBCU football received this spring has to be attributed to Deion Sanders. Deion exudes confidence even though he is under extreme scrutiny and pressure to win! Deion and Eddie George will need to be tougher than sewer rats and rancid roaches in order to absorb the vitriol of bad press and propaganda they will receive when they lose games.”

Such coaches have more to offer than just coaching

“Eddie George, underneath his beguiling and smooth demeanor, when the rubber meets the road, he will occasionally need to be a diabolical evil tyrant! These millionaire NFL icons are willing to coach HBCU programs for little or no financial remuneration. I don’t believe HBCUs have in their coffers and/or endowment and are willing to commit it to the upgrade of their football infrastructure enough to compete with major colleges. HBCUs are not willing to build 100,000 seat capacity stadiums on campus, multi-million dollar weight rooms, etc. I have seen high school football facilities that are far more luxurious than some HBCU football program facilities. Perhaps these millionaire NFL icons will donate some of their fortune into HBCU football programs, because I don’t think a rich dowager will be coming to rescue HBCUs from their athletic and financial woes.”

Joe’s words hold particular weight given his football life and place in HBCU football. He played at Villanova in the early 1960s before embarking on a pro football career that culminated with a win in Super Bowl III as a member of the New York Jets.

After a short stint as an assistant at the University of Maryland (where he was the first black football coach in the ACC) Joe was hired to take over the Cheyney State football program. He eventually left to become an assistant under Dick Vermeil, helping the Eagles to the Super Bowl. He returned as a head coach at Central State University where he led the program to two national titles (NAIA). From there he moved on to Florida A&M, helping the Rattlers win multiple MEAC championships and recording the conference’s last win in the FCS Playoffs.

Joe finished his coaching career at Miles College. In recent years he’s penned several editorial-style letters such as this one.