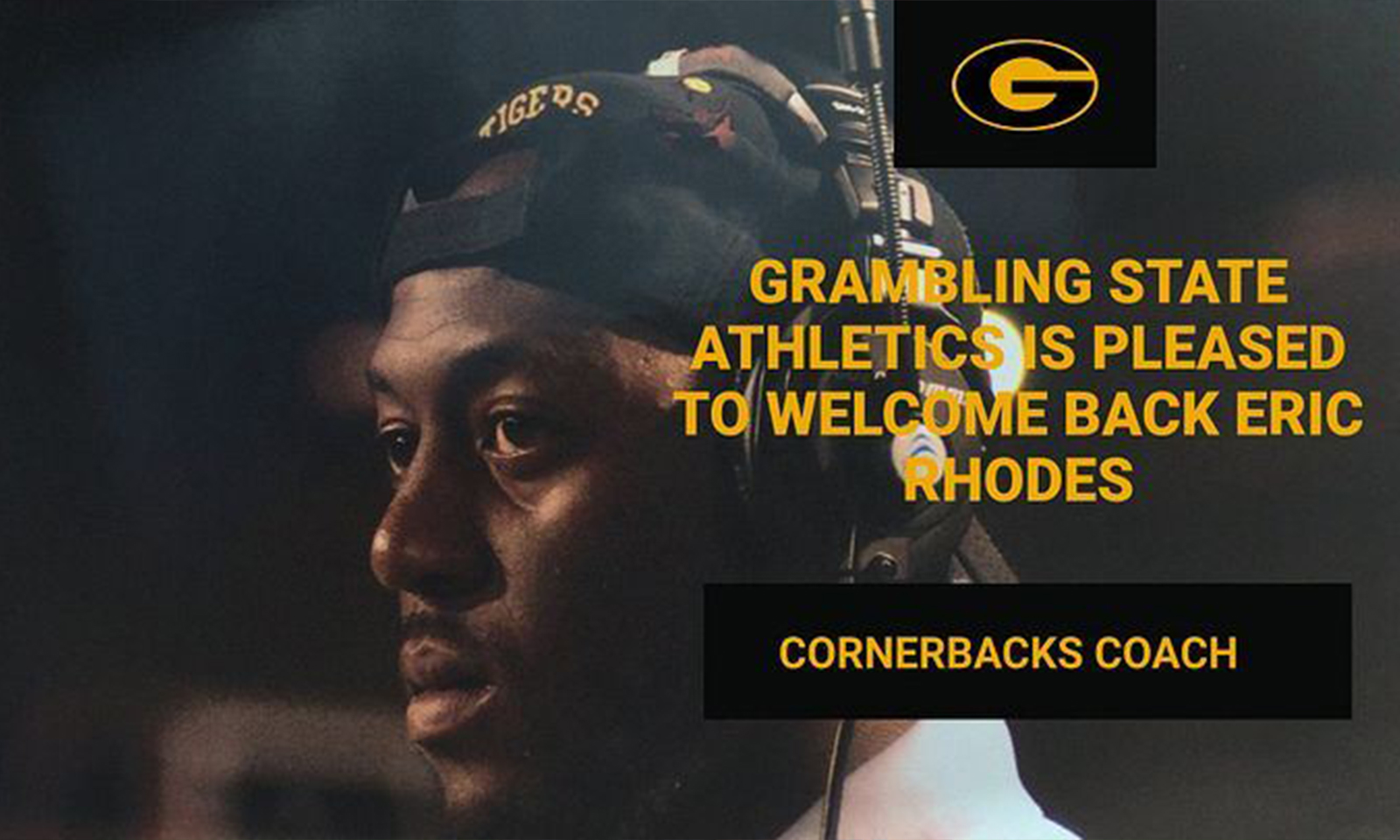 Eric Rhodes makes his return to Grambling State from Chowan University where he served as an assistant coach for defensive backs.

He was a part of the GSU football program in 2016 where he served as a defensive graduate assistant for defensive backs. During his time at Grambling, he helped the Tigers to a 2016 SWAC Conference Championship, received nationally ranked honors ranking in the top 10 in scoring defense and total defense in the FCS, and also helped GSU win the 2016 Air Force Reserves Celebration Bowl Championship (HBCU National Championship). Rhodes also prepared and organized the team’s defensive playbook, assisted in breaking down weekly film, and assisted strength coach with speed and weight-training among other duties.

Prior to returning to GSU, Eric Rhodes spent his last four years at Chowan University where he led the defensive back unit to the third best interception mark in the CIAA in 2018. He had the pleasure of coaching the program’s first ever All-CIAA first team selection George Parker as a defensive back along with Connor O’Brien and Jamal Hampton who both earned All-CIAA rookie defense honors.

Rhodes competed as a football student-athlete at Kentucky Wesleyan College where he played defensive back for the Panthers.  He was named All-Great Lakes Football Conference honorable mention during his junior and senior seasons (2010, 2011).  He was also a part of the Football Leadership Council for the Panthers. The Louisville, Kentucky native graduated from Kentucky Wesleyan in 2011 with a bachelor’s degree in Sports and Fitness Management and a minor in Business Administration.  Rhodes received his master’s degree from Grambling State in 2016 in Sports Administration.