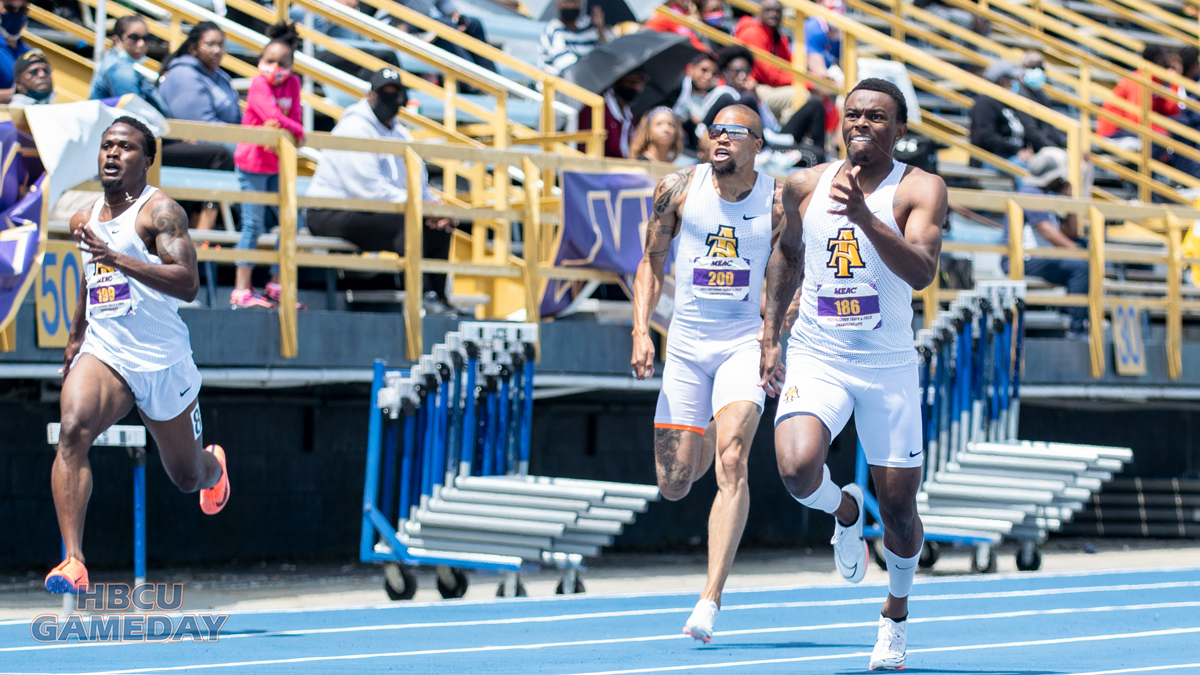 North Carolina A&T dominated both the men’s and women’s competition in its final MEAC Championships.

Bruno Mars and his buddy might believe in leaving the door open, but North Carolina A&T track sure doesn’t.

NCAT dominated the sprints in both men’s and women’s categories on Saturday, earning a sweep for the program.

The A&T men finished with 288 points with Norfolk State coming in at 174 and Morgan State at 84. The NCAT women won by an even larger margin, putting up 290 points compared to Norfolk State’s 144 and Howard’s 125.

Senior G’Jasmyne Butler followed up her 3,000m steeplechase win on Friday with a win in the 800m. It was another sweep for the home team, as teammates Carolyn Brown and Ayoola Gbolade were the closest to her heels.

It wasn’t all Aggies, though.

The Bison also came out on top in the women’s 5000m run as Destiny Stanford took home the title.

This was the fourth consecutive MEAC title for the A&T men and second in a row for the A&T women. It is the third title for the women since 2017. It is also the last, as NCAT will head to the Big South this July. The way the program has dominated recently, don’t expect many tears from the rest of the league.