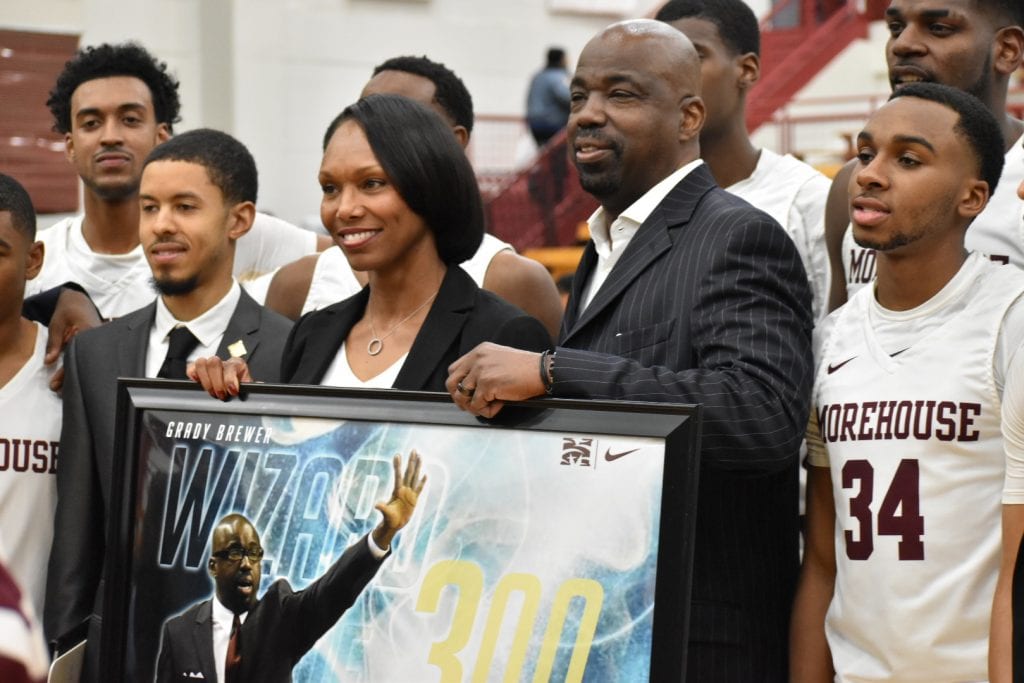 Morehouse College head basketball coach Grady Brewer has passed away after an illness. He led the Maroon Tigers as head coach for 20 seasons.

Morehouse College basketball coach Grady Brewer, one of HBCU basketball’s outstanding coaches and leaders, has passed away after an illness.

An Atlanta native, Brewer played under the guidance of legendary high school coach Donald Dollar in the celebrated basketball program at Frederick Douglass High School. At Morehouse, Brewer lettered in each of his four years and started in his final two years.

Brewer spent 20 seasons as head basketball coach at his alma mater, leading his team to a 315-240 record during that span. He led Morehouse to seven 20-win seasons, seven SIAC regular-season championships, an SIAC tournament championship and three NCAA tournament appearances.

His most successful season as a coach came in 2017-18. He led Morehouse to an impressive 24-1 overall record and 18-1 conference play.

Morehouse had a school-record 18 consecutive wins and was No. 1 in the NCAA South Region for several weeks, climbing as high as No. 6 nationally during the season. The Maroon Tigers season ended in the first round of the Division II South Region Tournament. The team finished the season 25-3.

Grady Brewer was recognized as the 2018 Clarence Gaines Award winner for his team’s performance that season.

Brewer was more than a basketball coach to many. He was a part of the Morehouse and the greater Atlanta community. Last year Brewer was interviewed by the Atlanta Journal-Constitution regarding the “racial reckoning taking place during the COVID-19 pandemic. Brewer shared his experience with racial injustice as well as those of his student-athletes. But he remained optimistic.

“Just the journey, I know that you can be successful if you have patience and you do the right things and you try to overcome hate with love,” he said. “I do know that.”

He is survived by his wife, Loletta Middleton, and three sons Ryan, Xavier, and Jordan.

Our thoughts and prayers are with the Brewer family and Morehouse College.