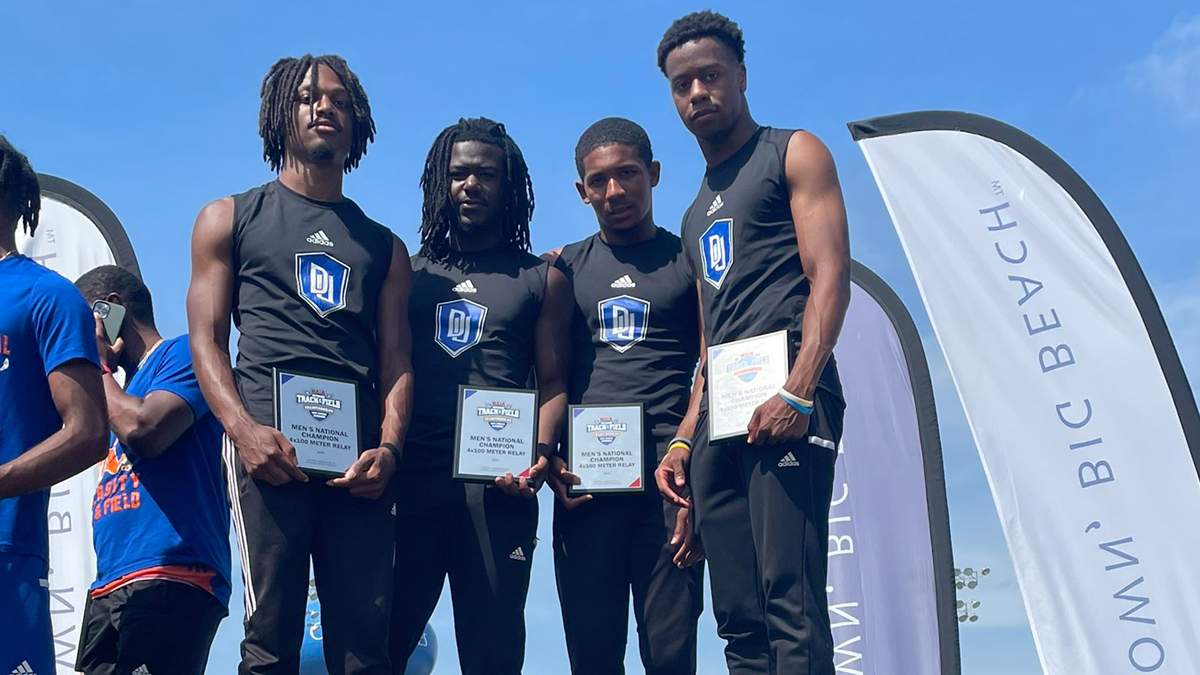 The Dillard University Bleu Devils went to the NAIA Outdoor Track and Field Championships and came back with a 4x100m national title.

Gulf Shores, Alabama – Dillard’s men’s track & field program were in it to win it as the 4x100m relay team won their event to walk away with the national title and achieve All-American status on the third and final day of the 2021 NAIA Outdoor Track & Field Championships on Friday, May 28, at Mickey Miller Blackwell Stadium in Gulf Shores, Ala.

The 4×100 relay team of senior Cody Branch (SR/Marrero, La.), sophomore Willie McCaulley (SO/Huntsville, Alabama), sophomore Kaleb McClendon (SO/Norfolk, Va,) and freshman James Ray Pennington III (FR/Lafayette, La.) raced around the track to win the event in a school-record time of 40.69. The group entered the competition finishing fifth overall in the trials for the event (41.09). It was also their third event victory of the 2021 season for the group.

Junior Julian Williams (JR/Compton, California) also competed on the third and final day for Dillard and finished 16th in the triple jump with his leap of 14.46m achieved on his first attempt of the afternoon.

Next, Dillard’s men’s program heads into the off-season to enjoy their 4x100m event national title, their four All-Americans, their 2021 GCAC Outdoor Track & Field Championship for the first time since 2014 and Coach Legania being named the GCAC Coach of the Year.