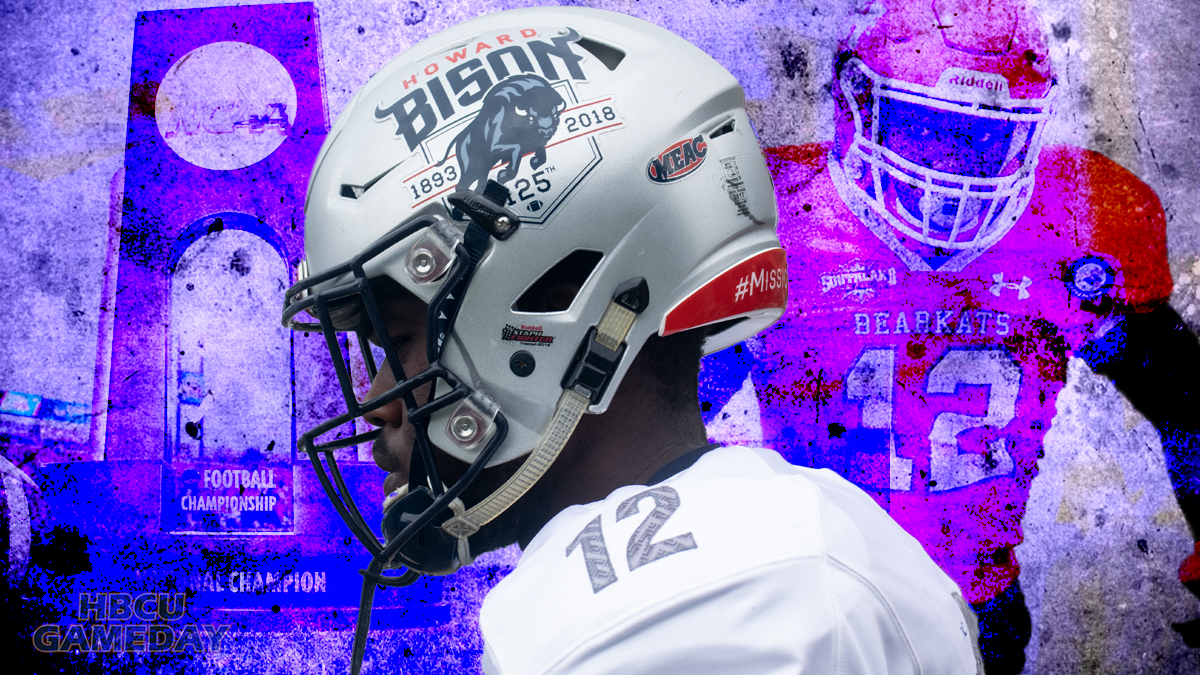 Just over a year after transferring from Howard to Sam Houston State, Jequez Ezzard is the Most Outstanding Player of the FCS National Championship.

A little over a year ago, Jequez Ezzard didn’t have a football home. Now he’s a national champion.

In fact, not only his the former Howard wide receiver a national champ — he’s the Most Outstanding Player of the FCS National Championship Game.

Ezzard was the key player in Sam Houston State’s last-minute 23-21 win over South Dakota State. He caught two touchdowns and also had a punt return touchdown score called back. He caught 10 passes on the day for 103 yards. That hurt his nearly 30 yards per catch average, but it helped cement its victory.

He came up huge on SHSU’s final drive as it came from behind for a win in its third-straight playoff game. Ezzard kept the final drive alive with a wicked go-route for a five-yard catch. The defense keyed on Ezzard, allowing quarterback Eric Schmidt to find Ife Adeyi for a 10-yard touchdown pass with 16 seconds remaining.

Ezzard finished the abbreviated spring season with 38 catches for 856 yards. That’s a 22.5 yard per average catch. That’s his lowest since his freshman season of 2016.

The College Park, GA native came to SHSU last summer after starting his career at Howard University. He caught 34 passes for 895 yards for a ridiculous  26.3 yards per catch average, along with six touchdowns to help Caylin Newton win MEAC Rookie of The Year in 2017. He followed that up with an even better season in 2018, hauling in 40 passes for 1,064 yards and 12 scores for an average of 26.6 yards per catch.

After sitting out the 2019 season, Ezzard transferred to SHSU last summer. It’s safe to say that without him, the Bearkats would not be sitting on top of the FCS world. Jequez Ezzard showed that he could be the same Jequez Ezzard against top-tier FCS competition that he did against opponents in the MEAC.

Even if his YPC took a hit.