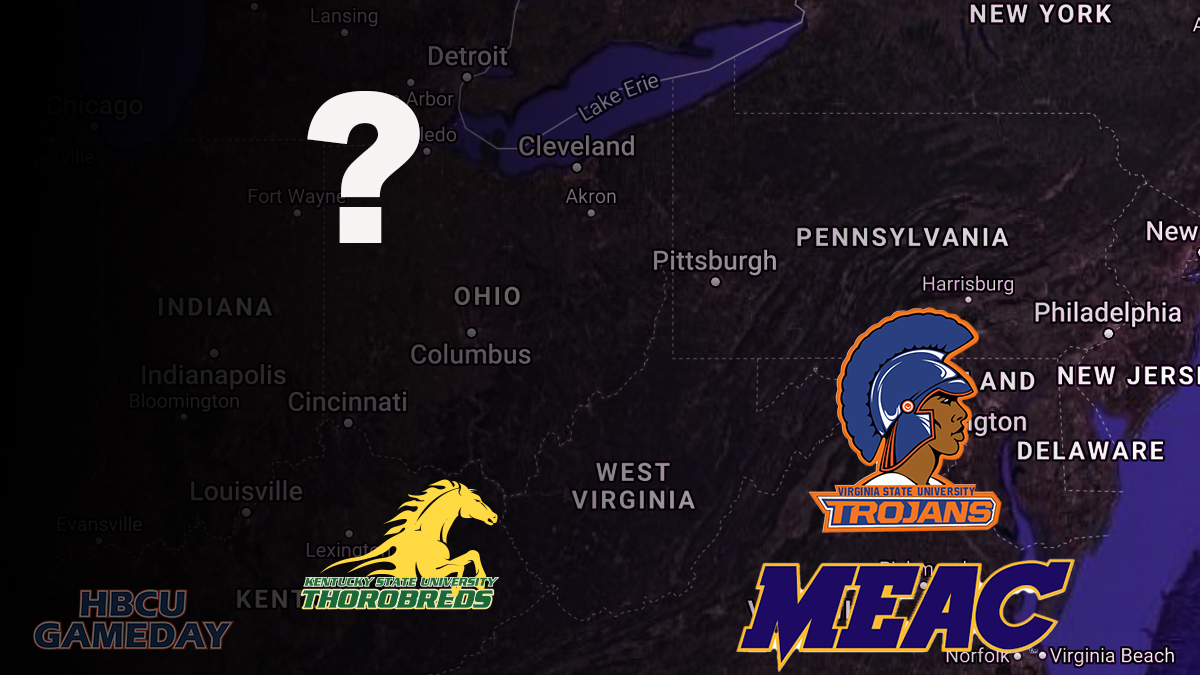 Inside the attempt to rebuild the MEAC

One school wants to be in the MEAC really badly. Another has flirted with it. But there is a third that could be its most prized possession.

The future of the MEAC has been a hot topic in HBCU sports for years, especially in the last 18 months. With three schools leaving the conference in July, the 50-year-old league is trying to keep things in place.

As has often been the case in the conference’s history, it is looking at Division II HBCUs to push forward.

The league has two of them – one from the CIAA and the other from the SIAC — in its sights. Both Kentucky State and Virginia State have looked into the possibility of moving up to Division I and the MEAC. It also has another school that is already Division I that allegedly wants in very badly.

A source tells HBCU Gameday that Kentucky State requested a feasibility study on moving up to DI last fall. The MEAC reportedly agreed to waive the $250k fee to join the conference if the school made the move in 2021. The $1.7 million fee to join Division I is not waivable.

The feasibility study was completed earlier this year and delivered to KYSU.

“There have been conversations. No decision has been made. The University is weighing the opportunity,” KYSU President Dr. M. Christopher Brown II told HBCU Sports. “There are strengths to remaining in the SIAC and exciting opportunities in shifting to the MEAC.”

Kentucky State’s enrollment was listed at just above 2,220 in Fall of 2020. A move up to Divison I would likely force those students to pay higher athletic fees.

Virginia State University, according to multiple sources, was contacted by the MEAC about its interest in joining the league after the start of the pandemic. The school has completed a feasibility study, which has yet to be presented to the Board of Visitors.

The school, located in Ettrick, Virginia, has been speculated for years as the next CIAA school to make the jump to Division I via the MEAC. A VSU official tells HBCU Gameday that the money to make the leap is there, thanks in large part to the $30 million gift from MacKenzie Scott. The official also believes the MEAC would waive the conference entrance fee as well. However, there are concerns about the long-term costs of moving up for the university as a whole.

A move up to Division I requires not only the one-time fee, but an upgrade in scholarships in both men’s and women’s sports.

“This feasibility study has shown us a path, but in order to have the athletic budget that we want to be able to compete, we probably have to do both — raise fees and increase enrollment,” the official said.

And the VSU source believes that raising the fees would send the wrong message to the state, and could hurt funding in other ways.

Peggy Davis, VSU’s Director of Athletics, confirmed that the feasibility study had been done. Davis said that it was done to align with VSU’s 2020-2025 strategic plan that calls for defining the department’s brand moving forward.

“Virginia State has been around for a long time. And we want to continue to provide the best opportunities for not only our student-athletes, but our students, our faculty and our staff. So the way to do that, of course, is to complete a feasibility study for continued growth within the athletic program to go along with the growth of the institution.”

Davis wanted to make it clear where the athletics department stands currently.

“We’re fully committed to the CIAA and to NCAA Division II membership.”

There is one school that is very interested in joining the league, according to a source with knowledge on all three programs. Chicago State is reportedly willing to join the MEAC. CSU is a predominantly black university.

CSU, according to this source, is agreeable to a deal that would make it a full MEAC member for three years. After that time is up, it can either stay on as a full member or move to another conference.

There are two issues that make Chicago State a MEAC long shot. One being its location. It is located securely in the midwest, which would dramatically expand the conference’s footprint. It also does not have a football program.

The MEAC, according to the source, has offered CSU an associate member status in one sport.

HBCU Gameday has reached out to Chicago State officials.

We have reached out to the MEAC for comment regarding expansion.

Taking on schools moving up from D2 to DI has been a mixed bag for the MEAC throughout history. Hampton, with MEAC Commissioner Dr. Dennis Thomas as its AD, successfully made the move in the mid-1990s, followed by Norfolk State. Winston-Salem State and North Carolina Central did the same the following decade, but WSSU eventually discarded its attempt. Savannah State spent a decade looking for a home after leaving the SIAC, eventually spending most of the 2010s in the MEAC before heading back to D2.

The league will lose three key members when Bethune-Cookman, Florida A&M and North Carolina A&T exit on June 30. It will be down to just six football members and will have just four baseball programs as NC Central is disbanding its program.

With re-alignment a reality across the college athletics landscape, things can and are changing quickly. The source tells us that there could be mutual interest between a few current MEAC programs and the American East, which just lost Hartford as it moved to DIII.

With schools having to set future intentions into motion by the end of June, the next few months could prove very hectic, and important to the MEAC’s future.

Inside the attempt to rebuild the MEAC