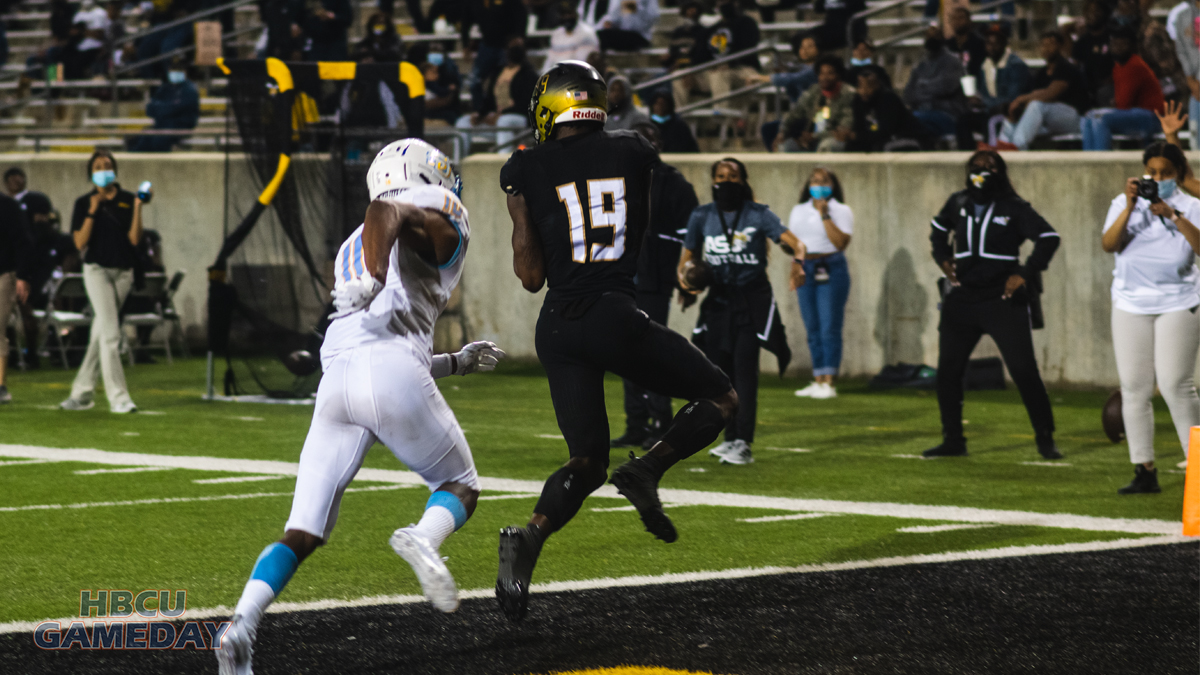 Alabama State has picked up a new playmaker in the transfer portal. That’s important because its’ top receiver is on his way out

Days after welcoming one dynamic receiving threat via the transfer portal, ASU is saying goodbye to one of its most consistent playmakers.

“Let’s get to work,” VanCleave tweeted.

Jefferson was Alabama State’s leading receiver over its last two seasons, catching 73 passes for 1,001 yards and 14 touchdowns in 2019 and the 2021 spring season. His 12 receiving touchdowns in 2019 tied Reggie Barlow’s single-season record. Three of them came in the Labor Day Classic against Tuskegee in a game that went down to the wire. He also averaged over 15 yards per catch.

This spring he caught 24 passes as ASU finished with a 3-2 record in five games, but his yards per catch dropped below 10 and he caught just two touchdown passes.

At 6’3, 195 with proven long-ball ability, Jefferson should have no shortage of suitors in the transfer portal.

VanCleave hails from Danville, Kentucky. He was named Mr. Football for the state of Kentucky following his senior season in 2017. He accounted for 1,857 yards on offense and 29 all-purpose touchdowns that season, at times playing both ways.

There were several breakout moments for him at Wofford.

VanCleave had six receptions for 112 yards this season and rushed five times for 16 yards. He registered 49 career catches for 752 yards and four touchdowns in addition to 59 carries for 464 yards and six touchdowns.

Now he adds a needed weapon for an Alabama State offense that has shown great promise with SWAC Freshman of the Year Ryan Nettles under center as quarterback.