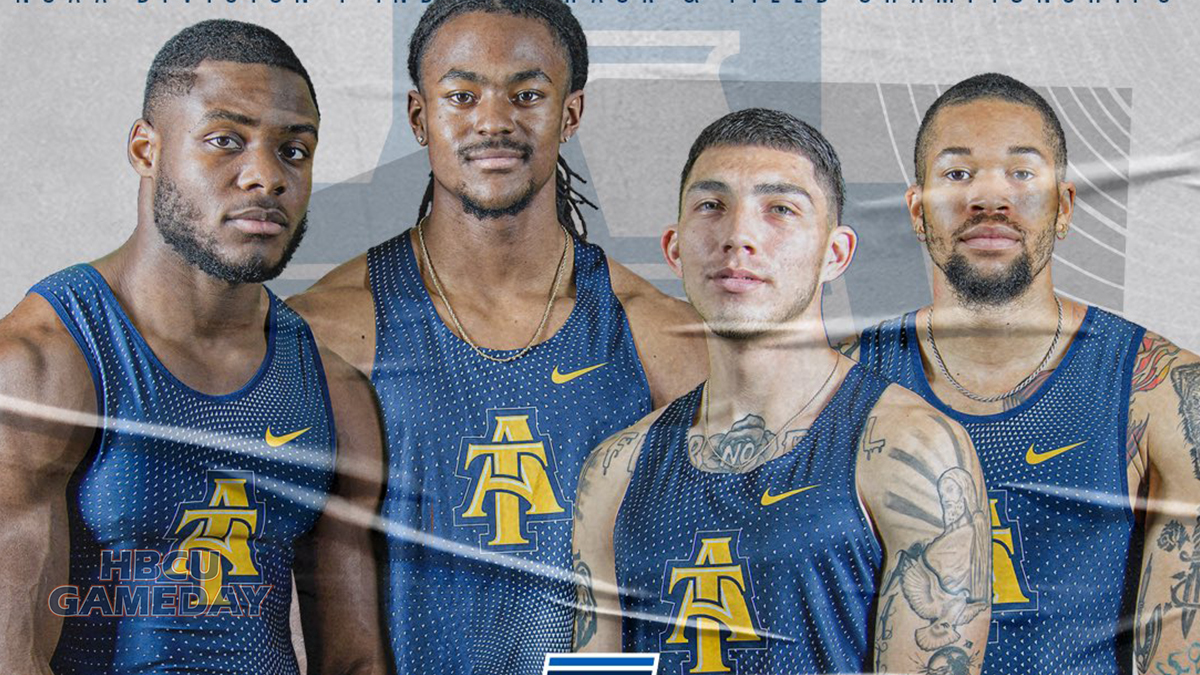 North Carolina A&T is on its way out of the MEAC. But first, its nationally-ranked men’s track team has some history to make.

EAST GREENSBORO – The North Carolina A&T men’s outdoor and track and field team will try to make school history this weekend as they host the Mid-Eastern Athletic Conference (MEAC) Men’s and Women’s Outdoor Track and Field Championships for the 15th time in 17 years at Truist Stadium on Irwin Belk Track.

If the A&T men win the championship, it will be their fourth consecutive outdoor title topping the three in a row they won from 1994-96. The MEAC did not hold the championships last year because of the coronavirus pandemic. The Norfolk State men have the conference record with seven consecutive titles from 2006-12.

As the conference championships begin, the Aggie men come into the event as the 11th-ranked team in the nation. They bring in the No. 1 4×400-meter relay team in the country with freshman Randolph Ross, Jr., junior Daniel Stokes and seniors Trevor Stewart and Elijah Young. The Aggies also have the fourth-ranked 4×100 team comprised of junior Tavarius Wright, freshman Javonte Harding, Ross Jr., and Stokes.

The Aggies also have high hopes in the 400 meters as they bring in two top-10 400m runners in second-ranked Stewart and fourth-ranked Ross, Jr. The Aggies have three more Aggies ranked in the top-10 in the MEAC in the 400m in Young at No. 3, senior Akeem Sirleaf at No. 6 and fifth-year senior Abbas Abbkar at No. 10.

N.C. A&T also looks strong in the 110-meter hurdles. Juniors Cory Poole and Rasheem Brown are ranked in the top-15 nationally, and they are 1,2 in the MEAC. Senior Cedric McGriff is ranked fifth in the MEAC as he looks to add points to the Aggies totals.

In the men’s 800m, Abbkar is the No. 1 runner by more than three seconds as he ran a 1:48.81 at the University of North Florida on April 29. In the men’s field events, senior Aaron Wilkerson leads the way in the men’s shot put with his best throw landing at 54-feet, 2 3/4-inches. Junior teammate Obie Taylor is second at 52-feet, 10-inches.

Senior Kevin Fofanah is the Aggies top hammer thrower at 157-feet, 4-inches. He is ranked second in the MEAC, more than seven inches behind the conference’s No. 1 thrower in Ezra Montiero of Howard University.