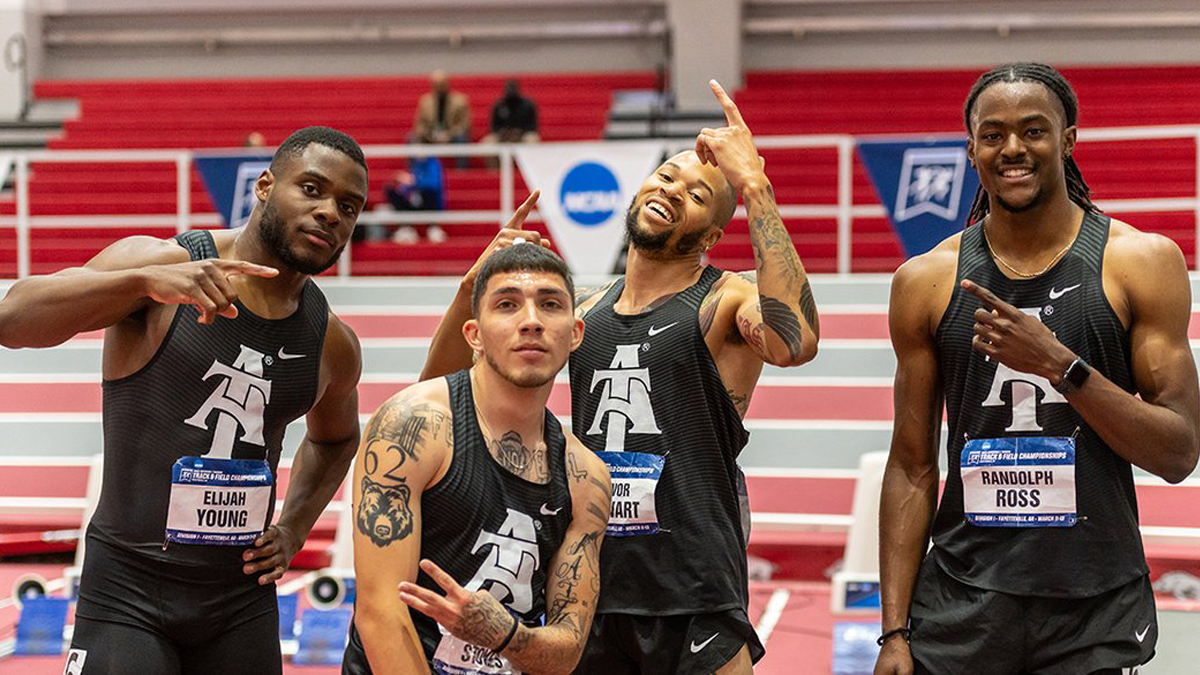 North Carolina A&T track had a big day at the Texas Longhorn Relays on Saturday in Austin. The men’s 4×400 team set the pace for the outdoor season.

North Carolina A&T track continues to have an amazing year, particularly in the 4 x 400.

Weeks after claiming the national indoor title in the event, the quartet ran a 3:00.23 at the Texas Relays. That mark is the fastest in the world so far.

The performance came one week after North Carolina A&T came away with 14 victories over the weekend at High Point University during the men’s and women’s outdoor track and field season debut.

The men weren’t the only A&T track stars to bring home a win. The women had several solid finishes as well. Sophomore sprinter Cambrea Sturgis placed first in the 200m dash with a 22.87. Junior Delecia McDuffie finished third (23.04), beating her Friday time of 23.09., and running the fastest of her career, which began at Johnson C. Smith.

The A&T women’s 4 x 100 came in fourth with a time of 44.19. That placed it behind LSU, Texas and Texas A&M. Three of the four legs of that team also placed well in the 100 sprints. Sturgis finished third with 11.21, just behind Arkansas sophomore Tiana Wilson (11.12) and LSU freshman Thelma Davis (11.21). Freshman Jonah Ross finished third (11.300) and sophomore Kamaya Debose-Epps finished sixth (11.35). Ross made her collegiate debut in the 200 meters on Friday.