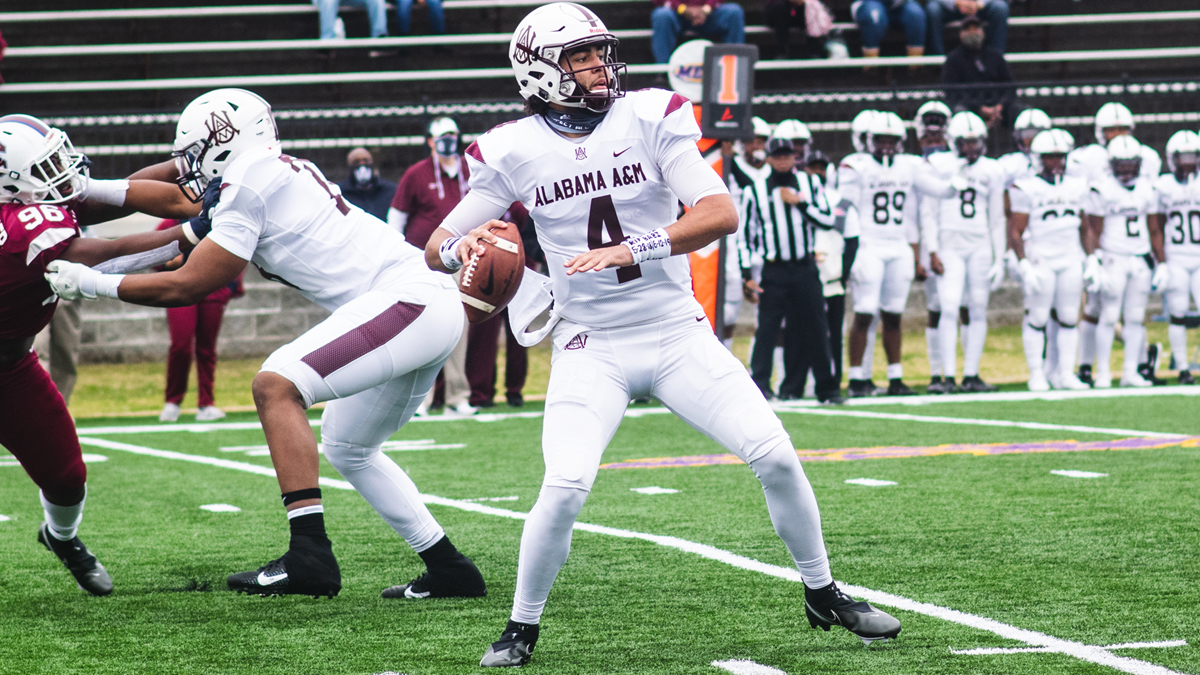 Aqeel Glass made the most of his shortened spring season, leading Alabama A&M to the SWAC title game. He’s now the player of the year.

Aqeel Glass has won the first of what could be many awards for the spring FCS season.

The Alabama A&M quarterback was named Southwestern Athletic Conference Offensive Player of The Year on Thursday.

Glass has been sensational all season long for AAMU. He’s completed 59.7 percent of his passes for 1,084 yards and 13 touchdowns in just three games. He’s only thrown three picks all season, all of them coming in the first half of the season opener against South Carolina State.

His best game so far came against Jackson State. Glass completed 27 of 40 passes for 440 yards and threw for six scores with no interceptions. He also rushed for a touchdown that game.

Aqeel Glass is also up for the STATS FCS Walter Payton Award, given to the top offensive player in FCS football. He is the only HBCU player nominated for the award. A good showing against Arkansas-Pine Bluff in the SWAC Championship Game would certainly help his case.

Glass’ career has been building towards this award since he arrived in Huntsville. After a promising but up-and-down freshman season, he began to flourish with the arrival of Connell Maynor and quarterbacks coach Jason Mai in 2018.

Glass started the season being rated as the Preseason Offensive Player of the Year this spring, and despite several lost games, he lived up to the billing. The good news for Alabama A&M is that the St. Louis native has another season of eligibility to use this fall.