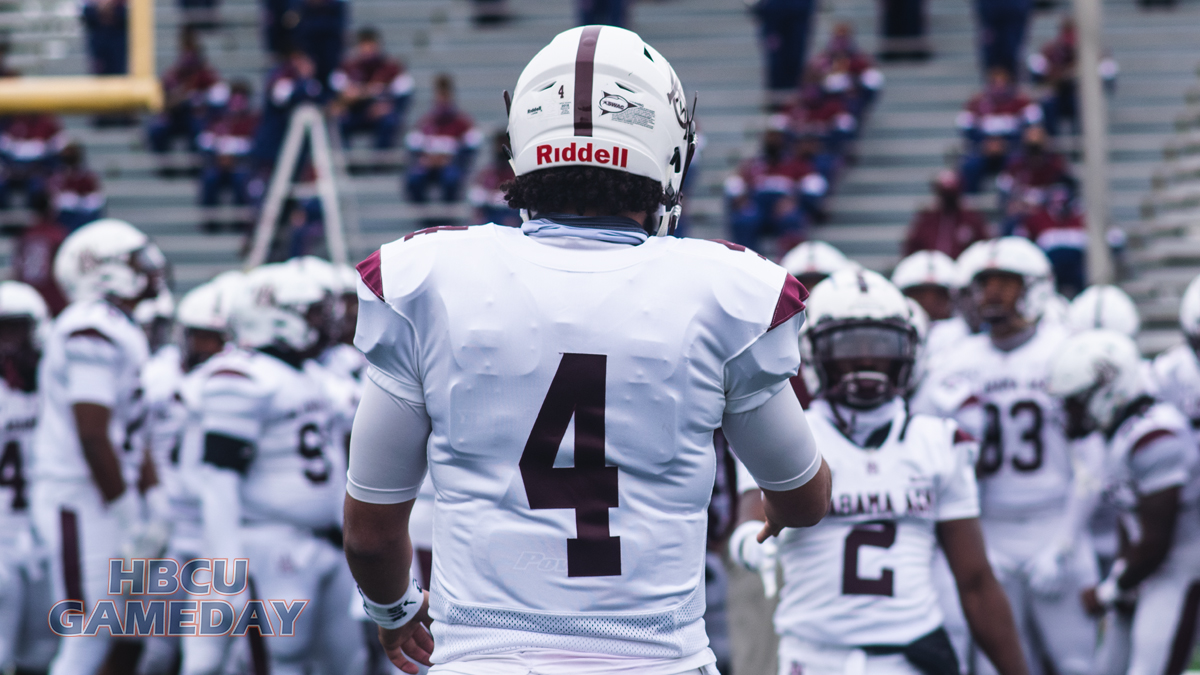 Jackson State’s offense made some big plays, but Saturday belonged to Alabama A&M and quarterback Aqeel Glass as it made a big statement.

It was spring homecoming for Jackson State, but Aqeel Glass made himself right at home for Alabama A&M.

Glass completed 27-of-40 passes for 440 yards in the win as AAMU improved to 2-0 on the season. He connected with four different receivers for touchdown passes, including two for Abdul-Fatai Ibrahim.

Both offenses were clicking early, but in different ways. Glass had Alabama A&M’s offense moving through the air, hitting Ibrahim for a nine yard score. JSU responded with a touchdown run on a trick play by receiver Warren Newman, who scored four times on the day.

JSU struck first in the second quarter, as Santee Marshall broke off a 54-yard run which helped it get a 14-7 lead. It wouldn’t last long, though, as Glass connected with Gary Quarles on a quick pass that went 43 yards to tie the game. Glass would later take it in the goaline himself on a 5-yard run to help AAMU re-gain the lead at 21-14.

Freshman quarterback Quincy Casey found Warren Newman for a 17-yard touchdown to help tie the game at 21, but Glass hit Zabrian Moore for another big play (61 yards) to give AAMU the 28-21 lead heading into halftime.

Glass didn’t cool off during halftime, instead, he got hotter. He hit Odieu Hillaire for an 11-yard score early in the third to give his team a 14-point lead. JSU would respond with a solid, methodical drive as Casey found Daylen Baldwin for a 24-yard score that got it right back in the game. A field goal for AAMU late in the third quarter would give it a two-score lead once more.

Both Glass and Casey tossed two touchdowns in the fourth quarter, but it was too little, too late for JSU as AAMU picked up the win.

Moore and Hilare finished with 114 and 100 yards, respectively, and Ibrahim finished just below the century mark with 94. Quarles finished with 133 yards of total offense, including 86 on the ground.

Casey had a pretty good day for Jackson State, completing 64 percent of his passes for four touchdowns and no interceptions. However, he was sacked four times. JSU running back Santee Marshall finished with 126 yards on the ground and one score. Daylen Baldwin caught six passes for 134 yards for JSU.