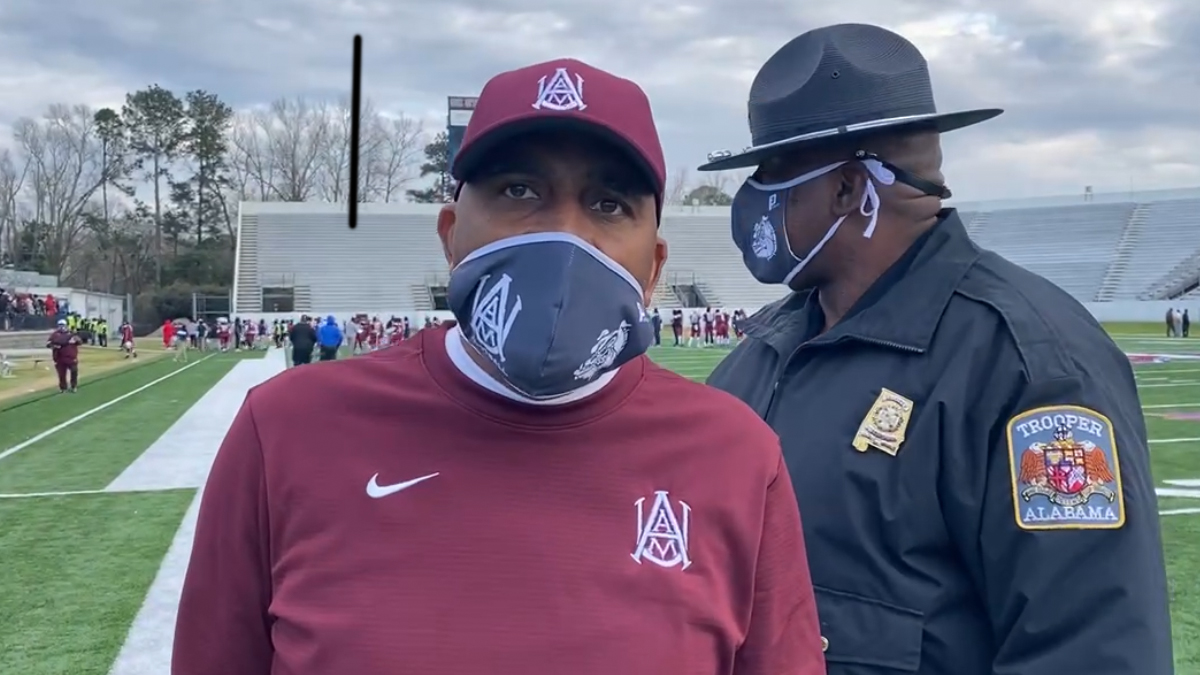 It appears that Connell Maynor will remain in Huntsville, AL for the foreseeable future. The coach says he’s close to an extension.

The future of Connell Maynor as Alabama A&M head coach continues to be a storyline as his team prepares for the SWAC Championship Game.

Maynor says that he and the school’s administration are close to signing an agreement on an extension.

“I let my team know yesterday that I’m basically…we’re in the process… it should be a done deal on signing a new deal, a new extension to be here another four or five years,” Maynor told WZDX’s Mo Carter.

“I’m focused on my team, not any other team. We’ve been preparing to play in the SWAC Championship (Game) since the day I walked on this campus. This is a special week for us,” Maynor said on Monday. “It’s championship week. The people that need to know — my players, my AD, my president — knew I wasn’t anywhere interviewing for anybody.”

Other names, including LSU assistant Mickey Joseph and even Marshall Faulk, have been linked to the Southern job as well. Maynor said that if an opportunity did arise, he wouldn’t pursue it until the season was done.

With a new deal at hand, Connell Maynor and Alabama A&M hope to turn the focus back to the championship game against Arkansnas-Pine Bluff. AAMU will enter the game 3-0 this season, 13-10 under Maynor since he took over prior to the 2018 season.