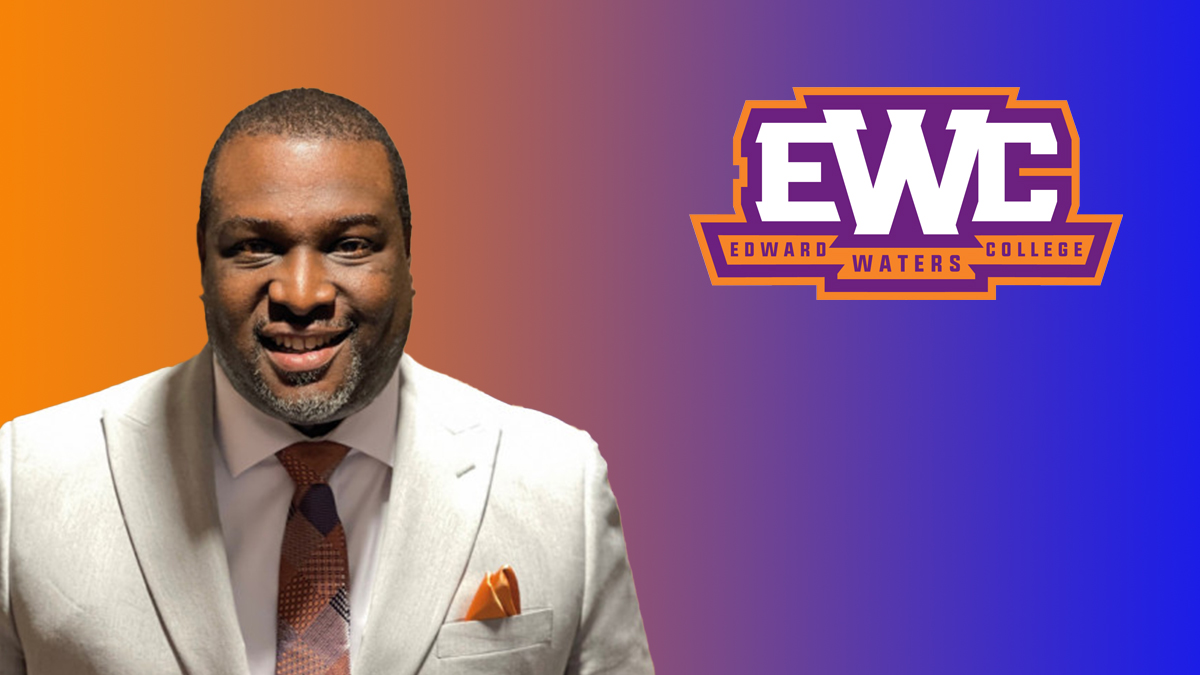 Jacksonville, Florida-Edward Waters Director of Intercollegiate Athletics Dr. Paul A. Bryant has announced the hiring of Toriano Morgan as the 15th head football coach in the storied history of the Edward Waters College football program. Morgan was officially introduced as the new “Head Tiger” during a press conference Friday afternoon at the Adams-Jenkins Community Sports & Music Complex.

“I am thrilled to welcome Coach Morgan to our Tiger Family,” remarked Dr. Bryant. “He brings the collegiate experience that will be instrumental to our success in the football program.”

“Dr. Bryant and the search committee were charged with finding and hiring a talented coach who is committed to being here for a long time and building a championship program,” Edward Waters College (EWC) President & CEO, Dr. A. Zachary Faison, Jr. said.

Morgan replaces Gregory Ruffin, who was let go after the team’s 53-0 loss to Jackson State.

Morgan brings over 17 years of coaching experience to his new role at Edward Waters, spread amongst high school and collegiate institutions. Under his purview, Morgan has coached 35 all-conference players and has been a part of sending 13 players to play in the National Football League. Morgan has been a perennial winner at every stop in his coaching career, bringing with him a streak of seven consecutive seasons with at least seven wins or more.

A native of Fort Lauderdale, Morgan returns to his home state after spending two seasons as Assistant Head Coach/Offensive Coordinator/Quarterbacks Coach at Virginia State University. In his first season at VSU in 2019, Morgan was an instrumental figure in the Trojans’ 8-2 overall record and 6-1 mark in the CIAA, en route to a second place finish in the CIAA’s Northern Division. Morgan’s offense was ranked 4th in the CIAA in scoring, averaging 31.4 points per game, third in the league in total offense with a 382.2 yards per game average, and second in rushing yards with 228.4 yards per game.

Prior to joining the staff at Virginia State University, Morgan was a highly decorated Head Coach at Dillard High School in Fort Lauderdale, where he restored the perennial prep power to prominence, guiding them to a regional playoff appearance in his first season. Morgan compiled a 9-3 record which was his Alma Mater’s best record in 15 years. Morgan was selected as the Head Coach of the Broward County Athletic Association All-Star Game and the Head Coach for the Public vs Private All-Star Game. Morgan was also selected as a finalist for the Tournament of Champions Coach of the Year.

Morgan served as the Associate Head Coach/Offensive Coordinator at Virginia Union University for four seasons, from 2014-2017. Morgan is credited with directing a prolific offense at Virginia Union, which averaged over 400 yards and 34 pts per game during his stint.  In 2014, the team finished 1st in total offense and 3rd in scoring offense in the CIAA, Morgan improved the Panthers’ passing average from 69.9ypg in 2013 to 409.3ypg in 2014, which help propel the Panthers to a seven win season (7-3). Quarterback Kenny Graham finished 1st nationally in yards per completion averaging and 4th nationally in passing efficiency.

The 2015 season was another record-breaking one for Morgan and the Panther’s Offense Averaging 36 points per game and 439 yards per game, both 1st in the CIAA. The Panthers became the first CIAA program to amass over 2,000 yards rushing and 2,000 yards passing in the same season. Offsetting that production with 22 Rushing TDS and 22 Passing TDs and an NCAA Playoff appearance for the first time in 25 years. Quarterback Shaheem Dowdy was awarded the Willie Lanier Award which goes to the best College Football Player (Non-FCS) in the Commonwealth of Virginia. This was the first time this award had ever been awarded to a Div-2 player.

In 2016, Morgan’s offense produced William Stanback who finished 1st in the CIAA in rushing with 1,299 yards, while being selected First Team All-CIAA.

Morgan’s offensive success over the past half a decade has awarded some national exposure. On two occasions, Morgan was selected as the Assistant Head Coach/Offensive Coordinator for the HBCU Spirit of America Bowl All-Star Game, A nationally televised game for HBCU student athletes to be evaluated for the NFL Draft.

Morgan began his career as a coach in 2002 as a graduate assistant at his Alma Mater, Tennessee State University, earning both a Bachelor’s (Criminal Justice, 2000) and Master’s (Administration and Leadership, 2002) degrees.

Morgan was also a standout player at TSU, where he was a three year letterwinner for the Big Blue Tigers. He was a pivotal part of back-to-back Ohio Valley Conference (OVC) Championship teams in 1998 and 1999. Morgan led TSU to a #1 national ranking, becoming the first HBCU to be ranked #1 and also helped lead TSU to two consecutive FCS playoff appearances. In his final season in 2000, Morgan was also voted team captain.

Morgan is married to his wife Adeline and has a son, Zaiden.

“We wanted a consummate leader who will be relentless in leading our team to consistently compete at the highest levels and to make EWC proud on and off the field. I am confident that we found both as Coach Morgan has compiled an impressive record, and I believe our institutional stakeholders and supporters, the City of Jacksonville, and Tiger football fans everywhere can look forward to a bright and exciting future of winning football,” added Dr. Faison. “We are delighted to welcome Coach Morgan and his family to the Tiger family.”