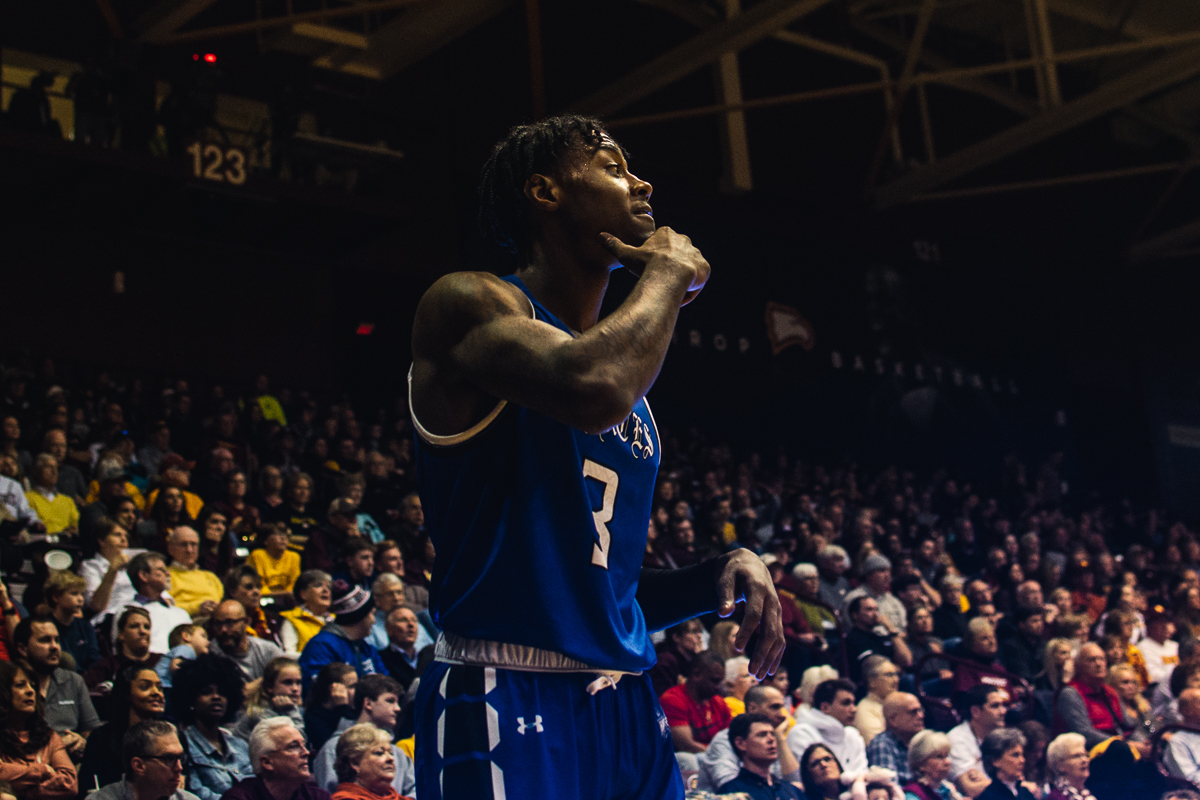 Many things have changed for Hampton University basketball. But anticipation for the Battle of The Bay remains as big as ever.

After opening the season with a win at George Washington University, Hampton had two of its next three games cancelled due to COVID-19. A Dec. 3 matchup against nearby William and Mary and a Dec. 10 game against Regent University.

“With seeing how many games have been canceled and postponed, you kind of walk into it expecting it,” Joyner told HBCU Gameday. “The pandemic has made a lot of college athletes— who are sometimes called the spoiled ones or those types of things — they have to be more aware of their surroundings and what they’re doing and how they are handling things.

From where Joyner sits in his office on the school’s historic campus, it’s something that comes down to his student-athletes and staff having discipline.

“The biggest thing is don’t go out and stay safe,” he said. “Try to stay in your own bubble and stay safe. And we understand that that’s a hard thing to do. But if you want to have a season, that’s what they have to do.”

The Pirates have much of the same roster from last season, but the roles have changed. That’s what happens when you lose 47 points per game from the previous year. They lost two of the top 10 scorers in the country. Yes, the country.

Guard Jermaine Marrow capped off his career averaging 24.8 points per game, leaving the school as its all-time leading scorer. Davion Goodman didn’t put up quite that many against GW, but his 20 points were big in the win. Joyner said it’s not that Goodman is different, but what’s required of him is.

“I don’t know that it’s different, I think that it became opportunity,” he said. “Last year we felt like we had a good player in Davion, but he had to kind of accept his role and do the things that he needed to do to help us win ball games. Now it’s time for him to mature and it’s time for him to take the next step. I think it’s something for him that’s come natural.”

Marrow wasn’t the only big scorer gone from last year. Redshirt sophomore Ben Stanley came out of nowhere to average 22 points per game, good for 10th in D1 basketball. Stanley ultimately transferred out and is now at Xavier. But his former teammate Edward Oliver-Hampton is still around and looks to make a similar leap. He averaged just 4.8 points and 3.7 rebounds per game last season but put up 18 and 8 against GW.

“Ed can do similar things (to Stanley), but his game is different. But we think with what he brings to our team from a total stat sheet standpoint — steals, rebounds, points, assists — we think from that standpoint,  he can have that kind of effect,” Joyner said. “But we’re hoping he could fill more of the stat sheet.”

Goodman and Oliver-Hampton aren’t Marrow and Stanley — and Joyner doesn’t want them to be. But he knows they will be key pieces in any success the Pirates have.

“They both understand that they are the identity of the team. We’re going to go, at least mentally, how they go,” he said. “If they can handle those things and keep it in the road, the rest of the guys will basically follow their lead and hopefully that will carry us through the season.”

The one game that is still on is the big one: The Battle of The Bay.