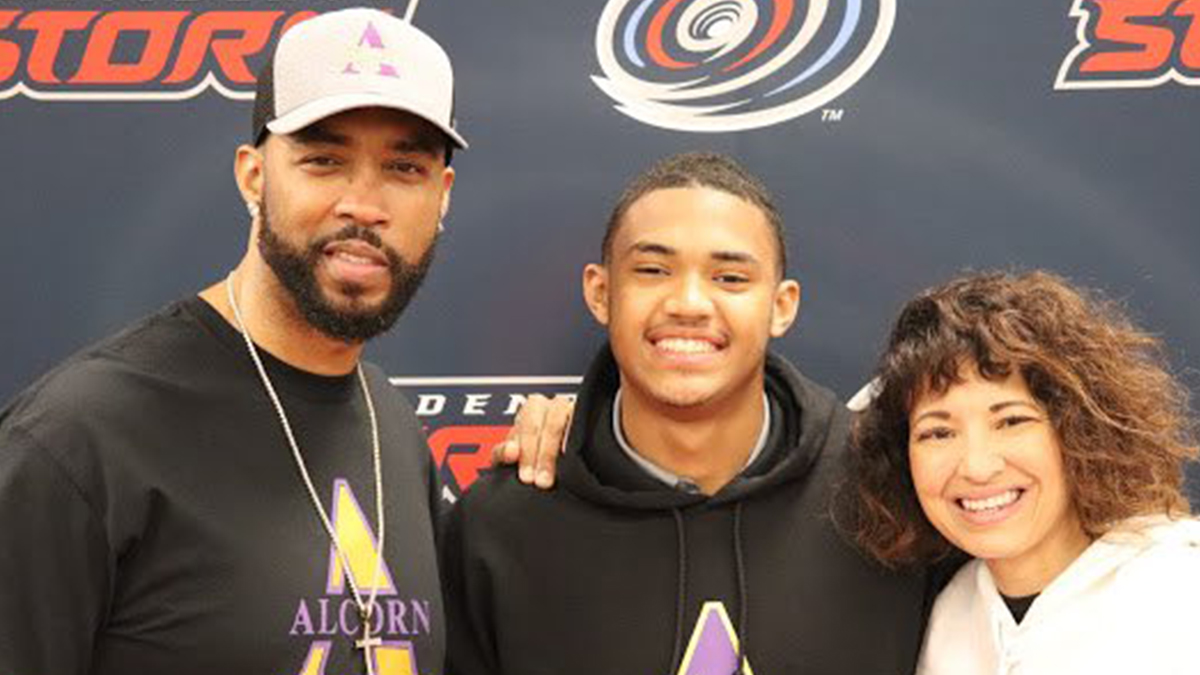 The wide receiver is coming off a 1,300 yard season.

This is how we do it. Alcorn State University has signed the son of famed R&B singer Montell Jordan to a football scholarship. Skyler Jordan is a 6 foot 3-inch, 205-pound wide receiver from Providence Christian Academy in Georgia.

“I’m headed to @AlcornFootball and I can’t wait to rep #HBCU Legacy and play in the #SWAC,” Jordan tweeted on Thursday.

He seemed to lean into the song that made his father famous in the 1990s, using the hashtag #thisishowwedoit.

Providence Christian is a relatively new school, it’s only been in existence for seven years. However, Jordan has made himself the best wide receiver of the school’s initial generation. He hauled in 91 receptions for 1,349 yards and 13 touchdowns all of which are single-season school records.

Jordan transferred to the Class A private school in January of 2019 from national powerhouse Grayson which is a Class AAAAAAA program in Georgia. The move, due in part to limited playing time, paid dividends with this week’s signing to Alcorn State.

Singing the praise of Alcorn and more

Montell Jordan now becomes the latest celebrity connection to the SWAC, particularly the Western Division. The elder Jordan is still making music in addition to being a pastor in Georgia. He released an album in 2019 entitled “Masterpeace.” One of the tracks on the albums features Skyler Jordan. He appears with his siblings on a track entitled “Valuable.”

Alcorn State opted out of the 2021 spring football season but they remain the reigning SWAC Champions. Quarterback Felix Harper is expected to contend and possibly repeat as the most valuable player in the league once again. The Braves, who just released the 2021 fall schedule, will move to the western division this fall with the arrival of Florida A&M and Bethune-Cookman University.

Alcorn State opens the season on August 28 against North Carolina Central in the MEAC/SWAC Challenge in Atlanta.