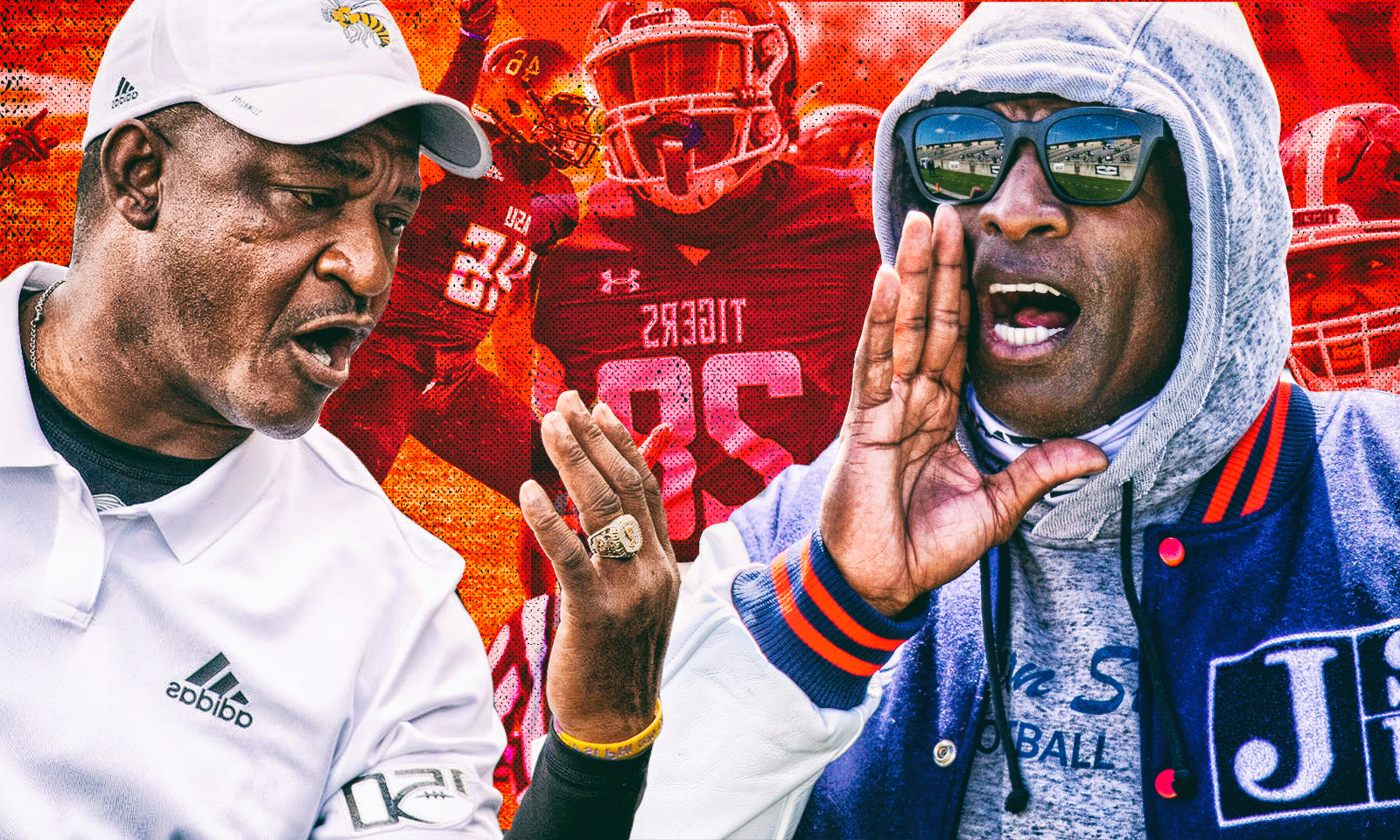 There has been a lot of smoke coming out of Montgomery, Alabama since Alabama State handed Jackson State its first loss under Deion Sanders. There was the vintage image of Deion Sanders used on the video board of ASU Stadium. And then there were comments from Dr. Donald Hill-Ely, ASU’s coach at the end of his presser that re-ignited fumes on Sunday via social media.

“You hear all the hype that was coming out of Jackson,” he said. “We’re just this little small school in Montgomery, we don’t know how to coach in black college and — as I told the players — once they get back to Jackson, let them soak in some Epson salt and send me my shoe back.”

When asked about the comment on Monday, Hill-Ely talked specifically his comment on coaching about coaching. He said the comments had nothing to do with Deion Sanders or the Jackson State team. Instead, he said, they were brought on by a heckler outside his own stadium during the team’s customary “Hornet Walk.”

“We had a couple of JSU fans heckling us. We don’t have all the security that everybody else has. And, you know, the person was just ‘aww, you guys at HBCUs can’t coach. They can’t coach, they can’t do this…They can’t do that. You guys don’t know how to do that…so that wasn’t intended for Coach Sanders. That was intended for that fan to go take our shoe out his rear end.”

Hill-Eley said he told the players throughout the week that he didn’t want to get involved in a war of words. But he felt what was said was disrespectful and that fans can sometimes go across the line.

“We were men before I was a coach. I was a man before I was a doctor. And I’m still going to be a man even after all those things. I just don’t take a lot of bull. So I wanted to let that person to know, the fact is, for THEM to go back to Jackson.”

Speaking on the same media session later, Deion Sanders didn’t address Hill-Eley’s comments directly. But he did point out that everything is being magnified at this point.

And even more people will be watching on April 10. The SWAC announced on Monday that the April 10 matchup between Jackson State and Alabama A&M will be televised on ESPN.