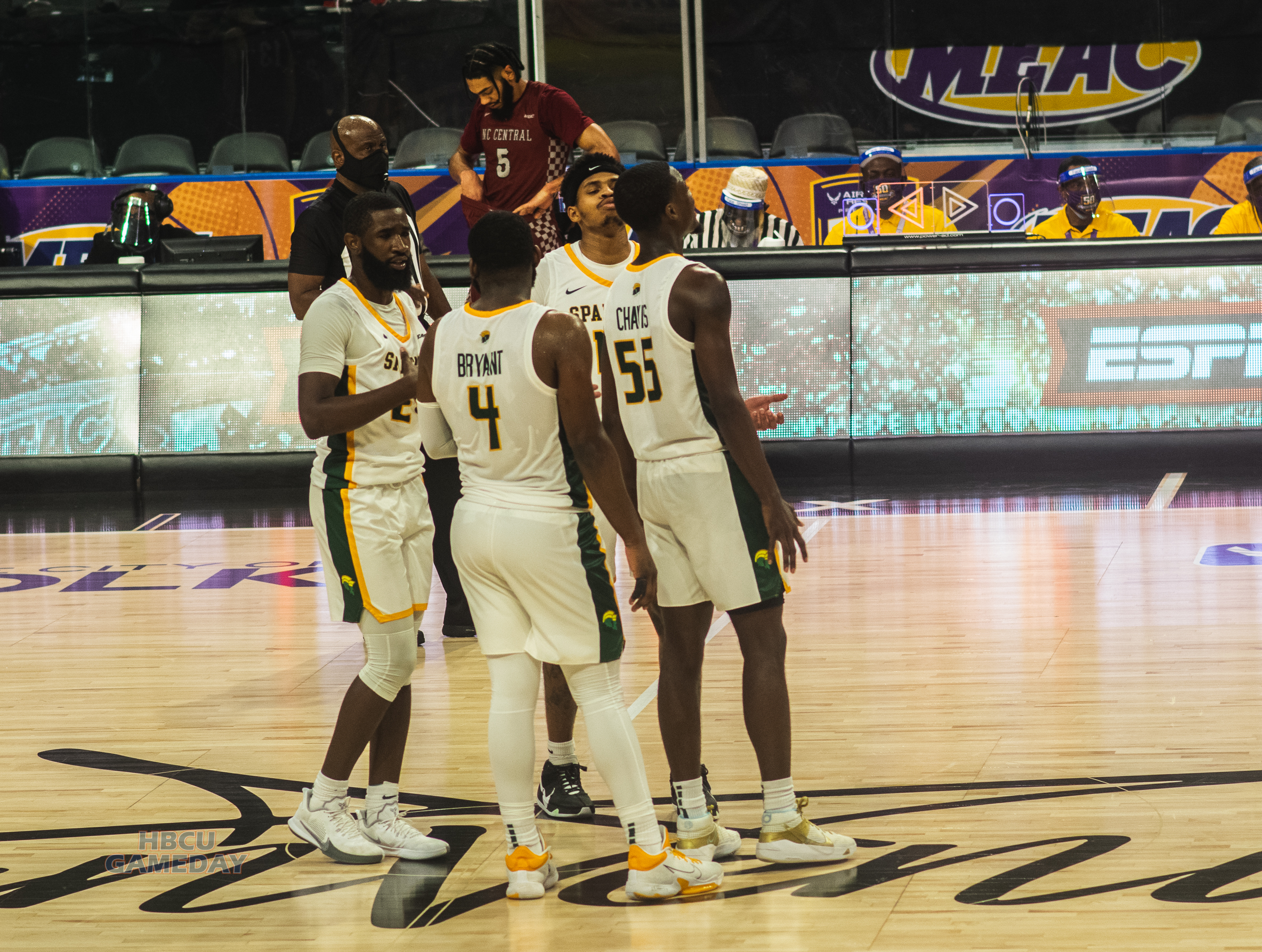 Norfolk State no match for Gonzaga

Norfolk State’s NCAA run is over after it meets up with top-seeded Gonzaga in the NCAA Tournament Round of 64.

INDIANAPOLIS, Ind. – Norfolk State saw its season come to a close on Saturday night with a 98-55 loss to No. 1 seed Gonzaga in the NCAA Tournament First Round at Bankers Life Coliseum.

The No. 16 seed NSU men’s basketball team led during the first few minutes of action before the Zags played like the No. 1 ranked team in the country. The Spartans were held to 31 percent shooting as they ended their season with a 17-8 overall record, a campaign in which they shared the MEAC Northern Division title before capturing their second-ever MEAC Tournament crown.

Seniors Devante Carter and Kyonze Chavis each scored 12 points, with Chavis knocking down all three 3-point attempts with four steals. All 12 of his points came in the second half. Seniors J.J. Matthews and Kashaun Hicks and junior Jalen Hawkins each added eight points.

Gonzaga (27-0) got 23 points from Corey Kispert, who made 6-of-9 from deep, and 17 points, seven rebounds, four assists and three steals from Anton Watson. The Zags shot 56 percent from the floor and made 14 of their 27 3-point attempts.

The Spartans led for a few minutes at the start of the game, thanks in part to a pair of 3-pointers from Hicks. A 12-0 run by the Zags put them up by double digits, and after Hawkins completed a 3-point play for the Spartans, Gonzaga went on a 16-2 run to get its lead past 20.

Matthews and junior Joe Bryant Jr. each had a pair of buckets for Norfolk State in the last few minutes of the opening period, but Gonzaga went into the half up 43-23.

Matthews had a pair of slams early in the second half before a 26-5 run by the Zags, which included 13 straight points at the start, pushed their lead past 40. A 12-2 run put them up by 49, but NSU scored 12 of the next 14 points, all from Carter and Chavis.

Chavis had a 4-point play and another 3-pointer during that time, and the Spartans later scored six of the last seven points of the game for the final margin.

Joel Ayayi totaled 15 points and nine boards for Gonzaga, which held a 45-22 edge on the glass and had 27 assists on their 34 field goals.

The Spartans had just five offensive rebounds but turned them into 13 second-chance points. They sank 7-of-21 from beyond the arc.

Norfolk State no match for Gonzaga