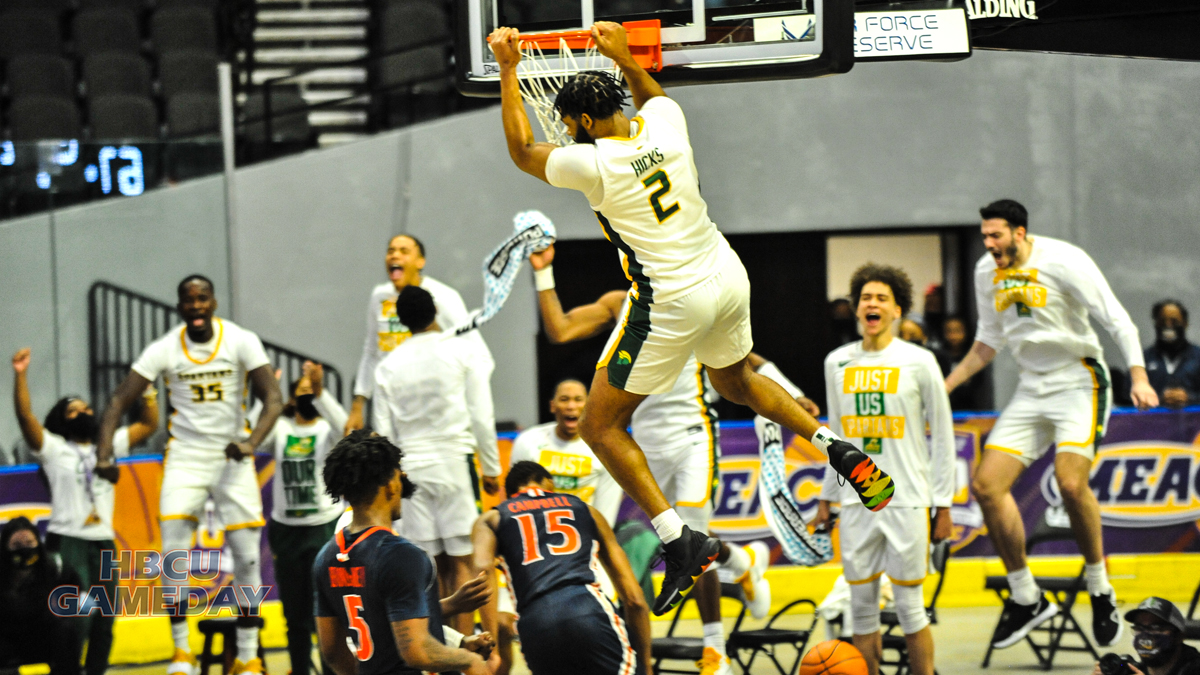 Norfolk State finally got the monkey off its back with a MEAC Championship in Norfolk. Now it will try to shock the world once more in the NCAA Tournament.

Norfolk State has been waiting eight long years to win a MEAC title in its hometown. There weren’t many fans in the stands to witness it in person, but that doesn’t make it any less sweet.

Norfolk State solidly beat Morgan State 71-63 in the MEAC Championship Game to book its ticket to the NCAA Tournament.

Joe Bryant, a local kid from Norfolk, was named the tournament’s Most Outstanding Player after scoring 17 points in the win. The game was played in front of an intimate crowd due to COVID-19. Kashaun Hicks and Devante Carter added 14 and 12 points, respectively.

NSU head coach Robert Jones, an assistant on the only other team in school history to win the MEAC conference title, said he didn’t view a small crowd as a negative. In fact, he thought it helped his team out as it brought home the title for the first time since the tournament moved to Norfolk in 2013.

Indeed it will be. Unlike previous years the team has to remain in its own bubble as it prepares to go to the NCAA Tournament. Instead of sticking around to celebrate at home and wait for Selection Sunday, the team is scheduled to leave for Indianapolis on Saturday evening just after sunset.

“We’re not going to be a secret for anybody this time around like we did last time. Now, after that Missouri win, after the Alabama win, after the consistent winning in the program, nobody’s sleeping on Norfolk State anymore so now we really gotta play basketball. No matter if we play-in game, or we play Gonzaga or whoever we go to play. They’re not going to sleep on Norfolk State like maybe Missouri did.”