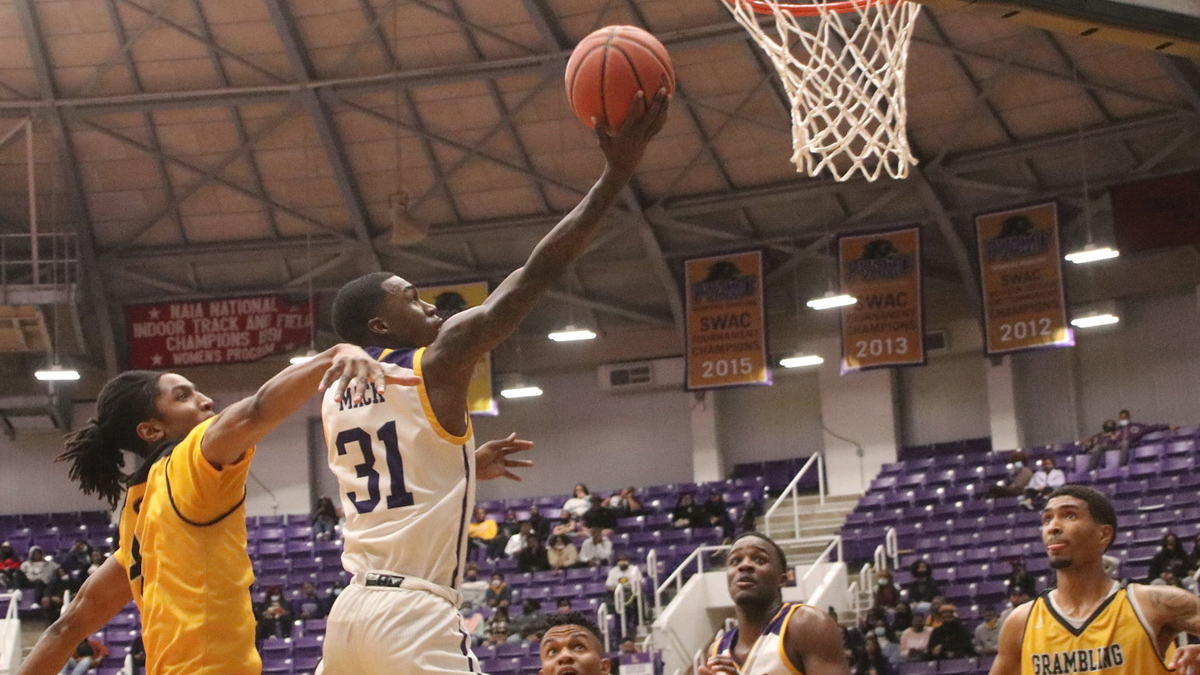 Prairie View has lots of new players, but its focus remains the same as it prepares to open the SWAC Tournament vs. Mississippi Valley.

Prairie View A&M has dominated SWAC basketball the last three seasons. It has a total of five conference losses during that span, including a sparkling 13-0 record during the pandemic-ridden 2021 SWAC slate.

And yet, PVAMU coach Byron Smith knows that if it goes out and loses to a one-win Mississippi Valley State program on Wednesday night, his program’s dreams of a second NCAA Tournament appearance in three seasons is over. That’s the reality of playing Division I basketball in a one-bid league.

“We can’t take our foot off the gas. We have to go out and approach this like it’s 0-0. We didn’t win 13 games in a row, we’re not 14-3 in the regular season,” Smith told Dr. Cavil’s Inside The HBCU Sports Lab on Tuesday.

Smith has been here before. Two years ago Prairie View wrestled the regular season title away from its rivals at Texas Southern and then finished the job in Birmingham. After sharing the title with TSU in 2020, it was prepared to do the same and get back to the NCAA Tournament, but COVID-19 shut that down.

He says establishing culture, particularly in recruiting, is important in having consistent success. PVAMU has eight players that weren’t in its program during last year’s 14-4 SWAC run, and the pandemic meant the staff didn’t get to meet the new recruits in the traditional way.

“The Good Lord was good to us in that he matched up our program and our staff in with some quality young men, that were again, hungry and humble, but had a chip on their shoulder or they had something to prove,” he said.

Those newcomers included Cam Mack. He started his career at Stephen F. Austin, then spent a year in JUCO before committing to St. John’s. When Chris Mullins was let go as the head coach, he headed for Nebraska where he averaged 12 points, four rebounds and six assists in one season. He was suspended from the team after an auto accident in which he reportedly left the scene and ultimately decided to transfer.

He’s been a bright spot for the Panthers, averaging 12.1 points and 8.4 assists per game. Jeremiah Gambrell Jr., a Houston native and Western Kentucky transfer, averaged 11.4 ppg.

“Several of them had been told that they’re not quite good enough for the level that they wanted to go to,” Smith said. “Or they had a hiccup academically or maybe something to do with an off-the-court issue. And we have a few of those young men, but I’m proud to say that the time they’ve been at Prairie View they’ve been model citizens.”

This week PVAMU will look to bring the crown back home once more. But the road to Selection Sunday starts on Wednesday night in Birmingham. And Smith knows that if his team takes Valley lightly, it could be the end of the road, no matter how great it has been this season.