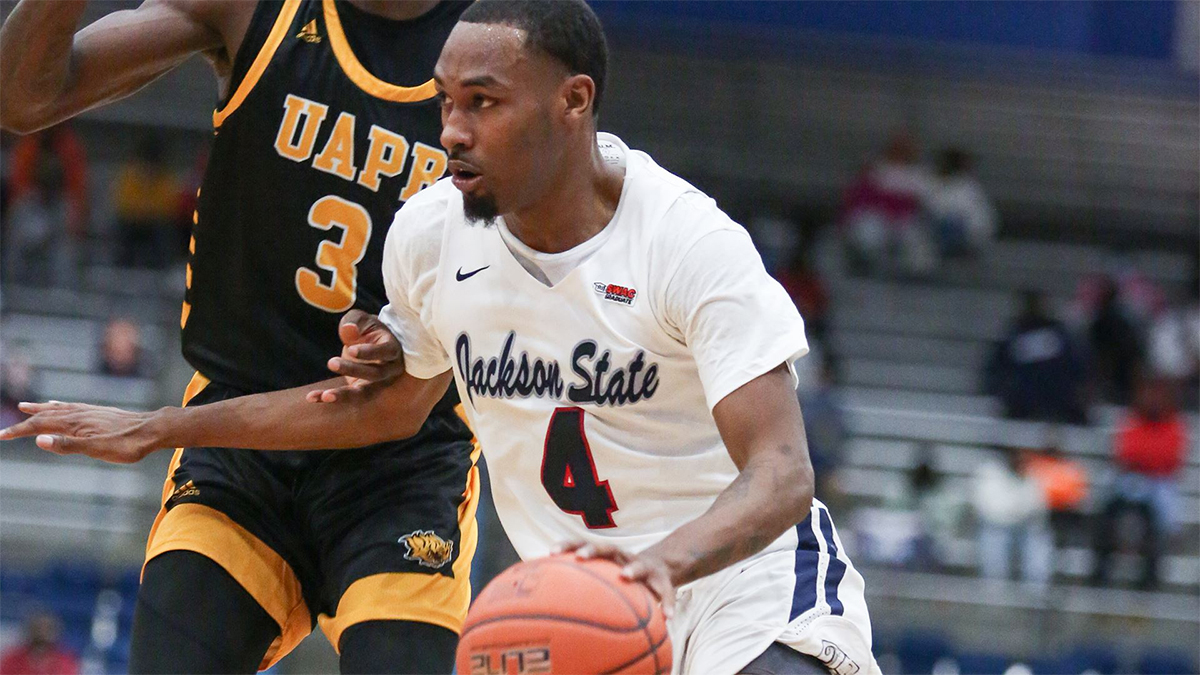 A few weeks ago, people said Jackson State should wash its hands of Tristan Jarrett. But the guard is back now and better than ever.

Just three weeks ago, many people were calling for Tristan Jarrett to be kicked off the Jackson State basketball squad.

After his latest performance, they may soon be calling Jackson State SWAC regular season champions and  Jarrett the SWAC Player of the Year.

The senior from Brownsville, Tennessee has been on fire as of late, and his best game may have come on Monday night. He scored a season-high 32 points and pulled down 13 rebounds as Jackson State beat UAPB 64-58 in overtime. He was only 8-for-21 from the field, but he went 14-for-14 from the free-throw line.

It started against Grambling State on Feb. 22. The game took place one week after his two weeks after the blowup at Southern. All he did was score 26 points off the bench, hitting six of his 10 attempts from the 3-point line in JSU’s win on NBA TV.

He followed that up with a team-high 17 points in a 68-54 win over Mississippi Valley State on Saturday before Monday night’s offensive explosion.

Of course, it was an explosion of another kind that had Jarrett in the spotlight a few weeks earlier. Late in a highly-contested game against Southern University, Jarrett and teammate Jayveous McKinnis got into a heated argument on the sideline that led to a face-off before Jarrett ultimately broke away from the huddle and headed to the visitor’s locker room.

As he walked across the floor of the FG. Clark Athletic Center in Baton Rouge, he pulled his jersey over his head and tossed it back on the ground and kept on walking like Ce Ce Pension.

The game was broadcast live on ESPNU, so there was a sizable audience. It then made its way on social media, where the judgments came quick and harsh as they often do.

JSU head coach Wayne Brent said that he would handle the matter internally and a few days later Jarrett issued a public apology.

Jarrett was already the team’s leading scorer at just over 19 points per game. Since his outburst, however, he’s averaging 25 points per game. More importantly, JSU is still a perfect 9-0 in SWAC play. The story of the season hasn’t been written yet, but the latest chapter has been quite compelling.