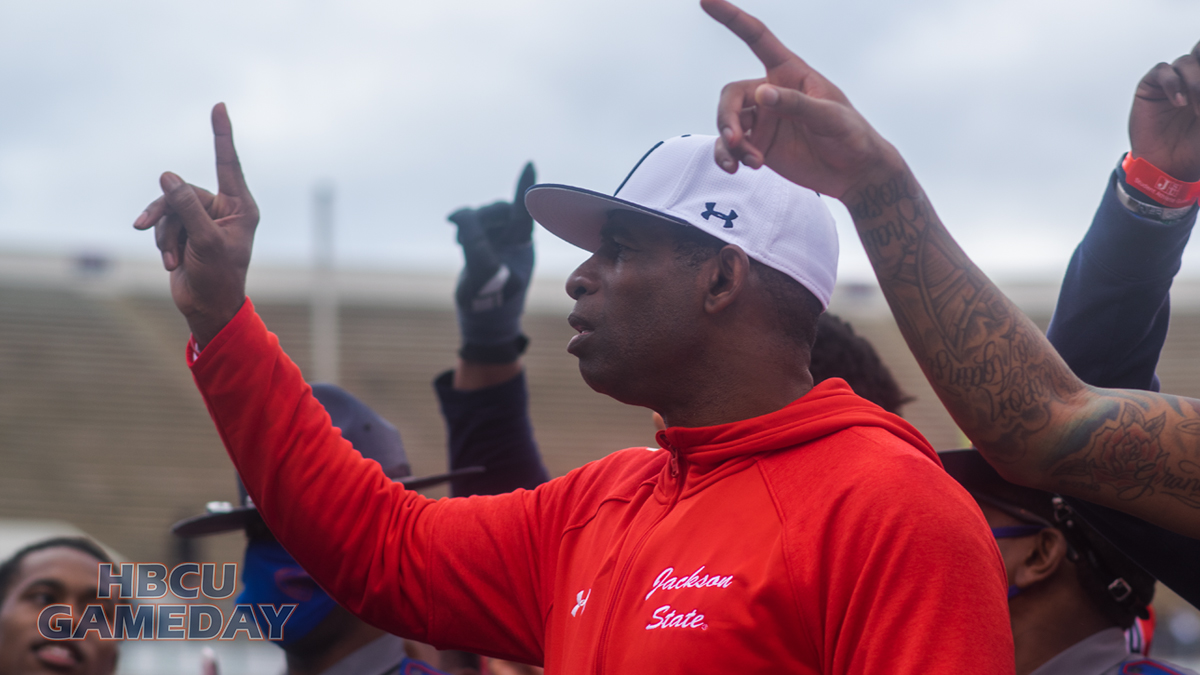 When asked if he would consider leaving Jackson State for Florida State if offered, Deion Sanders professed his love for his new hometown.

Just one win into his career as a head coach, Deion Sanders is already having to answer questions about other jobs.

Sanders made his media rounds on Tuesday, less than 48 hours after his Jackson State team defeated Edward Waters 53-0 in his debut. One of his (virtual) stops was the Keyshawn, JWill and Zubin podcast from ESPN.

They talked about Sanders’ debut win over the NAIA program and looking forward to the team’s second game against Mississippi Valley on Saturday. And then former NFL All-Pro Keyshawn Johnson asked him a question that likely had many of the JSU faithful holding their breath.

“I know who you are deep down and, a year or two from now if Florida State wakes up and they say ‘you know what, we got it wrong’ and they come calling Prime,” Johnson asked, “how difficult of a decision will that be to leave Jackson State to go home to Tallahassee?

Sanders told Johnson that he interviewed for the job at his alma mater prior to being hired by Jackson State.

“And Keyshawn let me tell you I knocked it out of the park. You’ve got to understand, I’m getting ready to recruit in the state of Florida and presented them with a wonderful scenario, but God didn’t see fit for me to have that. So I’m here and I’m happy and I’m elated. So I’m not even thinking about tomorrow. I’m trying to dominate today.”

It was a nice statement, but it didn’t exactly answer Johnson’s question. So he persisted. And Deion Sanders told him he’s happy in Jackson as he’s settling into his new hometown.

“I’m so comfortable and happy where I am. I just got to sleep in my own bed the last two nights. I finally got in the crib,” Sanders said. “I’ve been in a hotel for a while trying to get the crib established. I am happy where I am. I really am. Got me a lake, get to fish a little bit once the weather warms up a little bit. But I’m happy. I am. I’m happy about everything with Jackson, Mississippi.”

Now that answer leads us to two more questions: Are there catfish in the lake, Coach Prime? And if so, are they delicious? The people wanna know.