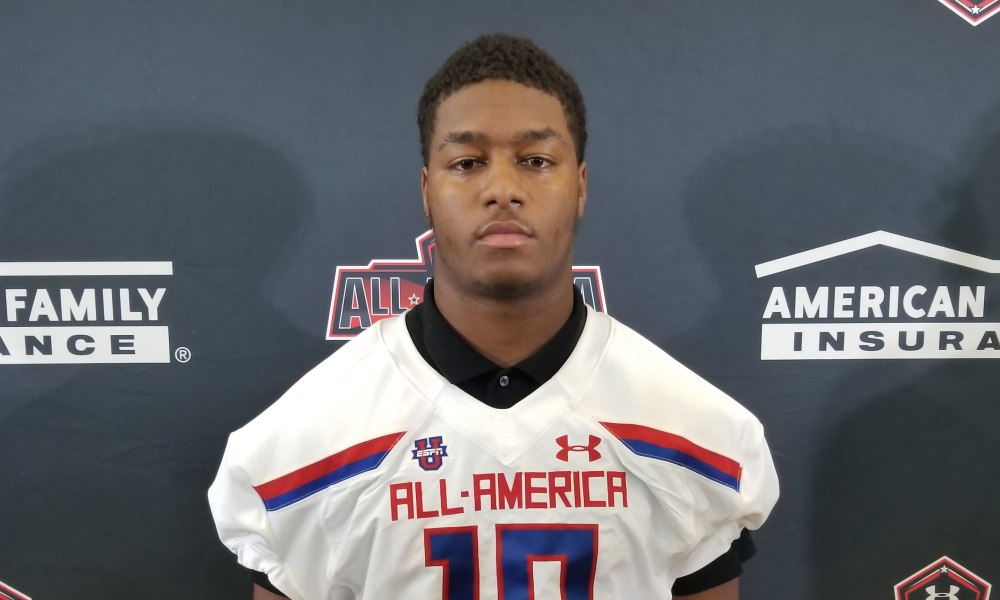 Shaquon Anderson-Butts, a four-star receiver coming out of high school, has signed with Hampton University. Anderson-Butts had previously committed to Penn State and Mississippi State, but Hampton is the home he has finally settled on.

A former Under Armour All-American out of Harrisburg Pennsylvania, Anderson-Butts had 30 offers as a prep star. However, he started his post prep career at Lackawanna Community College. The wide receiver earned a first-team junior college All-American nod headed into the 2020 season.

“Today, we added a prolific playmaker to our recruiting class. As I mentioned on National Signing Day, we will continue to add to the solid foundation we have already established. I am very excited to introduce Shaquon Anderson-Butts to the Hampton community,” said Hampton head coach Robert Prunty.

Anderson-Butts is listed at 6’1″ and 210 pounds. In 2018 the recruiting service scout.com analyized his play with the following breakdown.

“Anderson-Butts has big-play ability and can run past a cornerback for the deep ball. He has good ball skills and he understands how to use his body to seal off a defender. He is elusive after the catch, and he accelerates well.”

Hampton made its offer to Anderson-Butts last June. In 2017 he was the no. 48 player at his position, and no. 11 in the state of Pennsylvania.

Hampton opted out of spring football this season and is slated to return to action this fall in the Big South.