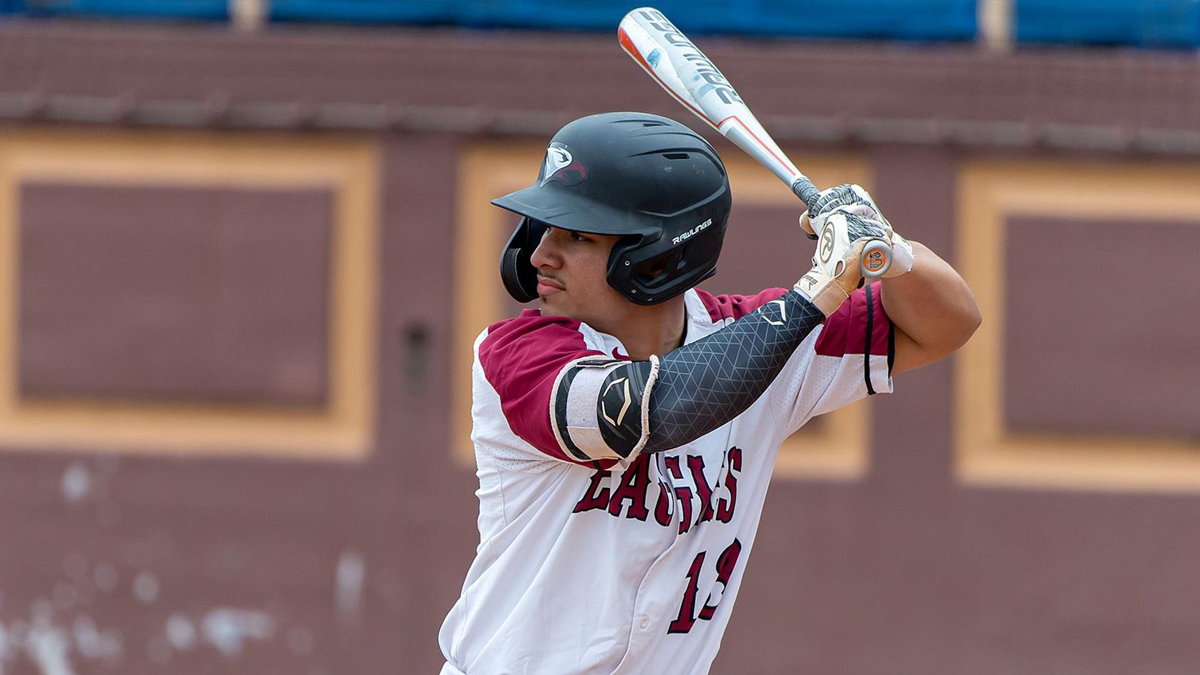 NCCU baseball has started its final season with a bang, jumping out to a big lead and coming up with a solid win over Army in its opener.

DURHAM, N.C. – North Carolina Central University (NCCU) picked up a big win over Army on opening day, as a grand slam from Nick Fajardo (Durham, N.C.) helped push the Eagles to a 9-4 win over the Black Knights on Friday, Feb. 19 at the Durham Athletic Park.

Fajardo’s grand slam came in the bottom of the second inning to send NCCU (1-0) ahead, 4-0, and that was his first career home run as well.  That grand slam was the first for the Eagles since Myles Coston (Pittsburg, Calif.) left the yard for four against Bethune-Coookman on April 20, 2019.

The Eagles kept their foot on the accelerator in the bottom of the third with an RBI double from Cameron Norgren (Cary, N.C.) and a run-scoring single from Patrick Doran (Evergreen Park, Ill.), to put the home team ahead, 6-0.

NCCU went on to score three more unanswered runs, with two RBI tacked on by Cort Maynard (Charlotte, N.C.) on a single and a double, and an RBI double from Luis DeLeon (Providence, R.I.) to lead 9-0, after six.

Army (0-1) would then score four unanswered runs of its own in the seventh and eighth, starting with a three-run seventh inning punctuated by a two-run homer from Ross Friedrick (Alpharetta, Ga.).  The Black Knights added one more run in the top of the eighth, but the Eagles wouldn’t allow Army to cut the deficit any further.

Caleb McRoy (Raleigh, N.C.) finished off the game for NCCU with two spotless innings of work, and posted three strikeouts without allowing a baserunner.

Fajardo reached base three times for the Eagles, and finished with two walks and three runs scored along with four RBI.  Maynard posted a 3-for-5 day with two RBI and a run scored as well.

Both Jeremiah Adams (Mattapoiset, Mass.) and Cam Cerruto (Torrington, Conn.) picked up two hits and a double apiece for Army in the contest.

It was a big win for NCCU, which is set to end its baseball program after the 2021 season.

The second game of the series will be played on Saturday, Feb. 20 at 3:00 p.m. at the Durham Athletic Park, and will be broadcast live on the NCCU Sports Network.