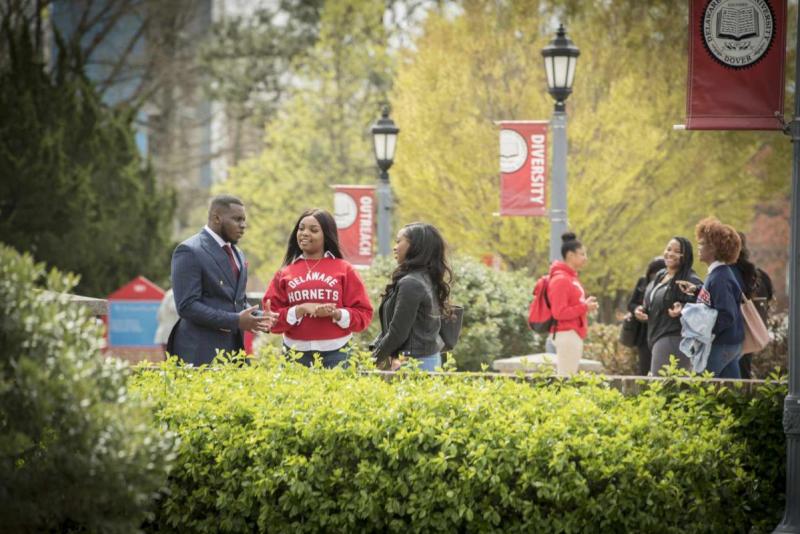 Delaware State says Wesley College’s NCAA Division III athletics program will be shut down once the acquisition of the Dover, DE PWI is complete.

The acquisition will impact Wesley College’s department of athletics as DSU is shutting it down. Wesley competes in the NCAA’s Division III.

Yesterday, Wesley College President Bob Clark sent out a note to his campus community that Delaware State University has decided not to continue with a DIII Athletic program following the acquisition. We recognize the deep disappointment that the Wesley College community is feeling after that announcement.

It was not an easy decision. Wesley College athletes and coaches across the board have carved out a proud tradition in DIII sports, and we made every effort to consider its long-term sustainability. To that  end, the University privately fundraised to engage two independent management consulting firms to analyze the viability of simultaneously operating a DI and a DIII Athletic program.

Those analyses were summed up in months of review, engagement with diverse subject matter experts, including officials from the NCAA, and a financial exploration of the University’s capacity to support two comprehensive programs.  Among the options considered was a scenario that delayed discontinuing D-III athletics by at least one additional academic year.

After hearing the consultants’ reports and sharing those findings with Wesley’s leadership, our decision was clear.  The programmatic, regulatory, and financial hurdles to operating two Athletic programs were either too high and/or uncertain and would have steered us away from the original intent of the acquisition  — more low-cost, high-quality educational opportunities each year for a larger number of deserving young Delawareans and a broader impact on Dover, Kent County, and the State.

What we expect to be the University’s new “Wesley College of Health and Behavioral Sciences” in downtown Dover will be an exceptional addition to our academic and research portfolio.  The new college will significantly enhance the number of aspiring health sciences professionals among our students, in addition to the many Wesley academic programs that will continue under the Delaware State banner.

Delaware State currently competes in the MEAC, however, the topic of conference change has come up at several Board of Trustee meetings since 2019. DSU had discussions about joining the Northeast Conference, but ultimately elected to remain members of the MEAC for the foreseeable future.