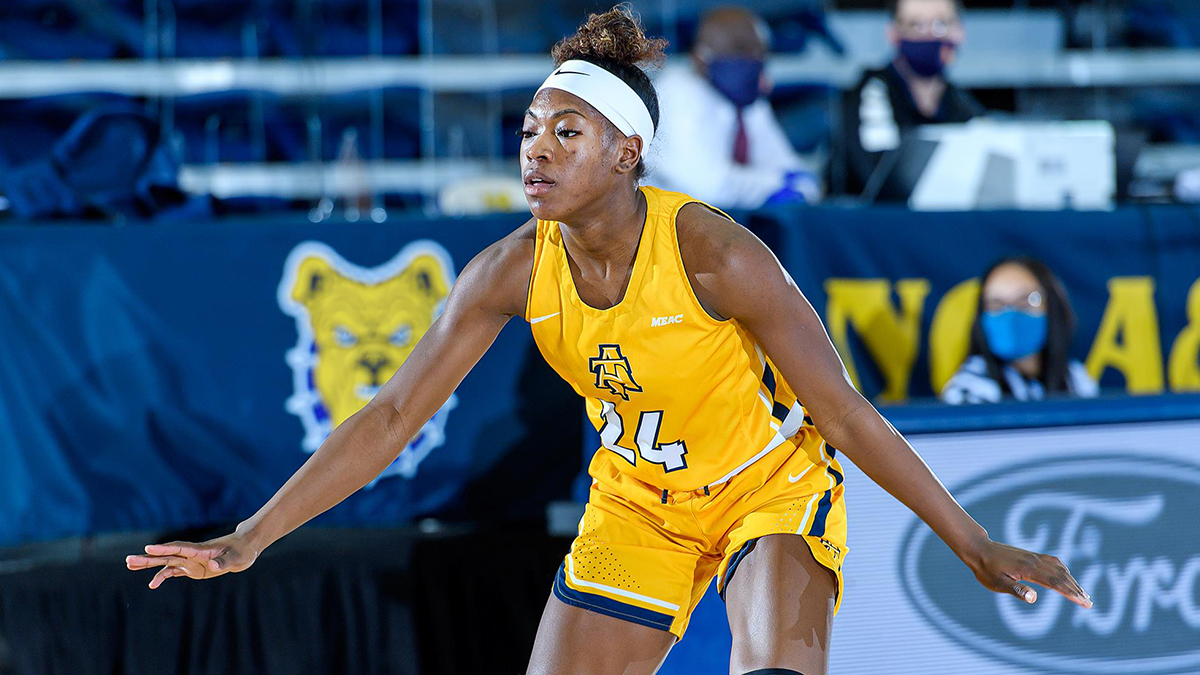 North Carolina A&T is perfect in the MEAC right now. But the regular season success hasn’t always translated into NCAA Tournament runs and that’s what it wants.

North Carolina A&T crushing the competition in MEAC women’s basketball is one of the few things that isn’t abnormal in 2021. The program has been a force to be reckoned with for a while now, and heading down the home stretch it is looking very good.

A&T came away with a solid 72-62 win over rival North Carolina Central in Durham on Sunday. It was the ninth win in a row for A&T, including all six MEAC games.

The Aggies and Eagles found themselves deadlocked at 31 all at halftime. The Aggies would outscore their opponents 41-31 in the second half to stay perfect in conference play.

“Today was a game we almost let slip away,” A&T head coach Tarrell Robinson said. “We’ve got to get better from a mental aspect in these back-to-back games. I thought the Lady Eagles responded to their head coach’s challenge today. I felt my ladies didn’t respond to mine today.”

Despite Robinson’s apparent disappointment with his team’s play, Chinita Scott had a huge game. The grad student and Georgia Tech transfer played her best game of the season with 22 points, 11 rebounds and four steals in the win.