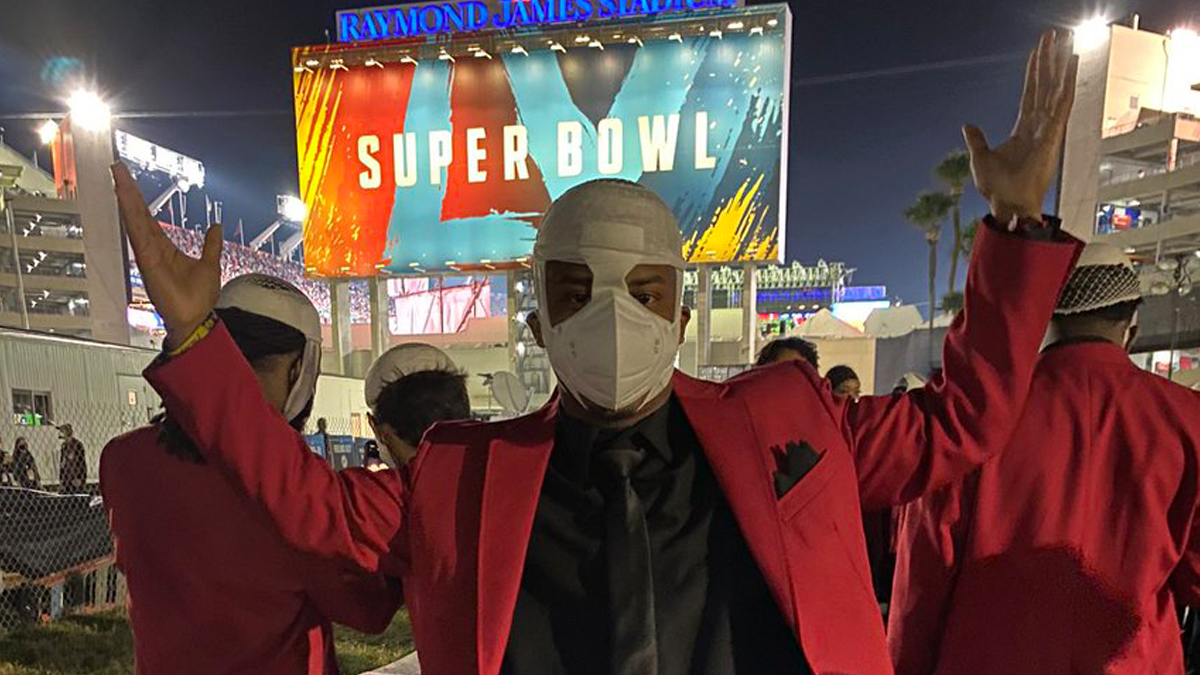 We thought we knew Jordan Jefferson could do it all in 2019. But who knew he would go on to perform at Super Bowl halftime.

Super Bowl halftime is one of the most talked-about performances in any year. And— love it or hate it— the Weeknd’s performance in the intermission of the Tampa Bay Bucs’ 31-9 win over the Kansas City Chiefs in Super Bowl LV fit that bill.

The show featured a sea of dancers, dressed like the pop/R&B sensation. Red blazer, black shirt, tie, shoes and slacks with a white face mask.

Among that sea of dancers were several former HBCU students, including a former Jackson State football player and student body president.

Jordan M. Jefferson revealed on Sunday evening that he had been a part of the Weeknd’s halftime performance.

‘I was blessed to perform in the halftime show today with the Weeknd,” Jefferson wrote. “Very dope experience I’m so blessed and it was my first NFL game as well.”

Jefferson is a Jackson, Mississippi native and his father, Joe Jefferson, was once JSU’s offensive coordinator. Jefferson redshirted as a freshman in 2016 and then an ankle injury kept him out the entire 2017 season and much of the 2018 season. During that time he stayed busy with not only his studies, but a bevy of student activities. Not only did he become SGA President and a member of Alpha Phi Alpha Fraternity, Inc., he also danced at Carnagie Hall and studied abroad.

“A lot of people asked me why I did not quit,” Jefferson told HBCU Gameday in 2019. “When I start something, I finish it. When you love something, you feel differently about it.”

Jefferson was named a Rhodes Scholar finalist as a senior. He finished his athletic career in 2019, and obtained his bachelor’s degree in political science. But he’s still pursuing his education as he works on his master’s degree at Harvard University.

“I’ll be getting a Masters in public policy,” he told WJTV in 2020. “My goal is to come back to Jackson and really develop the community economically, and really bring Jackson a new light. That’s what I really want to do.”

And even with all of that going on, he still found time to perform in the Super Bowl halftime.