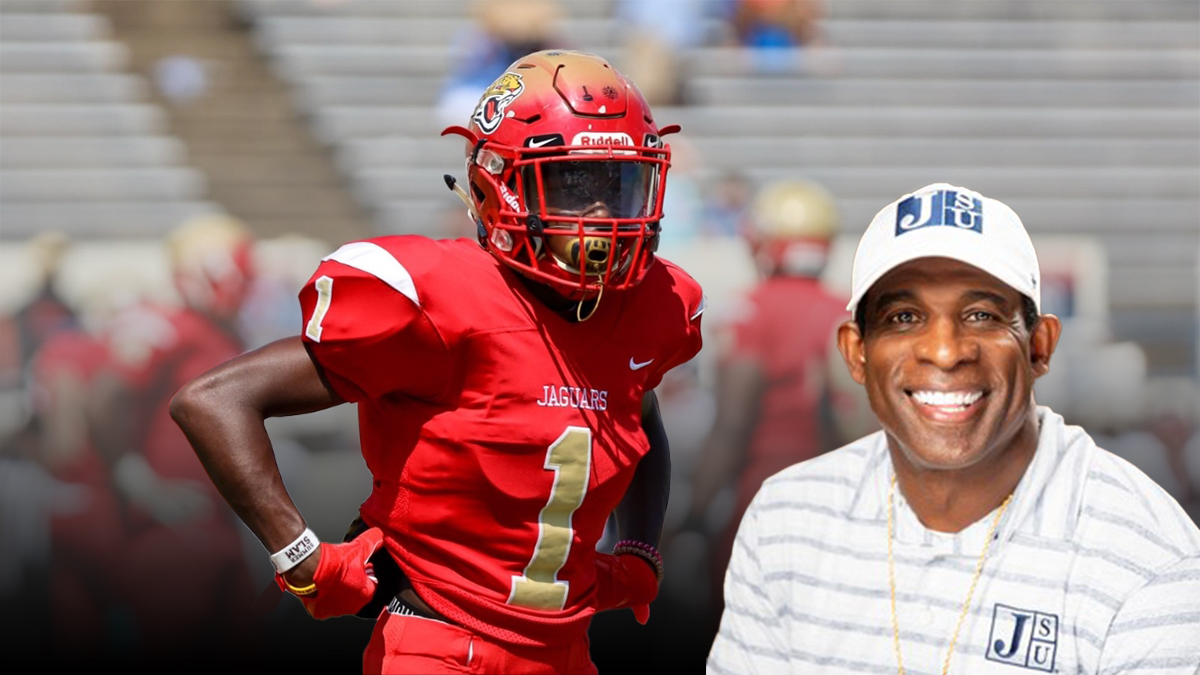 Deion Sanders and Jackson State are hoping to add another four-star player to their program. But they’ve got steep competition.

Deion Sanders, even before he was introduced as Jackson State’s head football coach, said he would be looking for the best of the best.

“We want dogs,” said Sanders on his 21st and Prime podcast. “We’re not recruiting the normalcy. We’re gonna step out, way out of the ordinary, and recruit the extraordinary.”

True to his word, Sanders and his staff have offered the top “dog” in Mississippi — 2022 cornerback Khamauri Rogers. The four-star defensive back is listed as the top player in the state by 247Sports.

The Lexington, Mississippi native is 6’1, 168 pounds. He originally committed to LSU, but de-committed last December. He has a total of 42 offers which include a big portion of Power Five programs from the SEC and ACC as well as the PAC-12.

Rogers was projected as a Power Five starter by 247 Sports’ Charles Power last month. Here’s a portion of his scouting report.

Shows good ball skills in locating, tracking and making plays in downfield coverage. Uses his length to make plays on in-breaking routes. His advanced length also helps in making up a downfield separation deficit at times. Shows solid fluidity and ability to turn and run, but will need to continue honing his technique in man press coverage. Shows some early signs of physicality as an open-field tackler and in defending the run. Will need to keep progressing in his overall skill set and athleticism throughout his high school career. Projects as an early top prospect in the 2022 cycle with the upside of developing into a Power 5 starter and possible NFL Draft pick should he continue to progress.

Rogers and Deion Sanders have something in common

Jones has a connection to Jackson State. His father, Marcus, played at JSU. While he’s grown up attending Jackson State games, he says his father, who is also his coach, doesn’t talk much about his school in the recruiting process, according to the Clarion-Ledger.

Jackson State landed three four-star recruits out of high school in the 2021 cycle, so its not out of the question that he could end up at JSU now that Deion Sanders is there. The fact that JSU has already landed four-star players definitely helps and a good showing in 2021 would help the cause.

One thing that he and Sanders have in common is picking the ball off, as Rogers has intercepted 40 percent of passes thrown his way. If he goes to JSU, he would end up learning from the GOAT at his position.