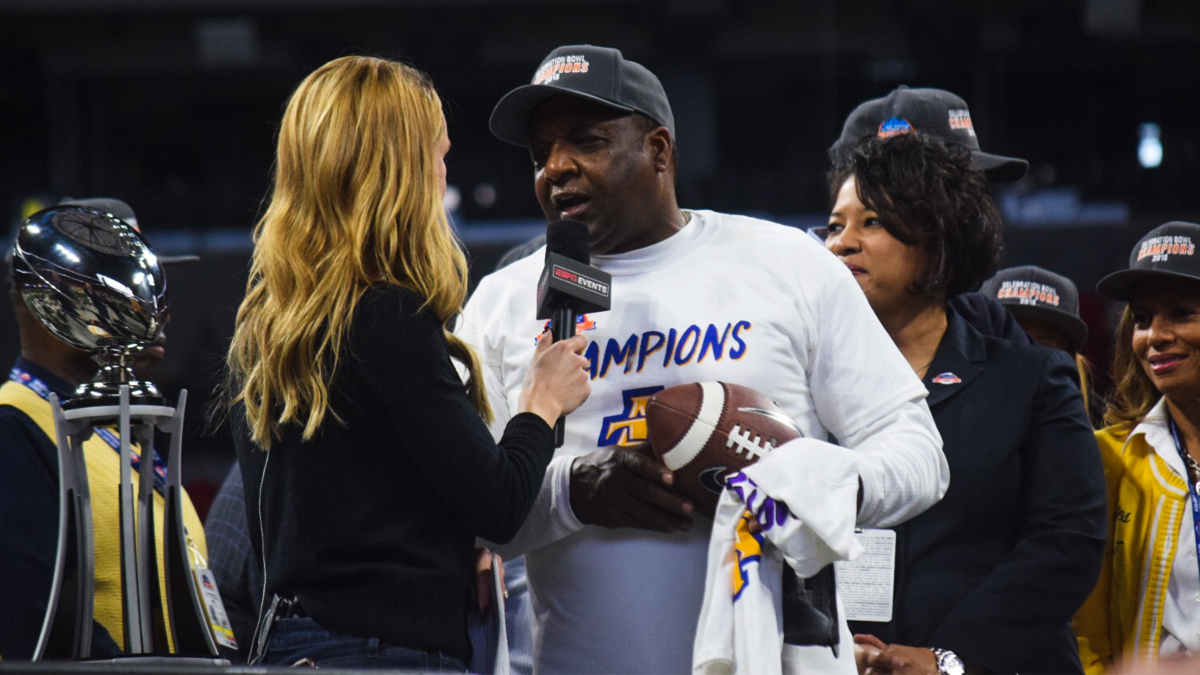 North Carolina A&T has been the team to beat in the MEAC for quite a while. That won’t change this spring, even as its on its way out.

The spring 2021 season will be especially unique for A&T. It will be playing in an abbreviated four-game season against South Carolina State and Norfolk State, arguably the best two remaining programs participating in the conference.

But more than that, it will be the final football season in the MEAC for A&T. The school announced almost a year ago that it will leave the conference that has been its home for 50 years for the Big South.

Washington told the media that he hasn’t had a lot of time to reflect on the move. The pandemic set it just over a month after the announcement. The way he sees it, winning is the goal — no matter what the winds of change bring.

“We want to win period,” he said. “I hate to lose more than I love to win. We take it from that kind of approach, we play the game to win.”

When asked about the future — of both his program and the MEAC — Washington was clear his focus is on the now.

“Right now — we’re still in the MEAC. That’s where we’re gonna play. That’s where are hearts are. That’s where our focus remains. What happens in the future, unfortunately, I do not have a crystal ball.

However, he is optimistic that the MEAC will continue to move forward. Even without the Aggies..

‘The MEAC’s gonna be fine because of their leadership. They have a great leader in Doc (Thomas) so they’ll be fine.”