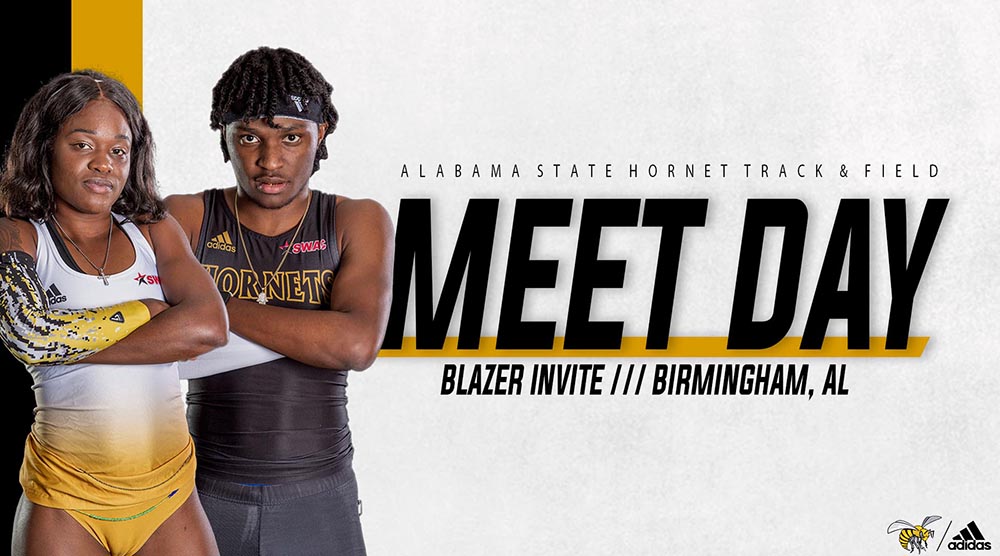 BIRMINGHAM, Ala. | Duvaire Wauchope paced the Alabama State track and field program in their first meet in nearly a year, claiming gold in the season-opening Blazer Invite Friday at the Birmingham Crossplex.

Wauchope won the 600-meter run in a time of 1:21.88, finishing ahead of Reuben Dotson of Troy in a time of 1:21.88 and a pair of runners from Jackson State. Meanwhile, his teammate, Ulyesses Grace finishing second in the 60-meter hurdles with a time of 8.06 seconds – just behind Christian McNair-Jones of Jackson State (7.98). A pair of Hornets finished second and third in the men’s long jump with Marcus Cade finishing second with a distance of 7.01 meters. He was followed by his teammate, Xavier Clark in third with a distance of 6.69 meters.

“We had a good meet especially with us not being able to compete in almost a year,” Alabama State head coach Ritchie Beene said. “When you look at the results, there were some good professional athletes there and we were finishing right behind them. We competed with a small group of student-athletes today, and they performed at a high level.

“Today’s performances put several of our student-athletes in the rankings of the NCAA with Tionna (Brown) ranked number one overall in the 60-meters. I know it will only get tougher from here, but this is the way you want to start.”

On the women’s side, Tionna Brown finished fourth in her first indoor meet of her career for the Lady Hornets, running a time of 7.53 seconds and was the top collegiate runner in the field. She finished just behind Christina Clemmons (Adidas) and Tynia Gaither (Elite Performance).

Halima Barlow finished sixth overall, but as the top collegiate student-athlete, in the 300-meters with a time of 40.86 seconds. She finished just behind Carline Muire (Canada) in a time of 40.86 seconds for a top-five finish. Michaela Lewis finished third in the 600-meter run, and second overall as a collegiate student-athlete with a time of 1:33.19; finishing just behind Edita Sklenska of Troy at 1:33.19.

Abdi Hussein finished just outside the top five in the 300-meters with a time of 8:52.87, finishing behind Nate Pudner of South Alabama. Caesar Kemp finished fifth in the shot put with a distance of 14.15 meters, just behind Morgan Reese of Troy at 14.20 meters.

The team returns to action Saturday morning at the Birmingham Crossplex for the Vulcan Invite hosted by UAB. The meet begins at 9 am, and again no spectators will be allowed inside the venue due to COVID-19 protocols.