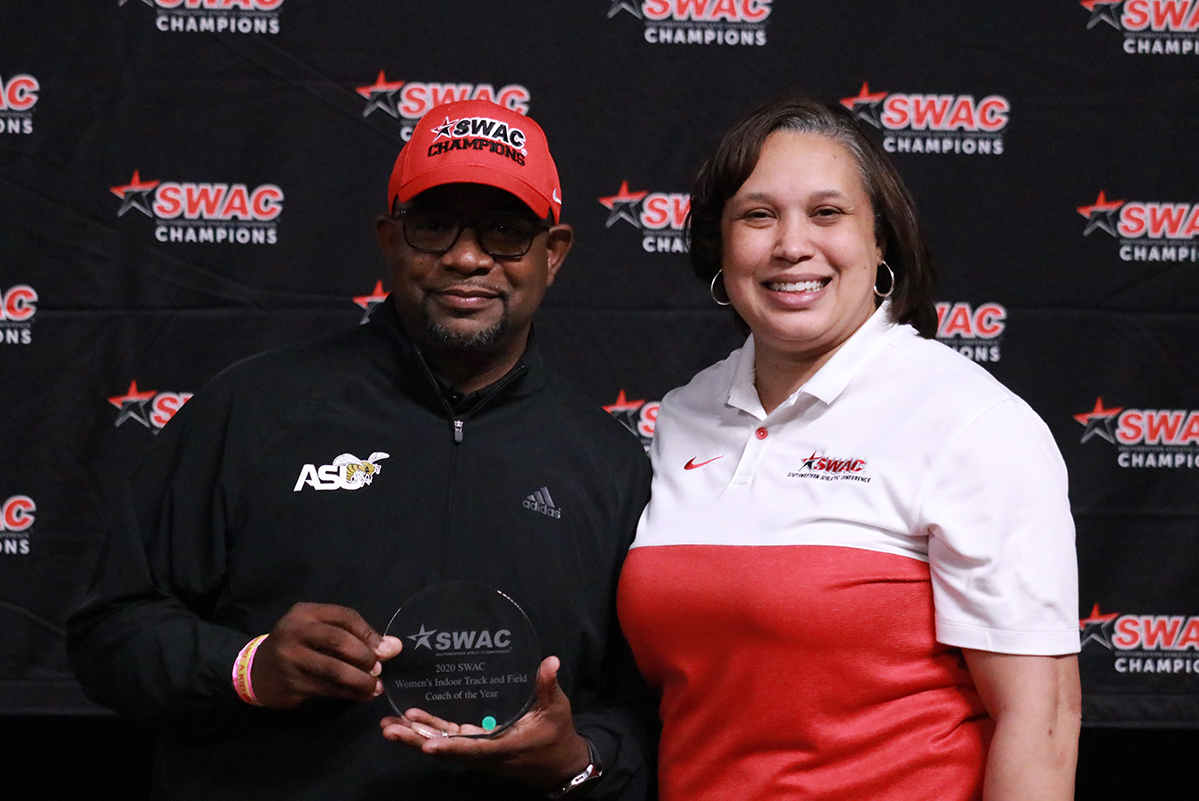 The Hornets sting the competition for the fourth year in a row.

The men became the first school since 1976 to win four consecutive titles, using performances from SWAC Field Performer of the Year Marcus Cade and Track Performer of the Year Abdi Hussein to win the event with 171.5 points to pull away from Prairie View A&M in second (139) and Jackson State in third (122). The duo combined for 49 points in the championship.

Meanwhile, the Lady Hornets claimed their 12th consecutive championship and 16th championship since 2002 with their performance this week. Alabama State finished the meet with 183.5 points, to easily outdistance themselves from Prairie View A&M who finished with 146 points.

In field events, Cade finished fourth in the triple jump with a distance of 14.25 meters, while Caesar Kemp reached the medal stand for the second time this week as he finished second in the weight throw with a distance of 17.07 meters. Meanwhile, Chaaka Trahan finished third in the Heptathlon to close his week.

The Hornets also finished third in the 4×400-meter relay to close out the event.

Meanwhile, on the women’s side, Charminiqu Hackney and Shamaria Lovett won championships with Hackney winning the 60-meter dash in a time of 7.54 seconds. She was joined by Kyana Evans (third), Nia Jack (fifth) and Lovett (sixth) in the finals, while Lovett won the 60-meter hurdles in a time of 8.43 seconds.

In the field, LaTe’sha Locker recorded a pair of top five finishes in the high jump (third) and pole vault (fourth), while Kristen Thompson finished fourth in the shot put with a Crossplex record at the time of 13.66 meters.

The Lady Hornets finished second in the 4×400-meter relay to close out the event.