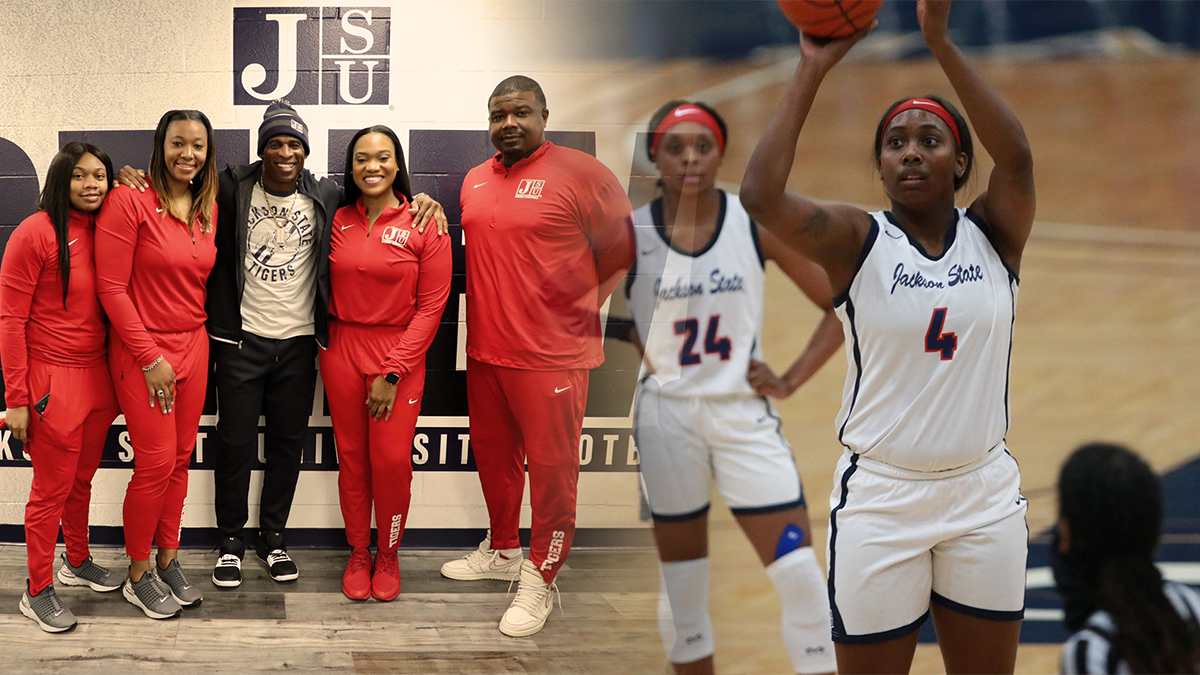 Jackson State women win with Deion Sanders in the house

Saturday’s game was the first home athletic event of the academic year.

It was the first home athletic event for the academic year and Jackson State made it a Prime Time affair. The JSU women’s basketball team beat Alcorn State 66-31 on Saturday with Deion Sanders, the Tigers football team, and a full camera crew in attendance.

Deion Sanders took pictures with the team earlier in the week and was there to offer his support on Saturday. The new Jackson State football coach was upstairs in the newly renovated Lee E. Williams Athletics and Assembly Center wearing a no. 21 jersey.

Tomeka Reed and her team played locked down defense against Alcorn State. Within the first eight minutes of the game, JSU had already opened up a 20-5 lead. By the end of the first quarter, it was a 26-9 ballgame.

Both teams put up ten points in the second quarter for a 36-19 score at the break.

Jackson State outscored Alcorn 12-7 in the third quarter and 18-5 in the fourth quarter to ultimately hand Alcorn State a 66-31 loss. It should be no surprise that Ameshya Williams led the way for Jackson State with 22 points, 12 rebounds, and five blocks. Saturday’s performance was her fifth double-double of the season.

Jackson State improves to 3-5 overall and 2-1 in the SWAC. The Lady Tigers lost last week on the road at Alabama State. The Lady Braves fell to 1-5 on the season with the loss.

Jackson State women win with Deion Sanders in the house