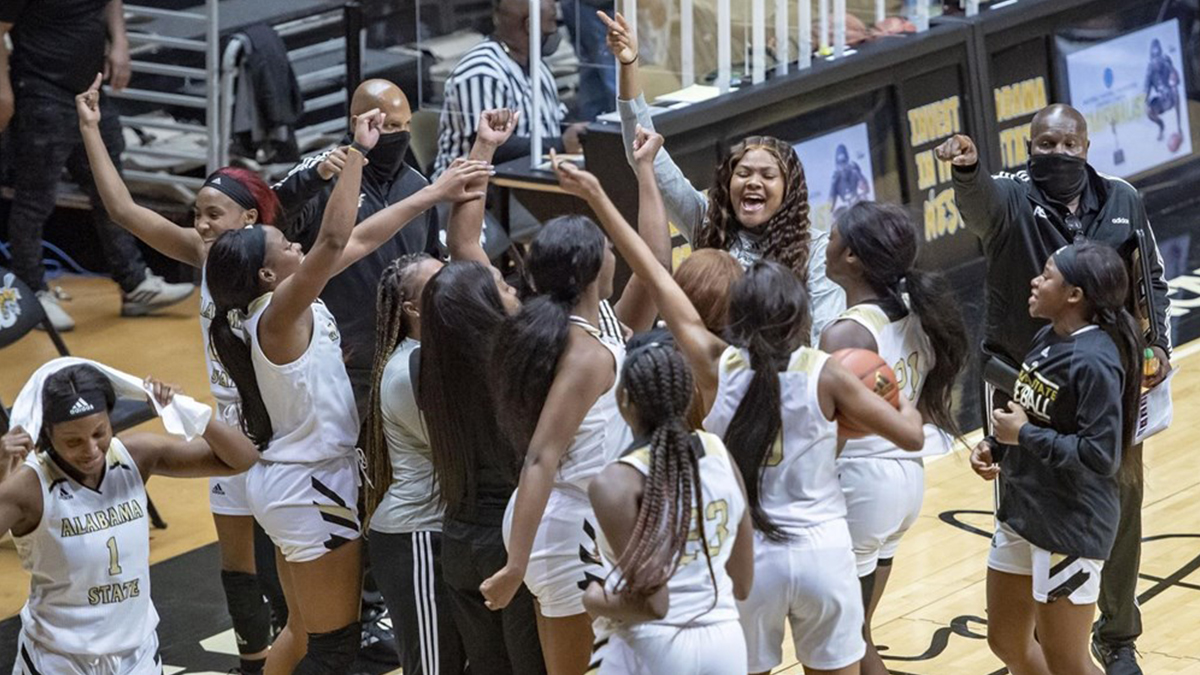 “I’m so proud of these young ladies and how they’ve dealt with these things on and off the court,” head coach Freda Freeman-Jackson said. “You’re talking about a situation where we didn’t have the opportunity to play non-conference, then Saturday’s game was canceled. I’m just so grateful for the character that they’re shown throughout this pandemic process.”

Alabama State (1-0, 1-0 SWAC) was able to hold an advantage throughout the entire fourth quarter and secure its first win in a conference opener since 2015. Jackson State (2-5, 1-1 SWAC) was able to draw within two points with three seconds left, but Jayla Crawford poked the ball out of SWAC Player of the Year Ameshya Williams’ hands to steal the victory.

The Lady Hornets came out hot to begin the game, rushing out to a 10-2 lead behind a couple threes from Crawford and Ayana Emmanuel. Crawford led Alabama State with 18 points in the contest and added seven rebounds, while Emmanuel scored 15 points and led the team with four steals.

Freshman Farrah Pearson shined in her first collegiate basketball game. The forward tallied 15 points with the help of a trio of three-pointers and stuffed the stat sheet with three rebounds, two assists and two steals in the contest.

After missing all of last season with an injury, junior Shmya Ward made her presence felt in her first game back. The Memphis native racked up 10 points and grabbed 10 boards for her seventh career double-double.