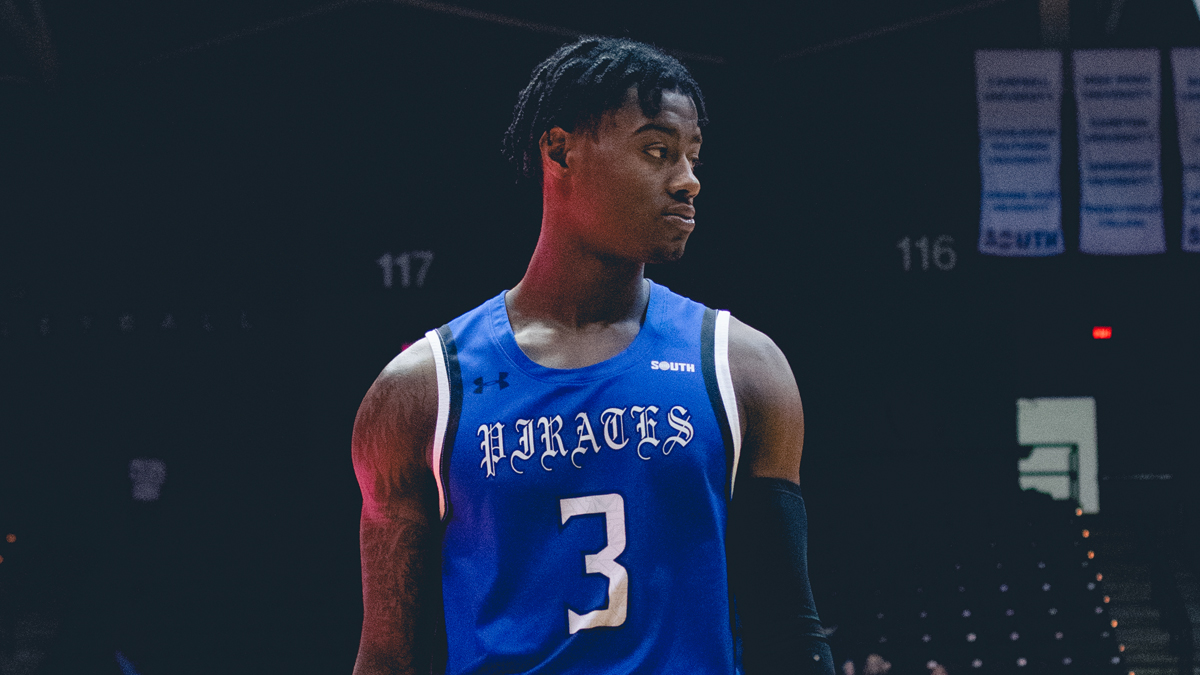 Hampton University faced an uphill climb in the second half but it got another big game from Davion Warren to win against a Big South opponent.

When Davion Warren is rolling, watch out for Hampton basketball..

Warren scored 20 of his career-high 32 points in the second half and hit two free throws with one second left as Hampton rallied from a 13-point second half deficit to defeat UNC Asheville 73-71 on Saturday afternoon.

A free throw by Jamon Battle gave the Bulldogs a 55-42 lead with 16 minutes remaining.  Hampton scored the next nine points as Warren drained his only 3-pointer of the night to pull the Pirates to 55-51 at the 12 minute mark.

UNC Asheville (4-6, 3-2) kept the Pirates at bay holding a 64-59 lead after a Cody Jude 3-pointer at the 7:37 mark, but Hampton answered with layups by Marquis Godwin, Warren and Dajour Dickens to take a 65-64 advantage with 5:53 to play.  The Dickens layup gave Hampton its first lead since a Dickens dunk at the 5:31 juncture for a 27-26 advantage.

The teams traded leads for the next couple minutes with Hampton (5-7, 4-3) regaining the advantage on a Daniel Banister layup with 3:05 remaining to lead 71-69.  Battle hit a layup with 1:58 left to even the game for Asheville.

Following a couple empty possessions for both squads, Warren came away with the defensive play of the night blocking a dunk attempt with 38 seconds left.  UNC Asheville had to foul four times to put Hampton into the bonus and Warren swished a pair with one second remaining for the final margin.

Dickens tied his season high with seven blocks to go with eight points and six rebounds, while Banister added seven and six boards.

The same two teams close out the two-game set on Sunday afternoon at 1 pm.