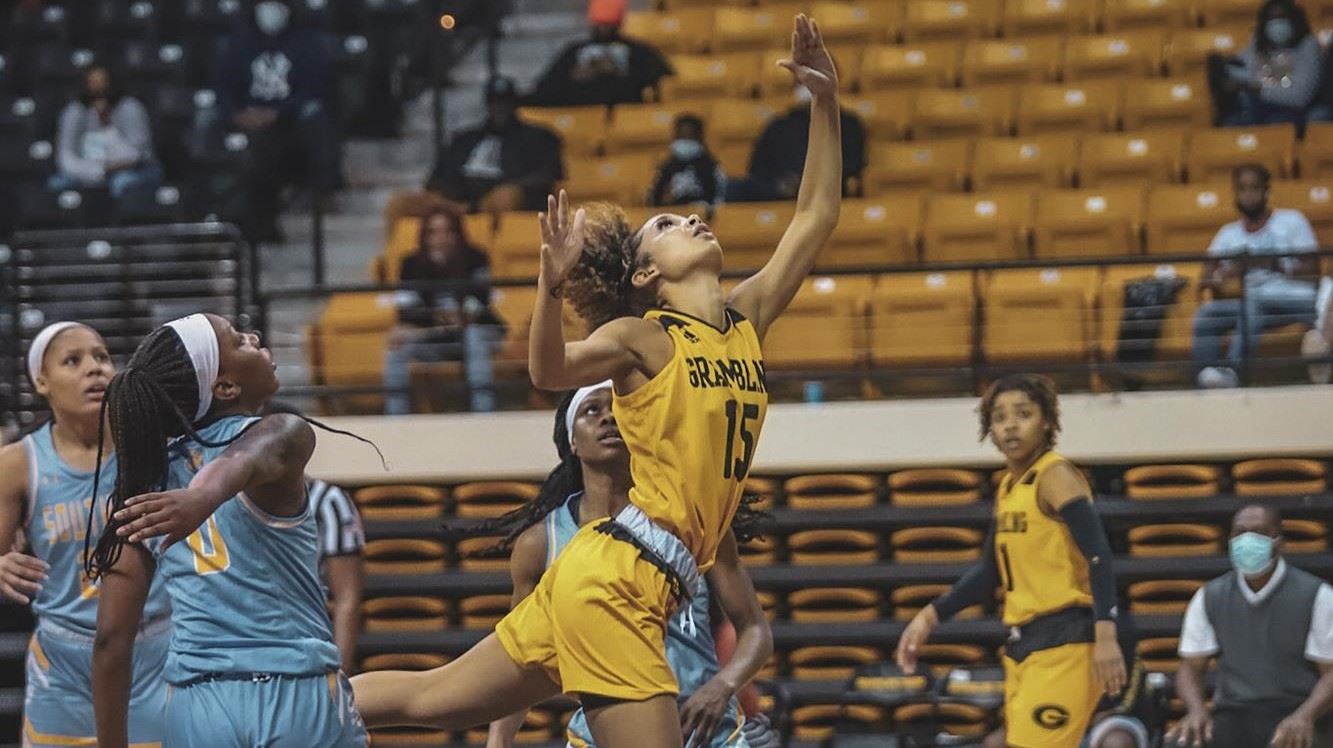 Grambling women get first SWAC win at expense of Southern

The Lady Tigers squeeze out a tight win against their biggest rival.

GRAMBLING, La. | After taking the court for competition for the first time since December 13, four Lady Tigers scored in double figures as Grambling State rolled past Southern University by the score of 67-64 in their first Southwestern Athletic Conference (SWAC) contest of the season on Saturday afternoon at the Frederick C. Hobdy Assembly Center.

Southern University (1-7 overall, 1-1 SWAC) came in hot with an 8-0 run capped by a Caitlin Davis 3-pointer, but the Lady Tigers were able to close the gap by the end of the first quarter, trailing 18-17.

Southern played catch-up later on as they led in third quarter points (19 to18) but still trailed 49-45 at the end of the period.

With 34 seconds remaining in the fourth, Candice Parramore made 1-of-2 free-throws as the Lady Tigers led 65-62. Kayla Watson produced a lay up to make it a one-point game, 65-64 as Grambling State called a timeout. Alexus Holt was fouled by Tyneisha Metcalf and was able to close out the game with a pair of free throws.

Amani McWain paced Southern with a double-double, including 17 points, 10 rebounds and two assists. Davis added 12 points, one rebound, two assists and one steal while teammate Raven White added 10 points and seven rebounds. Teneara Moore tallied 10 points, four rebounds and one assist in the loss for the Lady Jags.

> The Lady Tigers registered 29 rebounds, including 14 on the defensive glass

> The Lady Jaguars pulled down 36 rebounds, with 22 coming on the defensive end

Grambling women get first SWAC win at expense of Southern