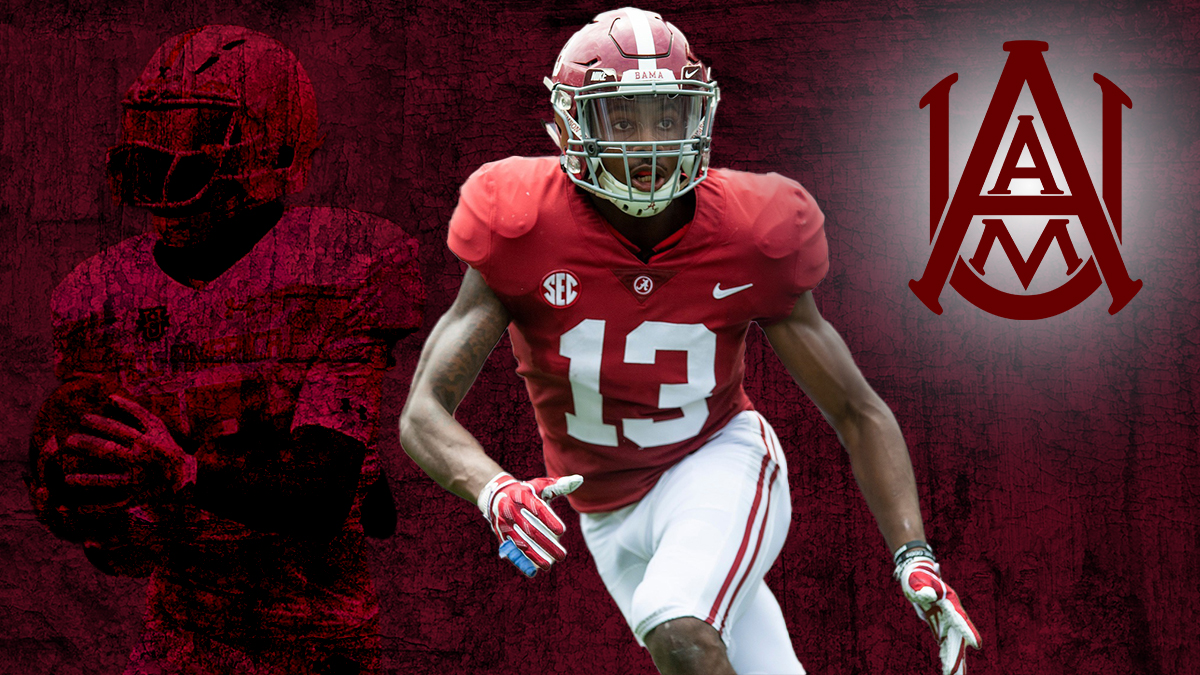 Former Alabama defensive back Nigel Knott saw his time there cut short by injury. After a short stint at East Carolina he could be headed back to Alabama, but not for the Tide.

There are Power Five transfers — and then there are Alabama transfers like Nigel Knott.

Former Alabama defensive back Nigel J. Knott is considering his options after a short stint at East Carolina. He announced he had an offer from Alabama A&M via Twitter.

The Madison, Mississippi native has not played since the 2018 season after suffering an injury that effectively ended his career at Alabama. He played 10 games that year as a redshirt sophomore, primarily on special teams. After being told that Alabama doctors wouldn’t clear him to play, Knott stayed enrolled in school but ultimately committed himself to schoolwork, rehabbing and East Carolina University.

Knott never saw the field at ECU in 2020, which means he’ll have more time to play at his next stop.

“I want to take the time to thank East Carolina University for a wonderful opportunity,” Knott said. “I had a wonderful year. I will be entering the transfer portal to continue playing college football. I currently have two years of eligibility and a 3.1 GPA. Thank you to the wonderful staff, community, and fans. Love you guys.”

Nigel Knott could be next P5 transfer

Knott was a highly coveted prospect coming out of high school. He was a unanimous four-star prospect and ranked as the fifth-best cornerback in the 2016 class by both Rivals and ESPN.

Now, if Nigel Knott heads to Huntsville, Alabama, he won’t be the only former Power Five player joining the fold. Just after the new year AAMU landed one from former Michigan signee Osman Savage.

CORRECTION: Our initial post stated Nigel Knott had committed to Alabama A&M. As of Sunday, Jan. 10 he has an offer but has not committed.