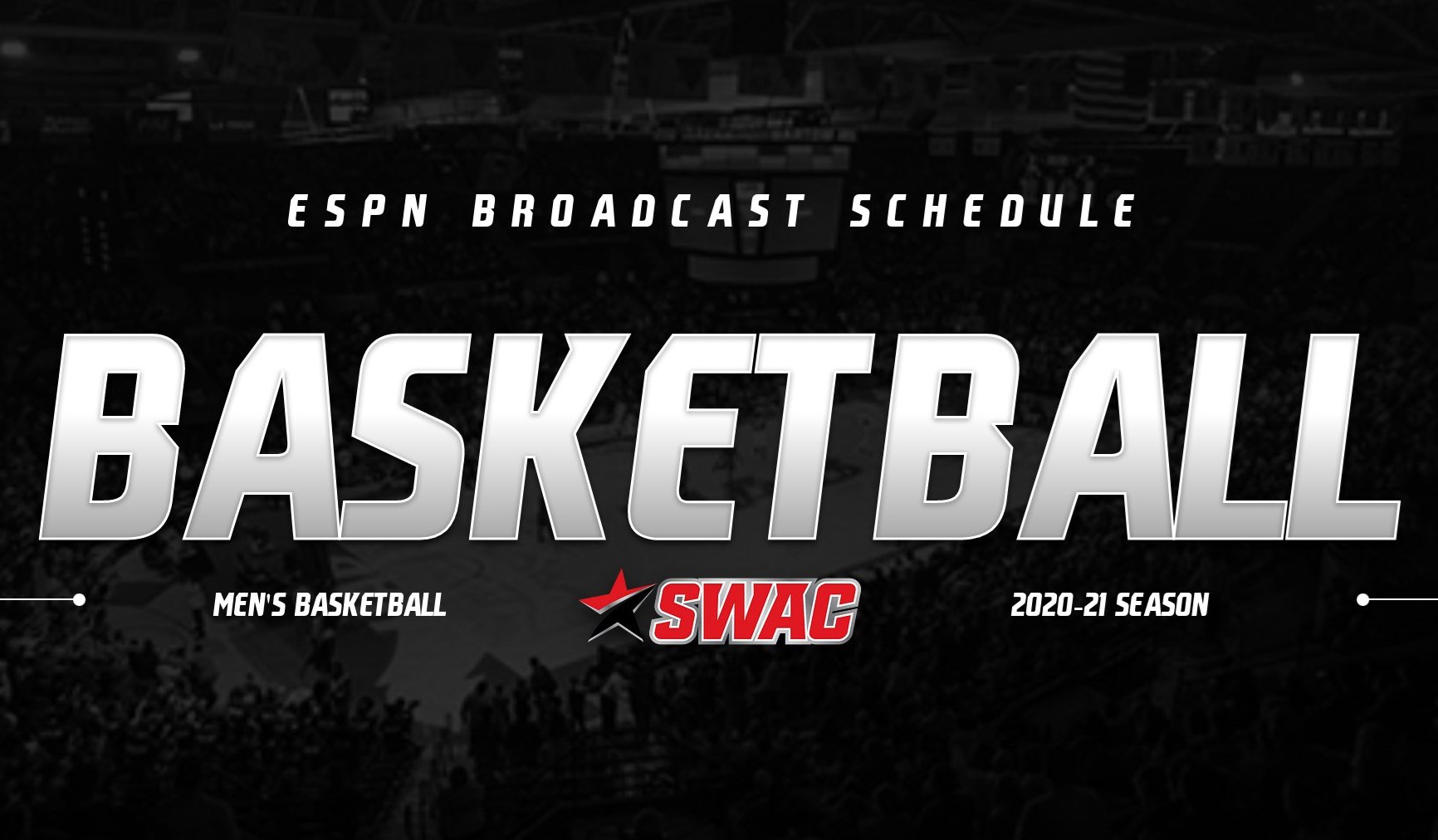 The schedule of SWAC basketball games on ESPN has been altered. Jackson State will feature heavily into the schedule.

BIRMINGHAM, Ala.- The Southwestern Athletic Conference (SWAC) has announced an adjustment to its upcoming men’s basketball ESPN broadcast schedule for the 2020-21 season.

The SWAC nationally televised schedule is now slated to tip-off on Monday, January 4 in Montgomery, Alabama as the Alabama State Hornets host the Jackson State Tigers live on ESPNU at 8:00 pm CST.

The SWAC’s nationally televised lineup for men’s basketball features a total of four regular-season contests along with the 2021 Cricket Wireless SWAC Men’s Basketball Tournament semifinals and finals scheduled to be carried on ESPN platforms.

An updated listing of SWAC men’s basketball games slated for broadcast on ESPN can be found below.

The Grambling State women’s basketball program is on pause due to COVID-19, the SWAC announced on Wednesday. GSU was slated to start its conference schedule on Jan. 2 against Alabama State and on Jan. 4 against Alabama A&M.

This news comes one day after it was revealed both Texas Southern and Alabama A&M’s men’s basketball programs were set to pause over the weekend.

Make-up dates for these games have not been announced.