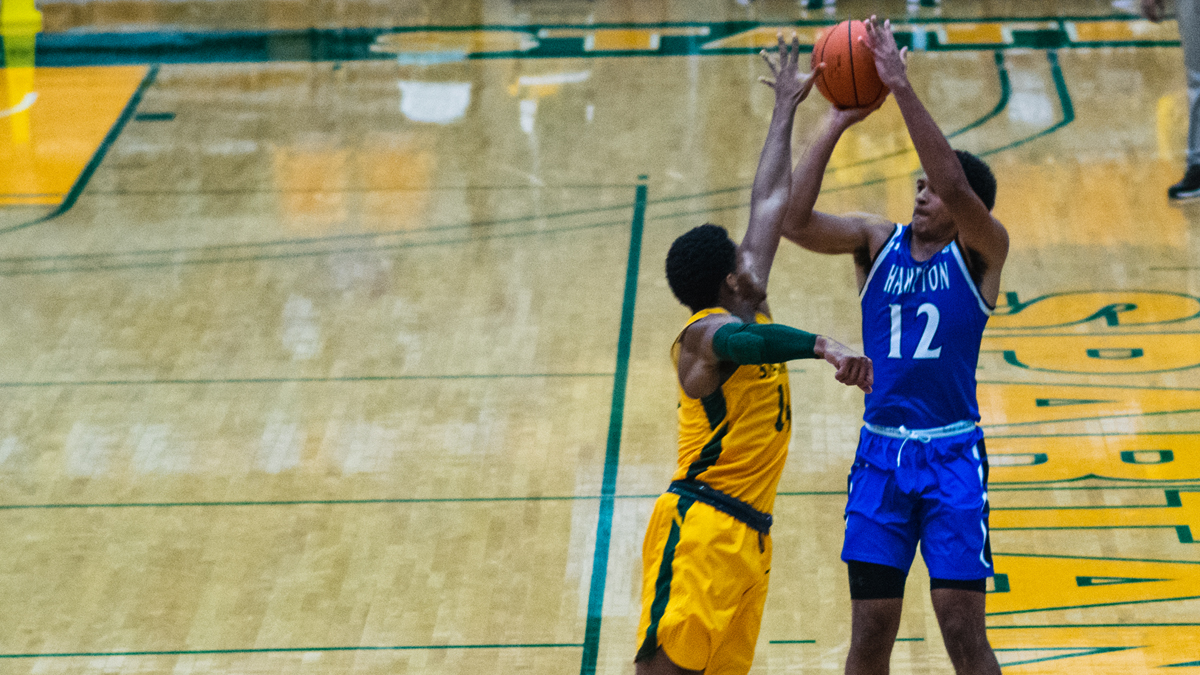 Hampton remains off to a fast start in Big South play as it got career days from Chris Shelton and Davion Warren.

HAMPTON, Va. – Hampton opened Big South Conference play 3-0 for the first time on Wednesday with an 80-69 win over Gardner-Webb. Vareer-highs from Davion Warren with 31 points and Chris Shelton‘s 22 points lead the way.,

Deuce Dean also joined the career-high group dishing out 14 assists as Hampton evened its record at 4-4 and 3-0 in the Big South Conference.  The Pirates are 3-0 for the first time in league since the 2015-16 team started 6-0 in MEAC play.

The Runnin’ Bulldogs started the game with the first seven points to lead 7-0 on a Lance Terry 3-pointer with 17:06 left in the half.  A 3-ball from Shelton got Hampton on the board 63 seconds later and started a 14-0 run by the Pirates.  Warren scored the last five points of that run to lead 14-7 following a 3-pointer at the 11:28 mark.

Hampton matched its season high of 10 3-pointers and hit a season-best 45.5% from behind the arc.  Shelton going 6-for-7 matched the school record for highest 3-point percentage in a game (85.7%) last done by Lysander Bracey on Feb. 3, 2018 against N.C. A&T. Warren’s performance came on the heels of his Big South Player of the Week award.

Anthony joined Shelton and Warren in double figures with 10 points, while Daniel Banister just missed with a career-high eight points.  The same two teams will tangle on Thursday at noon inside the Hampton University Convocation Center.